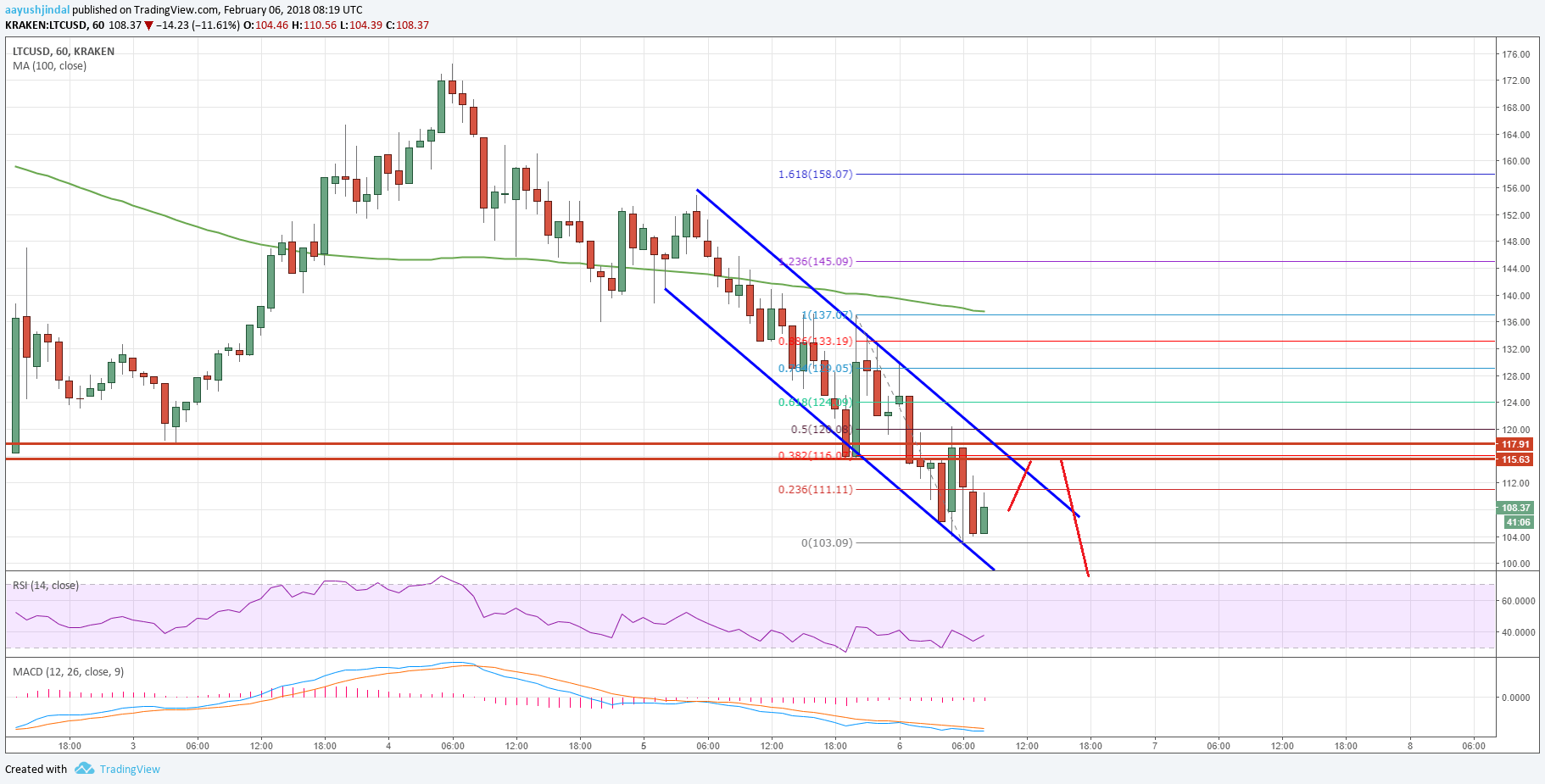 Litecoin price is under a lot of pressure and declined below $120 against the US Dollar. LTC/USD may continue to decline and it could even break the $100 support level.

There were further losses in litecoin price during the past few sessions from $140 against the US dollar. The LTC/USD pair failed to hold the $130 and $120 support levels and traded below the $110 level.

At the moment, there is a major descending channel forming with current resistance at $112.00 on the hourly chart of LTC/USD pair. The pair could correct a few points from the current levels, but it is very likely to face sellers near $110-112.

The most important resistance is near the $120 level. It was a support earlier and now it could prevent upsides. The mentioned $120 resistance is also near the 50% Fib retracement level of the last decline from the $137.07 high to $103.09 low.

On the downside, the recent low of $103.00 is a short-term support followed by $100. If the current bearish trend remains intact, the price may decline below the $100 level as well.