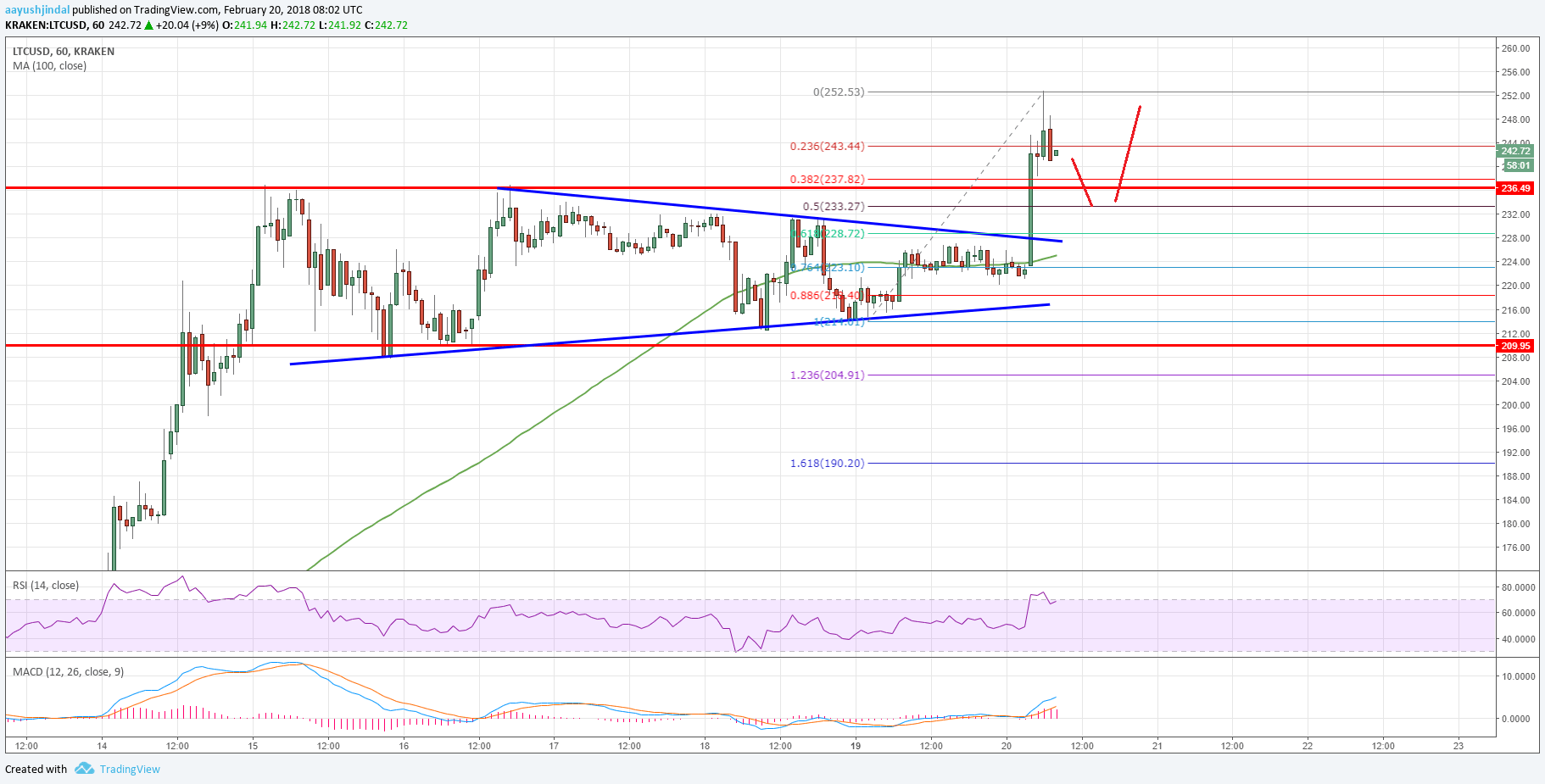 Litecoin price made a nice upside move above the $235 resistance against the US Dollar. LTC/USD is currently correcting lower, but it remains supported on the downside.

The past few hours were mostly bullish above $220 in litecoin price against the US dollar. The LTC/USD pair started a fresh upside wave and moved above the $230 and $235 resistance levels to set the pace for more gains.

The pair settled above the $230 level and surpassed the 100 hourly simple moving average. The upside was decent as the price was able to move above the $240 and $250 resistance levels. A high was formed at $252 from where the price started a downside correction.

More importantly, yesterday’s highlighted contracting triangle with resistance at $230 was breached on the hourly chart of the LTC/USD pair. At the moment, the price is trading below the 23.6% Fib retracement level of the last wave from the $214 low to $252 high.

However, there are many supports on the downside above $230. An initial support is at $235, which was a resistance earlier. It also coincides with the 38.2% Fib retracement level of the last wave from the $214 low to $252 high.

Moreover, the $230 level is also a decent support on the downside. Therefore, if the price corrects lower from the current levels, then the $230 and $235 support levels are likely to act as buy levels.

On the upside, the $250 resistance is a major hurdle for buyers. A break and close above the $250 level is needed for buyers to take charge for more gains toward the $265-270 levels in the near term.