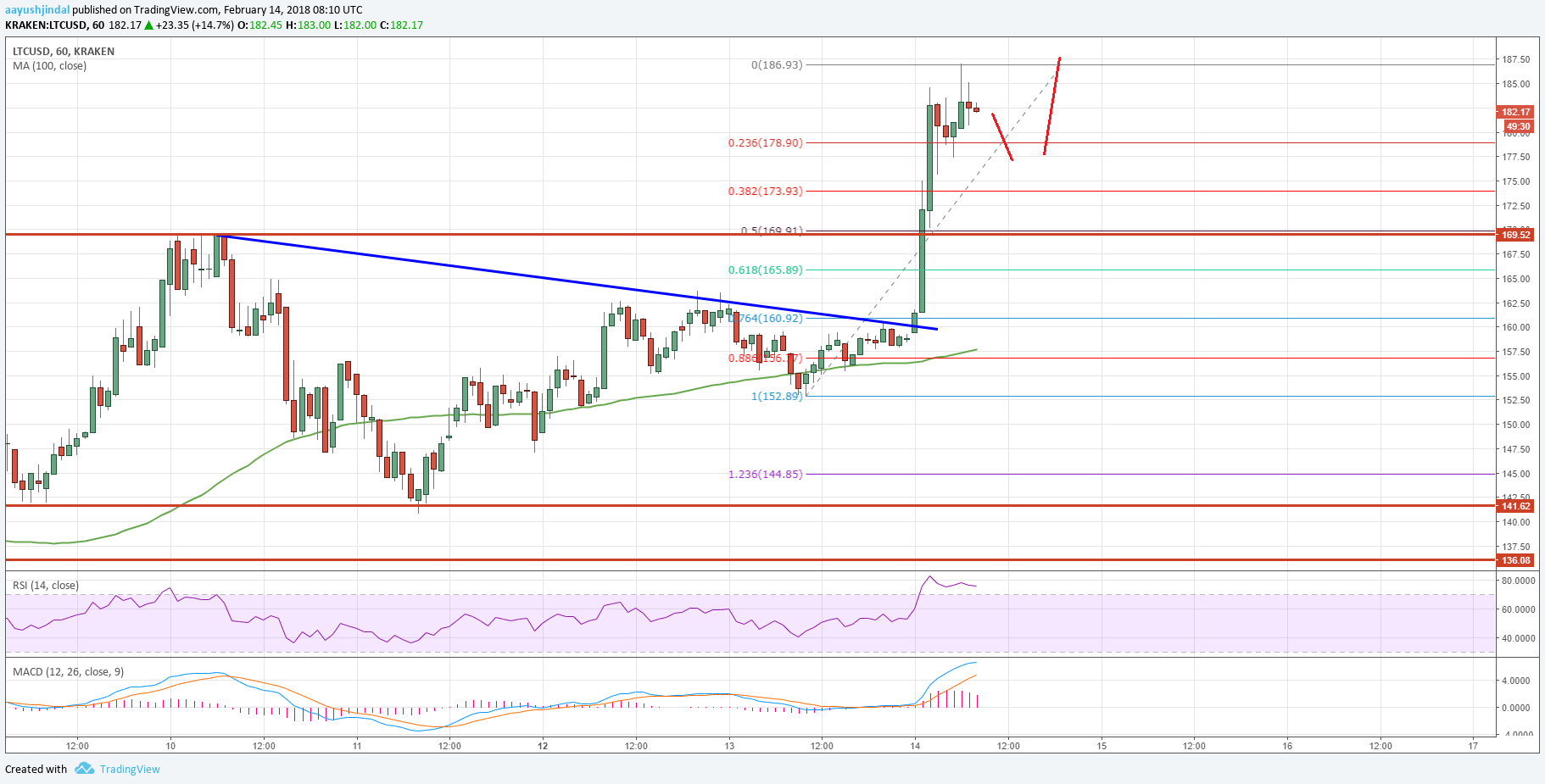 Litecoin price is gaining upside momentum above $165 against the US Dollar. LTC/USD broke a major resistance and is currently eyeing further gains.

In the past few analysis, we discussed above the $165 resistance in litecoin price level against the US dollar. The LTC/USD pair finally made a nice upside move and was able to break the $150 and $165 resistance levels.

During the upside move, the price was able to surpass the sell offers near the $160 level and settled above the 100 hourly simple moving average. Moreover, there was a break above a major bearish trend line with resistance at $159 on the hourly chart.

The pair gained heavy upside momentum and broke the $180 resistance as well. It traded as high as $186.93 and the price is currently correcting lower. An initial support on the downside is around the 23.6% Fib retracement level of the last wave from the $152.89 low to $186.93 high.

Overall, the recent upside break was positive above the $165 level. LTC/USD could correct lower in the short term, but it is likely to resume its upside above $180.