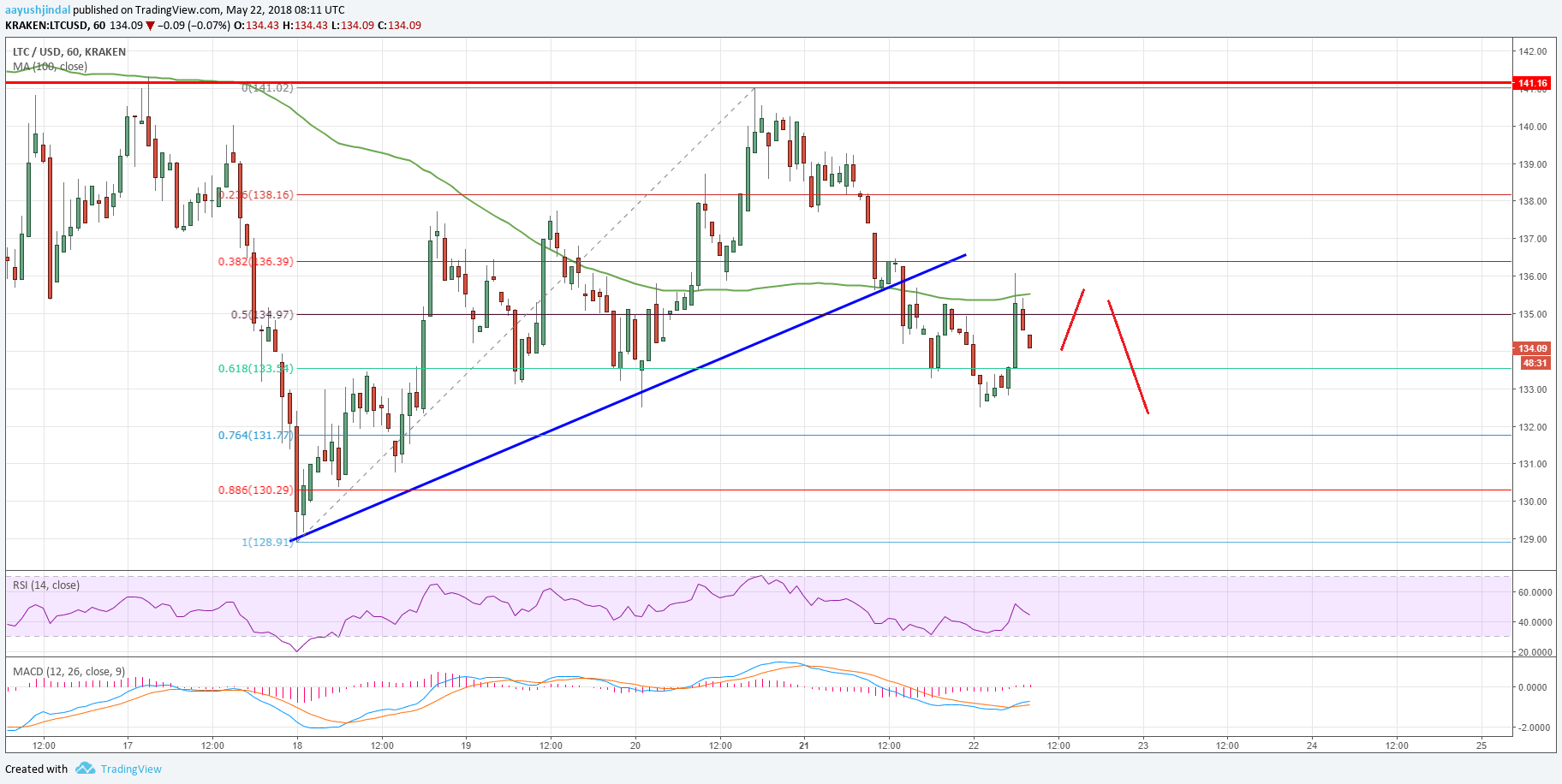 Litecoin price failed to move above the $142 resistance and declined against the US Dollar. LTC/USD is now trading below the 100 hourly simple moving average and $140.

After a brief failure to move above the $142 resistance, litecoin price started a downside move against the US dollar. The LTC/USD pair declined and broke the $140 and $135 support levels.

Looking at the chart, the price failed on more than two occasions to break the $142 resistance. Therefore, the current downside move extend if the price fails to stay above $130. 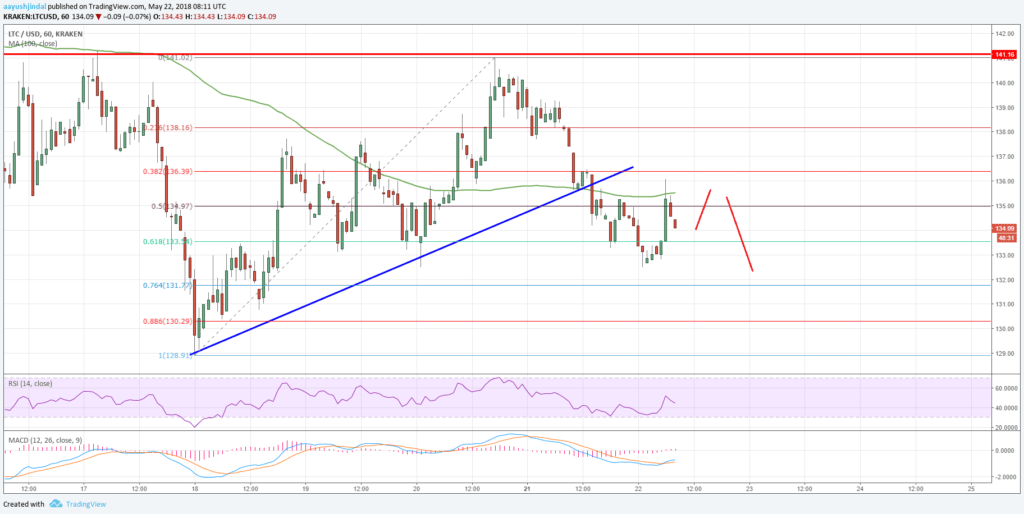 During the recent downside move, the price broke the 50% Fib retracement level of the last wave from the $128 low to $141 high. More importantly, there was a break below a key bullish trend line with support at $136 on the hourly chart of the LTC/USD pair.

The pair declined further and even settled below the $135 level and the 100 hourly simple moving average. It almost tested the 76.4% Fib retracement level of the last wave from the $128 low to $141 high.

The next important support sits near $130, followed by the last swing low of $128. On the flip side, a push above the $136 level may open the doors for more recoveries and litecoin price may even retest the $142 resistance.