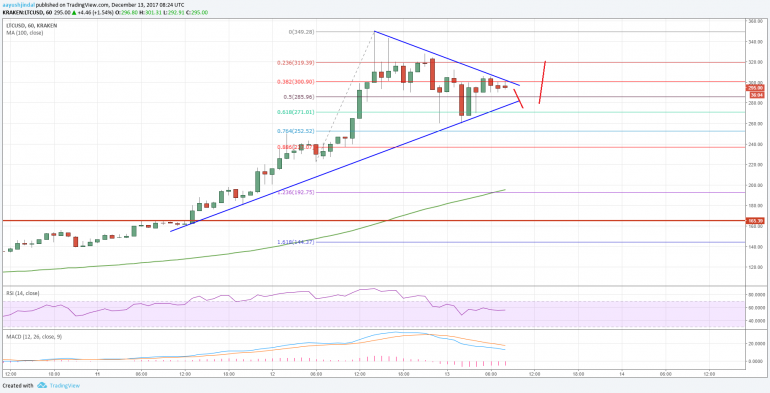 Litecoin price surpassed the $340 level against the US Dollar. LTC/USD is currently correcting, but it remains bullish above $300.

The upside move was very strong and the price was able to post a new all-time high at $349. Later, a minor correction was initiated and the price moved below the 50% fib retracement level of the last wave from the $222 low to $349 high.

However, the downside move was protected by yesterday’s highlighted bullish trend line with current support at $275 on the hourly chart of LTC/USD.

The pair also found bids near the 61.8% fib retracement level of the last wave from the $222 low to $349 high. It is now moving nicely above the $250-270 support levels and it seems like there is a major contracting triangle forming with current support at $275 on the hourly chart.

On the downside, the $275 and $250 levels are important supports. The price has to stay above the stated supports to avoid a retest of the $200 handle in the near term.