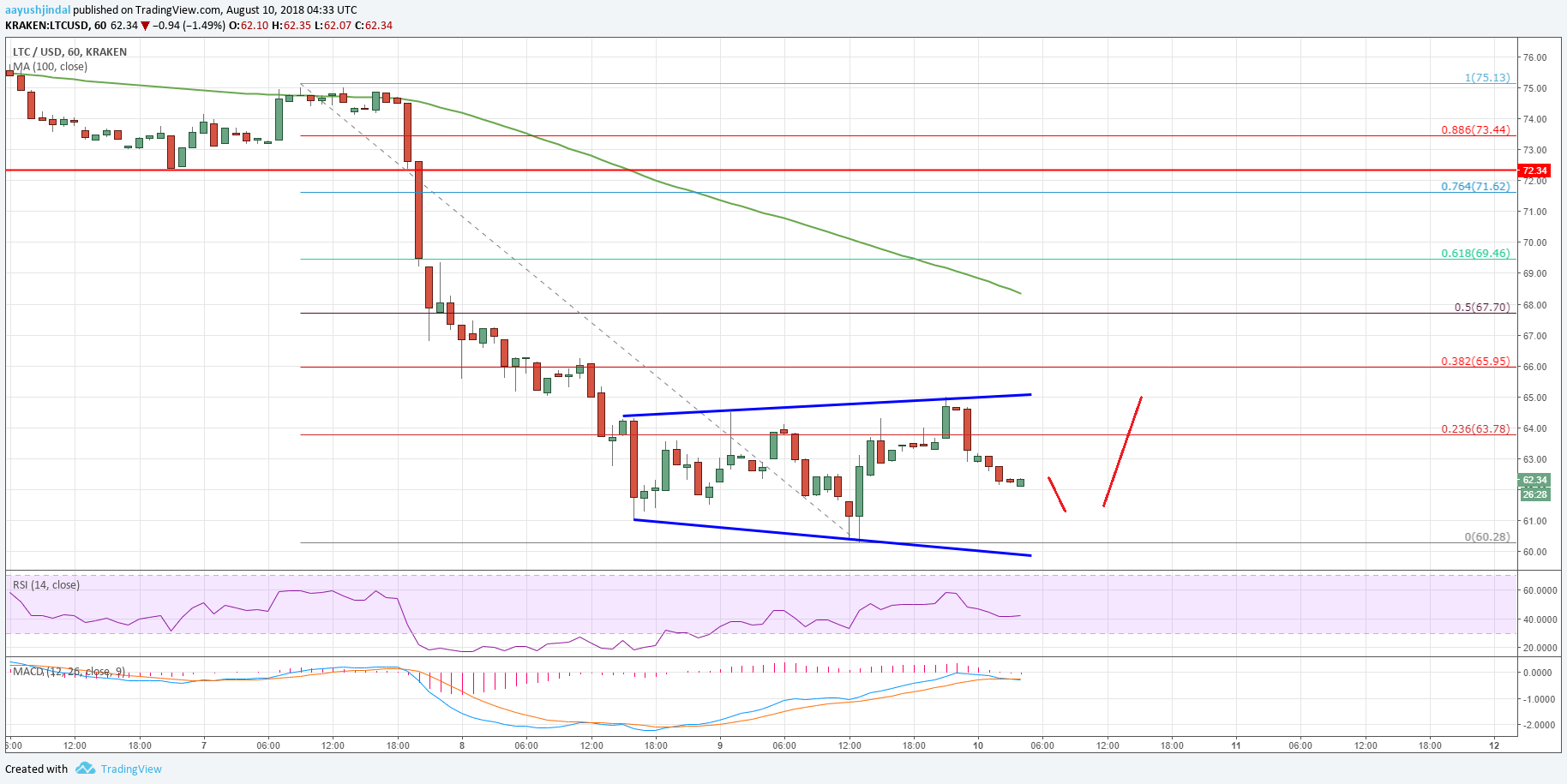 Litecoin price is holding a key support near the $60.00 level against the US Dollar. LTC/USD may perhaps slowly recover as long as it is above $60.00.

This week, we saw nasty declines from well above $70.00 in litecoin price against the US dollar. The LTC/USD traded lower and tested an important support near the $60.00 level.

Looking at the chart, LTC price formed a low near $61.06 yesterday and later recovered. However, upsides were capped and later a new low was formed at $60.28. 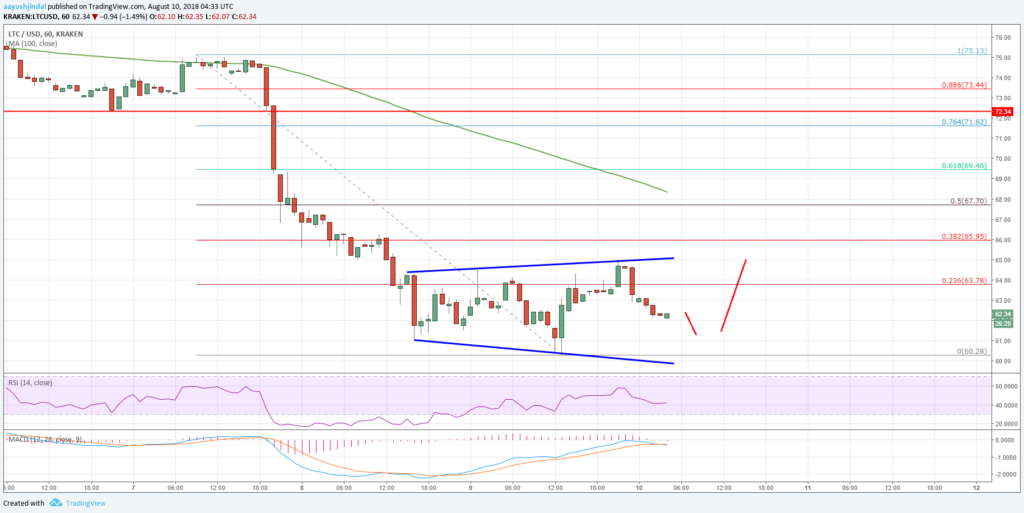 At the moment, it seems like there is a key expanding triangle forming with resistance near the $65.00 level on the hourly chart of the LTC/USD pair. The pair is currently moving lower and it could revisit the $62.00 support.

Overall, litecoin price is holding the $60.00 support area and as long as bulls are active above $60.00, there could be a decent recovery in the near term.