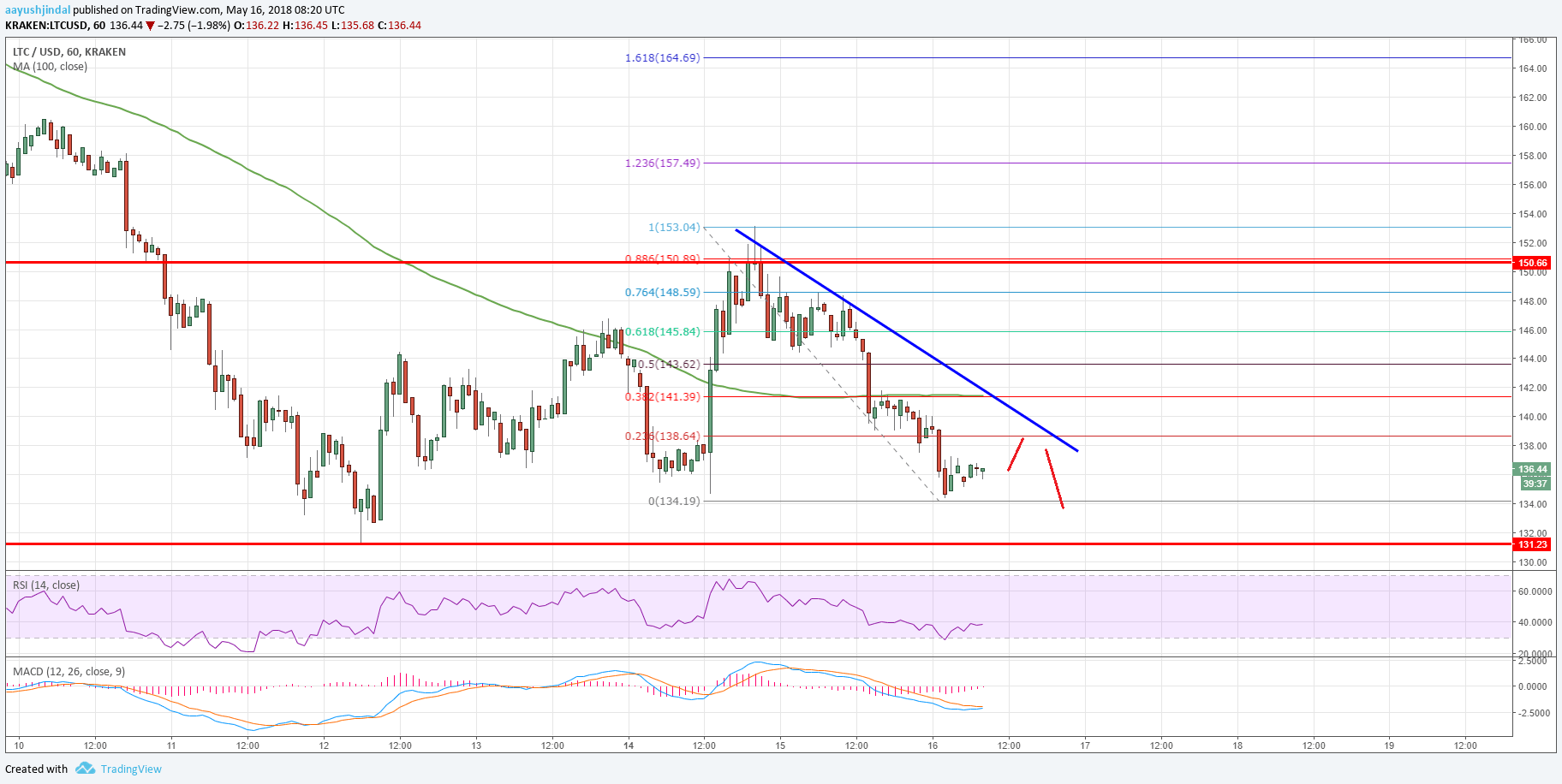 Litecoin price failed to stay above the $140 support level and declined against the US Dollar. LTC/USD buyers lost control and the price is now at risk of more losses.

Yesterday, we discussed the chances of litecoin price staying above the $140 support against the US dollar. The LTC/USD pair failed to hold the stated support and resumed it downtrend from the $153.04 swing high.

Looking at the chart, the price declined below the $140 support and even settled below the 100 hourly simple moving average. There was a break below the 61.8% Fib retracement level of the last leg from the $131.23 low to $153.04 high. 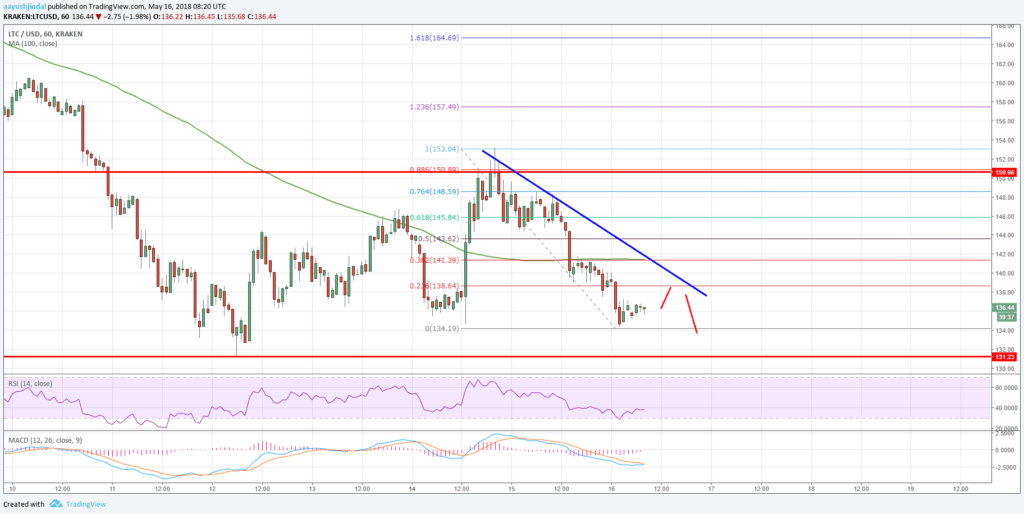 It opened the doors for more losses and the price traded towards the $135 level. A low was formed at $134.19 before the price found buyers and started a consolidating losses.

On the upside, an initial resistance is around the 23.6% Fib retracement level of the last decline from the $153.04 low to $134.19 high. There is also a connecting bearish trend line forming with resistance at $140 on the hourly chart of the LTC/USD pair.

Therefore, if the price corrects higher, the previous support levels at $140 and $142 are likely to prevent upsides in the near term. A successful close above $142 could open the doors for a push above the $150 level.

On the flip side, if the price fails to correct higher and moves down, then it may perhaps retest the last swing low of $131.20.