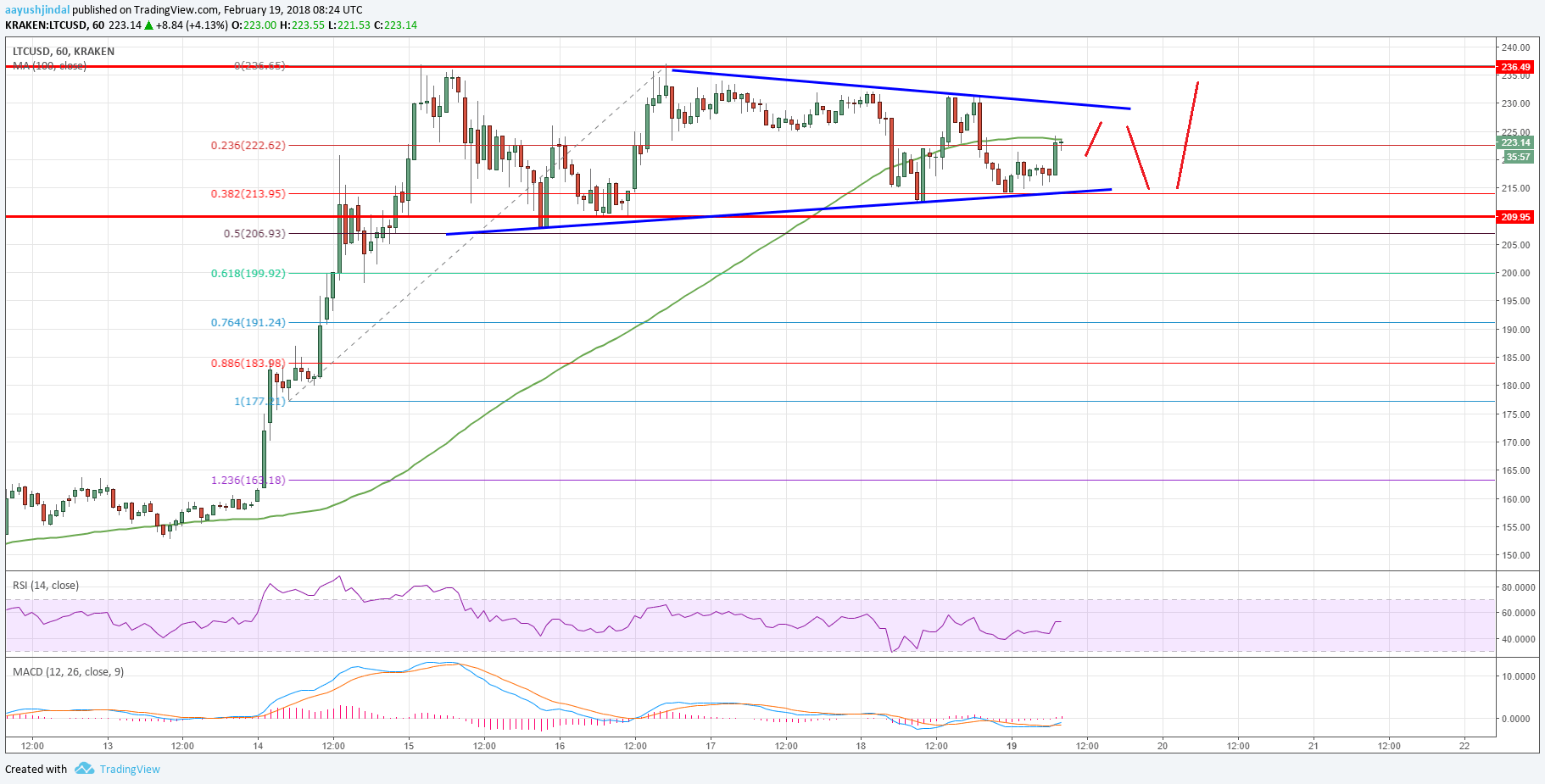 Litecoin price is struggling to break the $235 resistance against the US Dollar. LTC/USD is currently forming a range pattern with support near the $210-215 area.

This past week, we saw a nice upward move above $200 in litecoin price against the US dollar. The LTC/USD pair was even able to move above the $220 resistance, but it struggled to gain pace above the $235 resistance level.

The pair formed a high near $235 and started a downside move. It declined below the $220 support and settled below the 100 hourly simple moving average. There was also a break below the 23.6% Fib retracement level of the last upside wave from the $177 low to $236 high.

However, the downside move was limited as the pair found support near $210. Moreover, the 50% Fib retracement level of the last upside wave from the $177 low to $236 high also acted as a support and prevented further declines.

The pair started consolidating losses and it seems like there is a contracting triangle forming with support at $215 on the hourly chart of the LTC/USD. There could be more ranging moves below $235 until the next move.