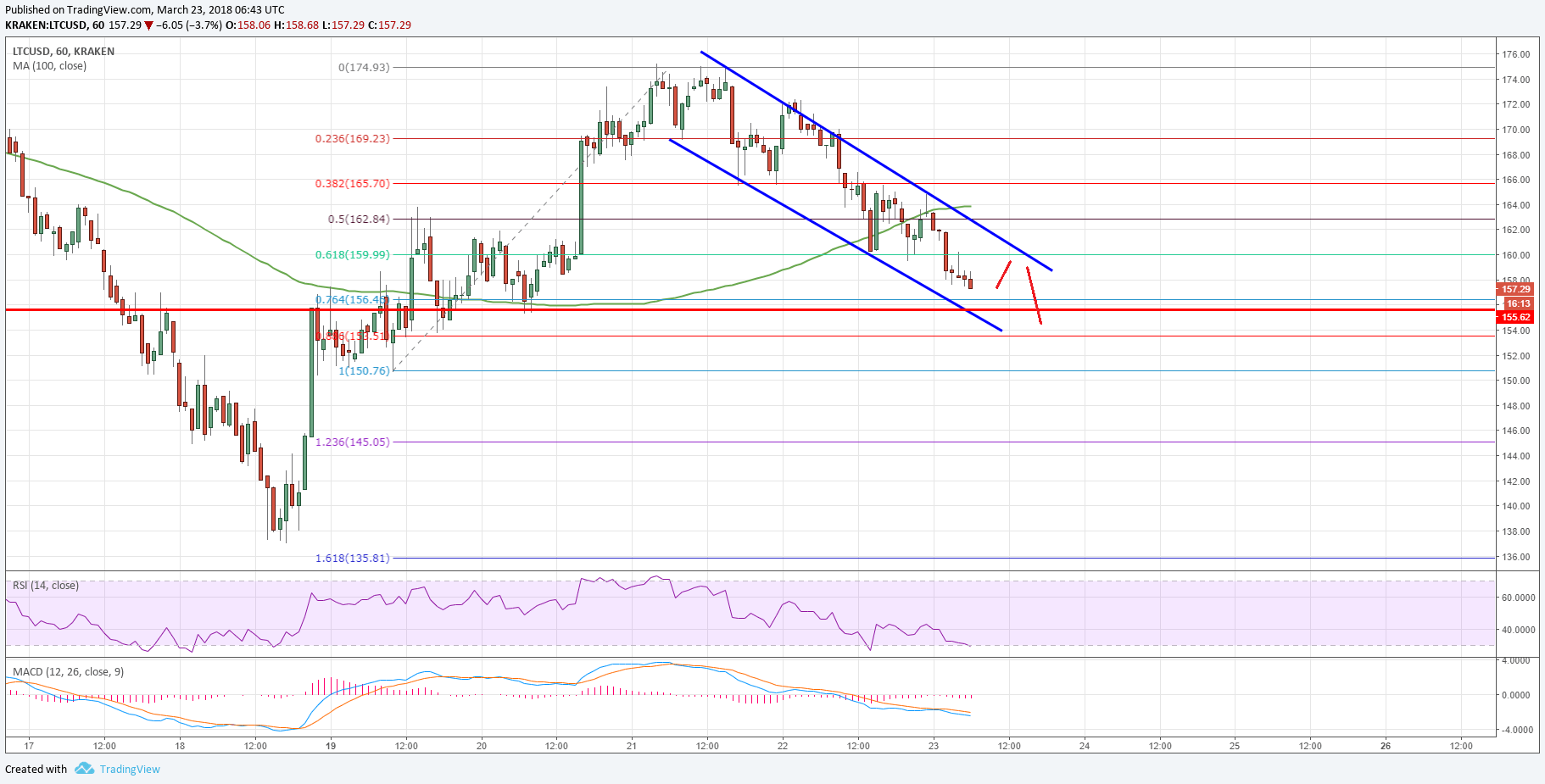 Litecoin price failed to move above the $175 resistance and declined against the US Dollar. LTC/USD remains at a risk of more losses towards the $150 level.

There was no upside break above the $175 level in litecoin price against the US dollar. The LTC/USD pair started a downside move and it broke the $170 and $165 support levels.

During the downside move, there was a break below the 23.6% Fib retracement level of the last leg up from the $150.76 low to $174.93 high. The price seems be under bearish pressure since it broke the $162 support as well. 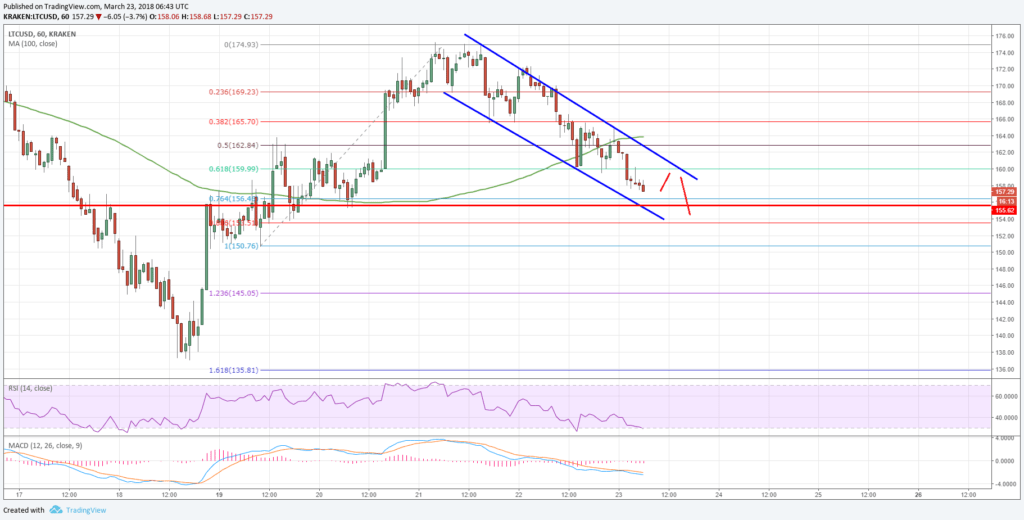 It is currently trading well below the $162 level and the 100 hourly simple moving average. The current downside move is heading towards another major support at $155. It seems like there is a major declining channel forming with resistance at $160 on the hourly chart of the LTC/USD pair.

A break below the $155 level could increase the current bearish pressure and the price may even break the $150 level.

On the upside, the channel resistance at $160 is a major barrier for buyers. If the price succeeds in closing above the $160 and $162 resistance levels, it could resume its upside move.

Above the mentioned $162, the price may retest the last swing high of $175. The overall price action is currently bearish as long as the price is below $162.