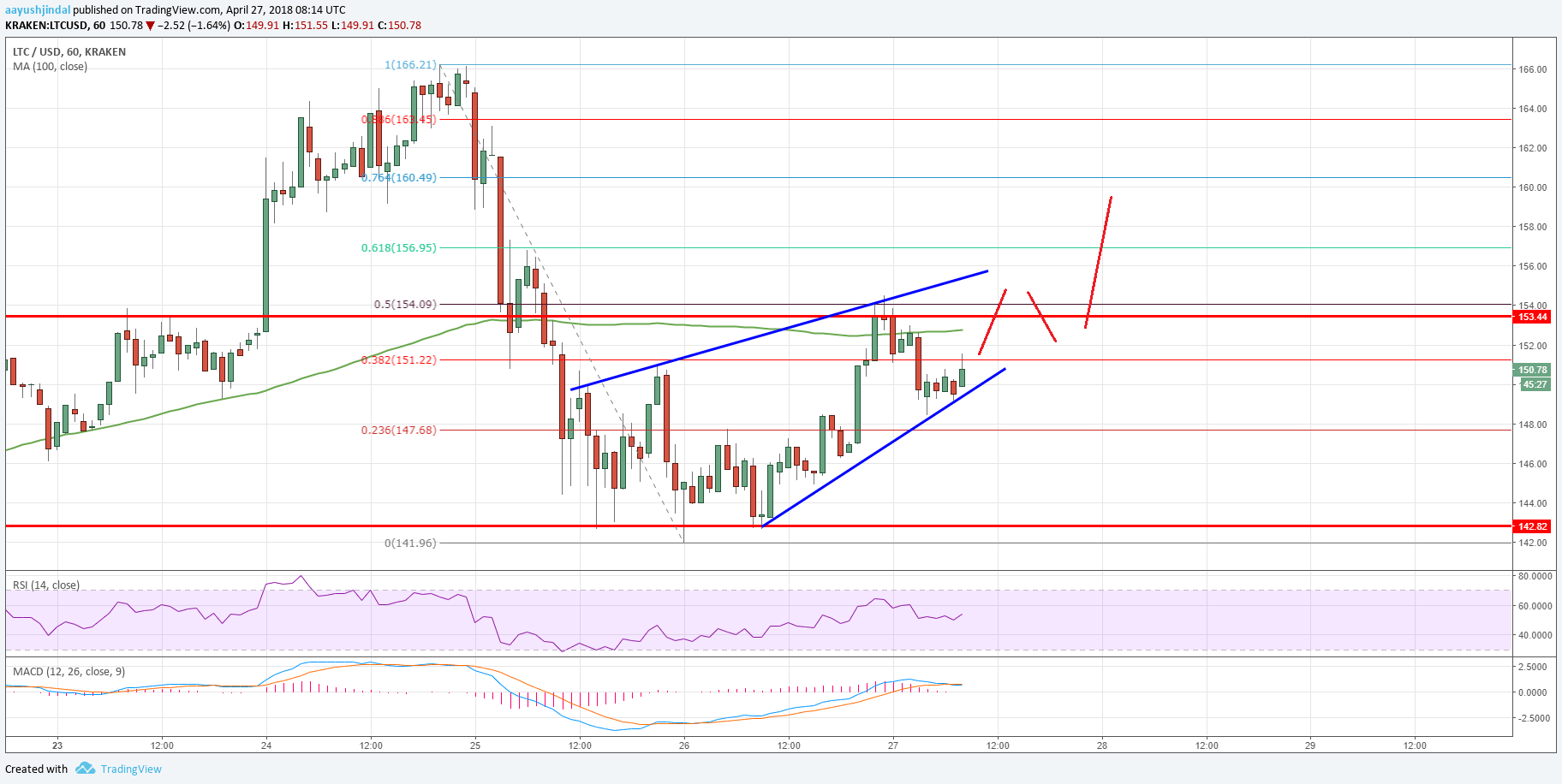 Litecoin price is recovering from the $141.96 low against the US Dollar. LTC/USD may continue to rise and it could even break $154 resistance.

·         Litecoin price formed a decent support base near $142 and recovered (Data feed of Kraken) against the US Dollar.

·         There is a major contracting triangle pattern forming with resistance near $156 on the hourly chart of the LTC/USD pair.

Recently, we saw a major downside correction from the $165-166 resistance area in litecoin price against the US dollar. The LTC/USD pair declined below $150 and almost tested the $140 level.

A low was formed around $142 in LTC before buyers appeared. Later, there was a consolidation phase before the price started an upside recovery above $145. It traded above the 23.6% Fib retracement level of the last downside move from the $166 swing high to $142 swing low. 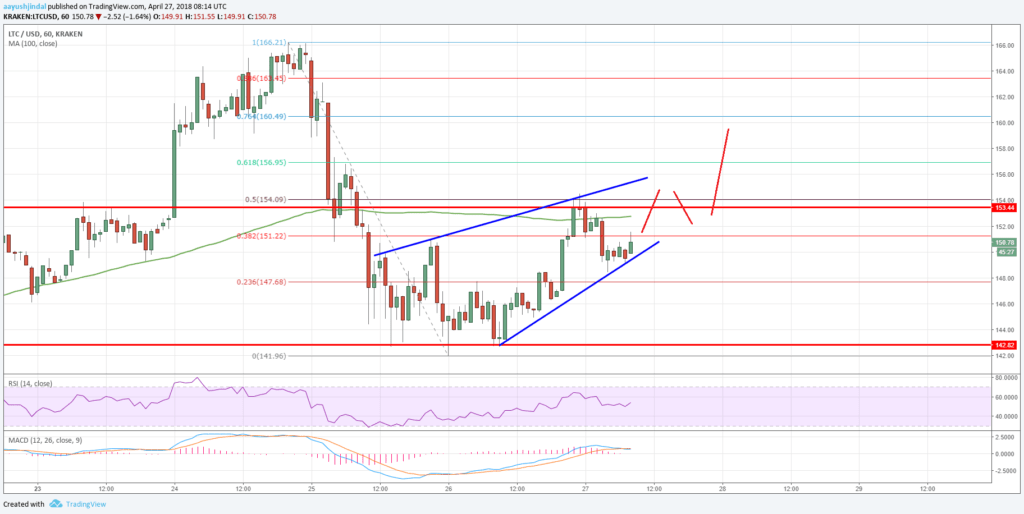 There was even a positive push above the $150 resistance level. However, the upside move was protected by the $155 resistance zone and the 100 hourly simple moving average.

More importantly, the 50% Fib retracement level of the last downside move from the $166 swing high to $142 swing low also acted as a hurdle. At the moment, the price is consolidating just below the $154-155 resistance.

It seems like there is a major contracting triangle pattern forming with resistance near $156 on the hourly chart of the LTC/USD pair. The pair has to move past the $155 resistance and settle above the 100 hourly SMA to gain upside momentum.

A successful break above $155 could open the doors for a push above the $160 level in the near term. On the downside, the $150 level is an initial support. However, a decent support and buy zone is close to the $145 level.

As long as the price is above the $145 level, it remains positioned in the bullish zone for a break above $155.