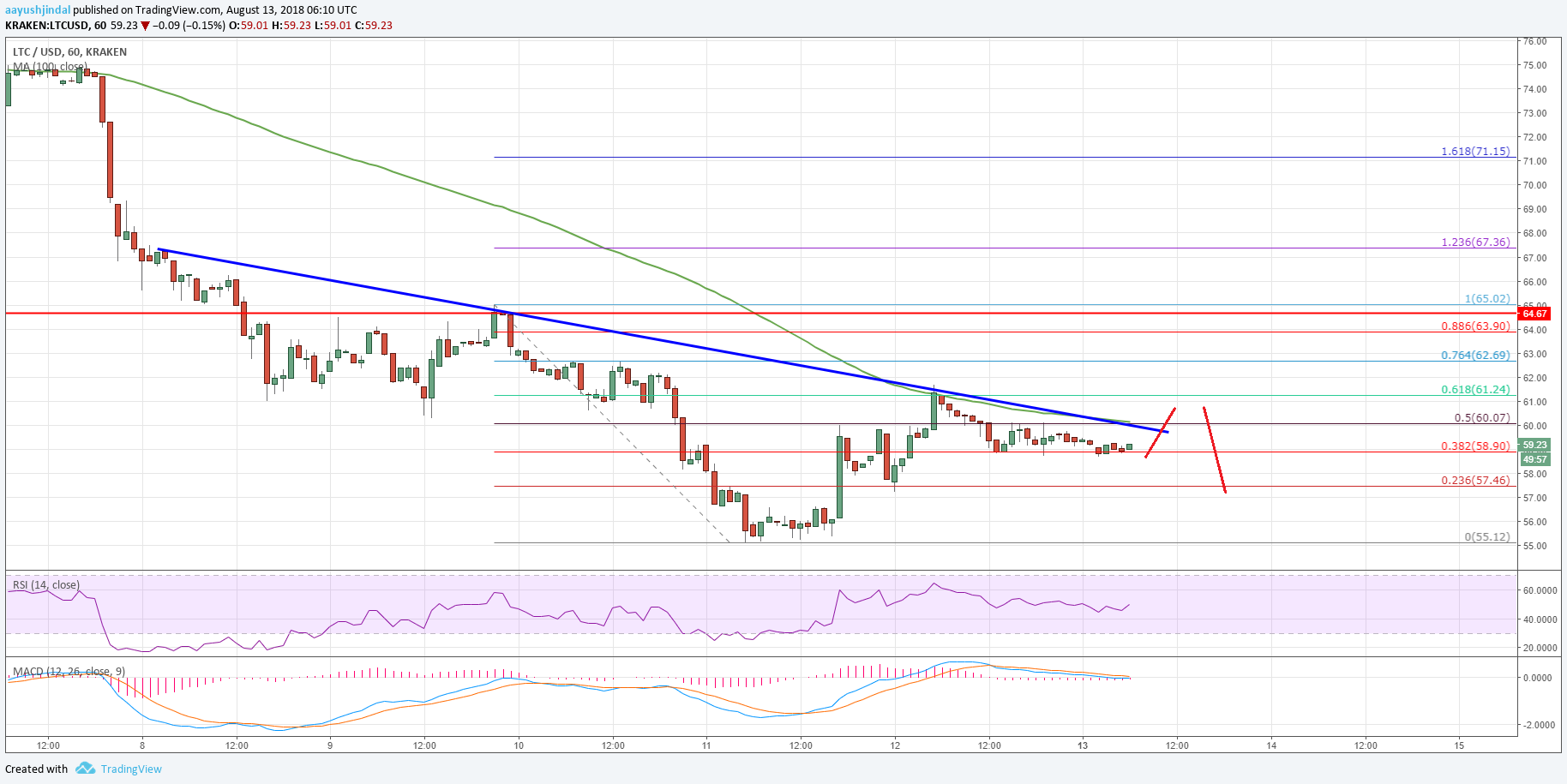 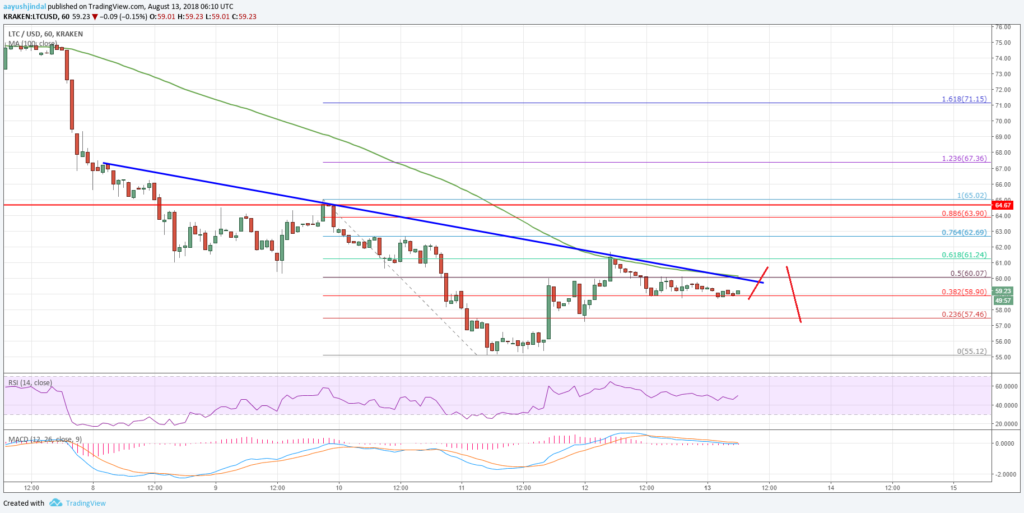 Looking at the chart, LTC price was clearly under a lot of pressure as it traded below $58.00. The price traded as low as $55.12 and later it started an upside correction.

It moved above the 50% Fib retracement level of the last drop from the $65.02 high to $55.12 low. Buyers even pushed the price above the $60.00 level, but they failed to hold declines that resulted in a rejection.

On the upside, there is a major bearish trend line forming with resistance around the $60.10 level on the hourly chart of the LTC/USD pair. The trend line near $60.10 also coincides with the 100 hourly SMA.