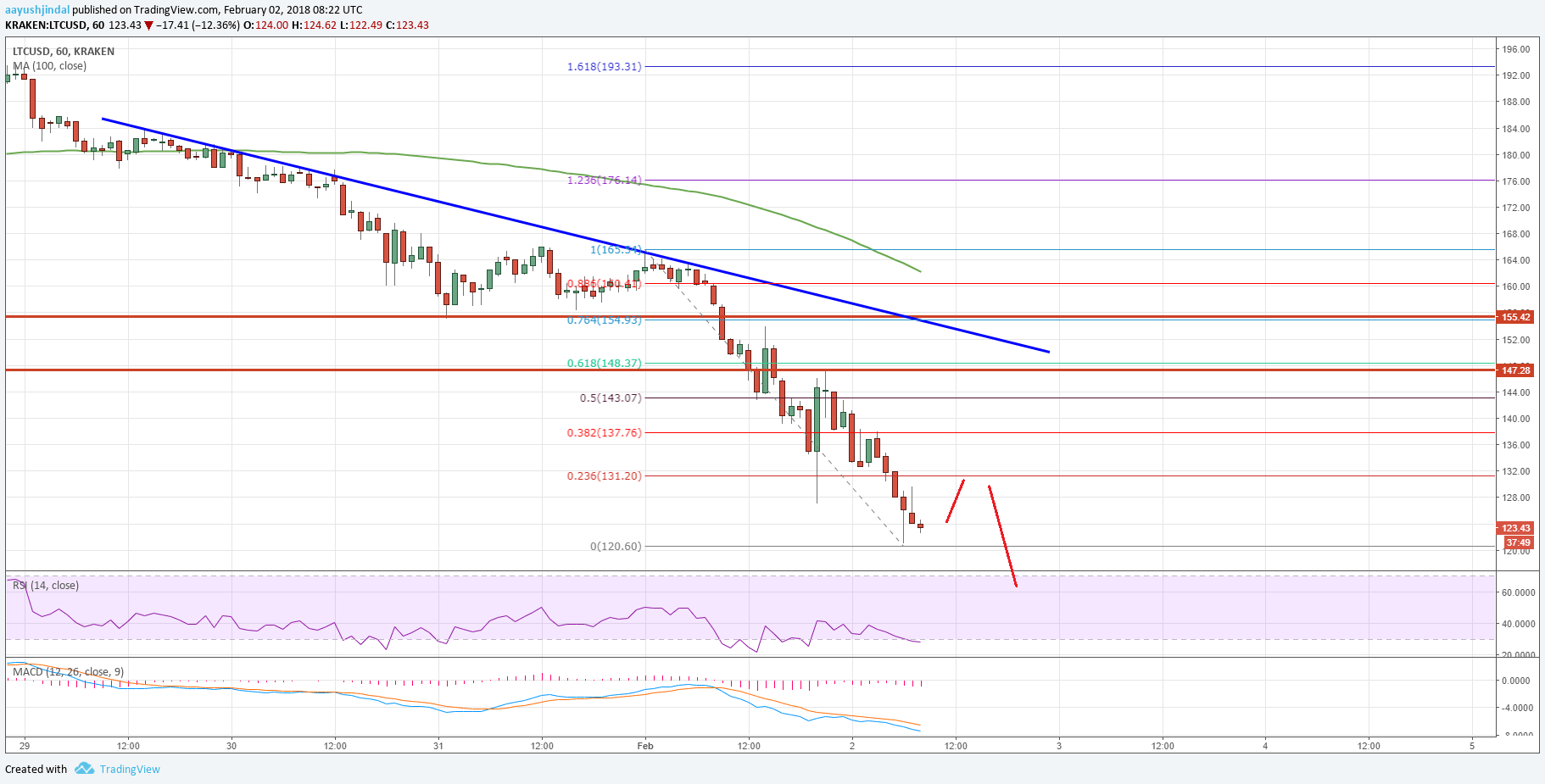 Litecoin price declined further and broke the $155 support against the US Dollar. LTC/USD traded towards the $120 level and it remains at a risk of more declines.

There was no mercy as there was continuous decline in litecoin price from the $165 swing high against the US dollar. The LTC/USD pair tumbled and broke a major support area at $155, which has opened the doors for more declines in the near term.

The $145 level is also around the 50% Fib retracement level of the last drop from the $165 high to $120 low. There is also a crucial bearish trend line forming with resistance at $145 on the hourly chart of LTC/USD pair.

Therefore, the $135-145 levels are crucial resistances on the upside. Should the price correct higher from the current levels, it will most likely face sellers near $145.

On the downside, the recent low of $120 is a short term support. A break below the $120 support could ignite heavy declines in the near term.