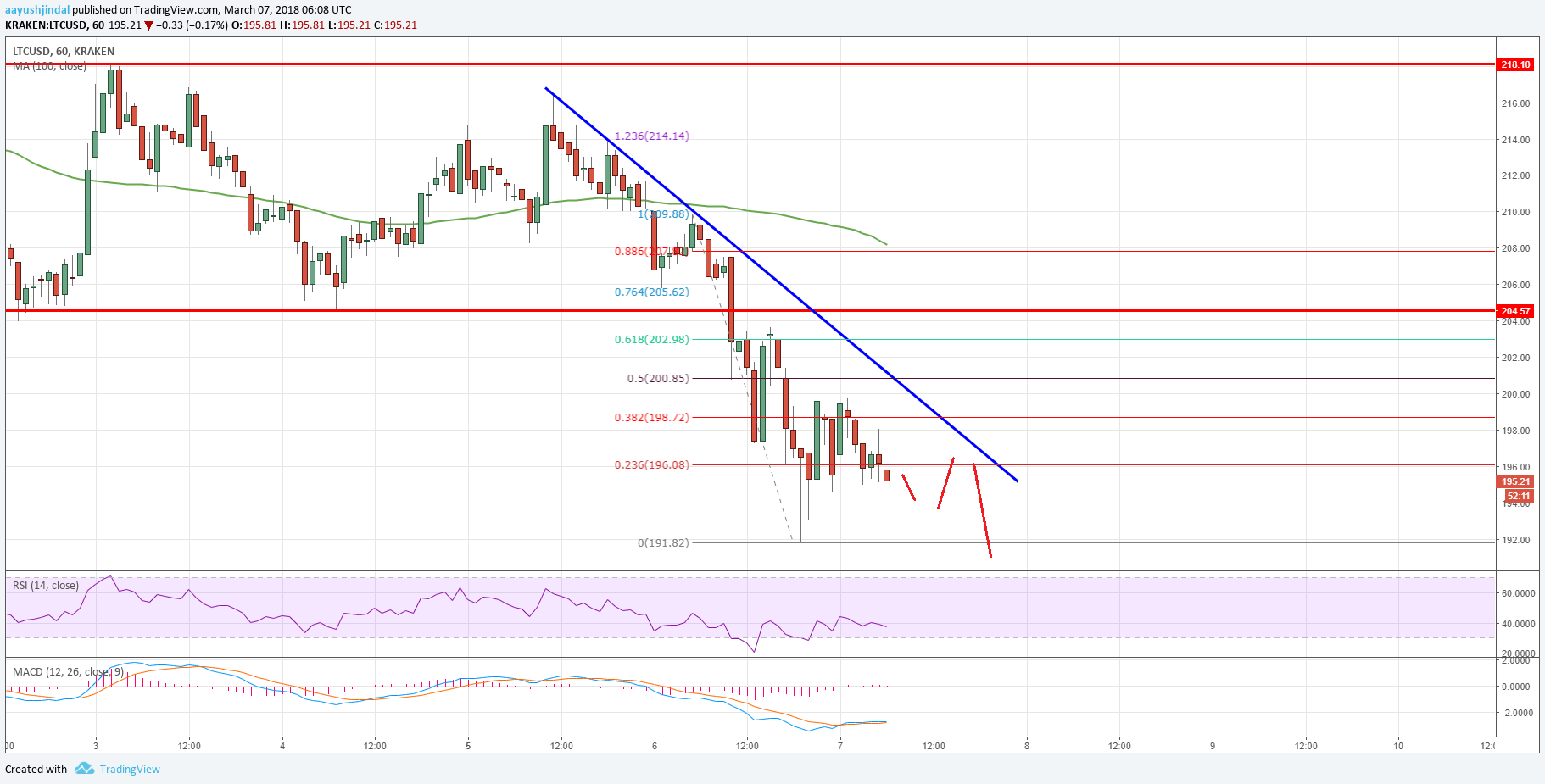 Litecoin price failed to move above the $210 resistance and declined against the US Dollar. LTC/USD is currently in a bearish zone and it may decline further.

Yesterday, we discussed about the $210 resistance area in litecoin price against the US dollar. The LTC/USD pair failed to move above the mentioned $210 resistance and started a downside move.

The decline was substantial as there was a break below a crucial support at $204. The decline was such that the price even failed to hold the $200 support. As a result, the price is now trading well below the $210 level and the 100 hourly simple moving average.

However, it won’t be easy for buyers to push LTC price higher since there are many hurdles on the upside such as $200 and $204. There is also a major bearish trend line forming with resistance at $198 on the hourly chart of the LTC/USD pair.

To sum up, the current price action is bearish on litecoin, and the price may decline further below $190.