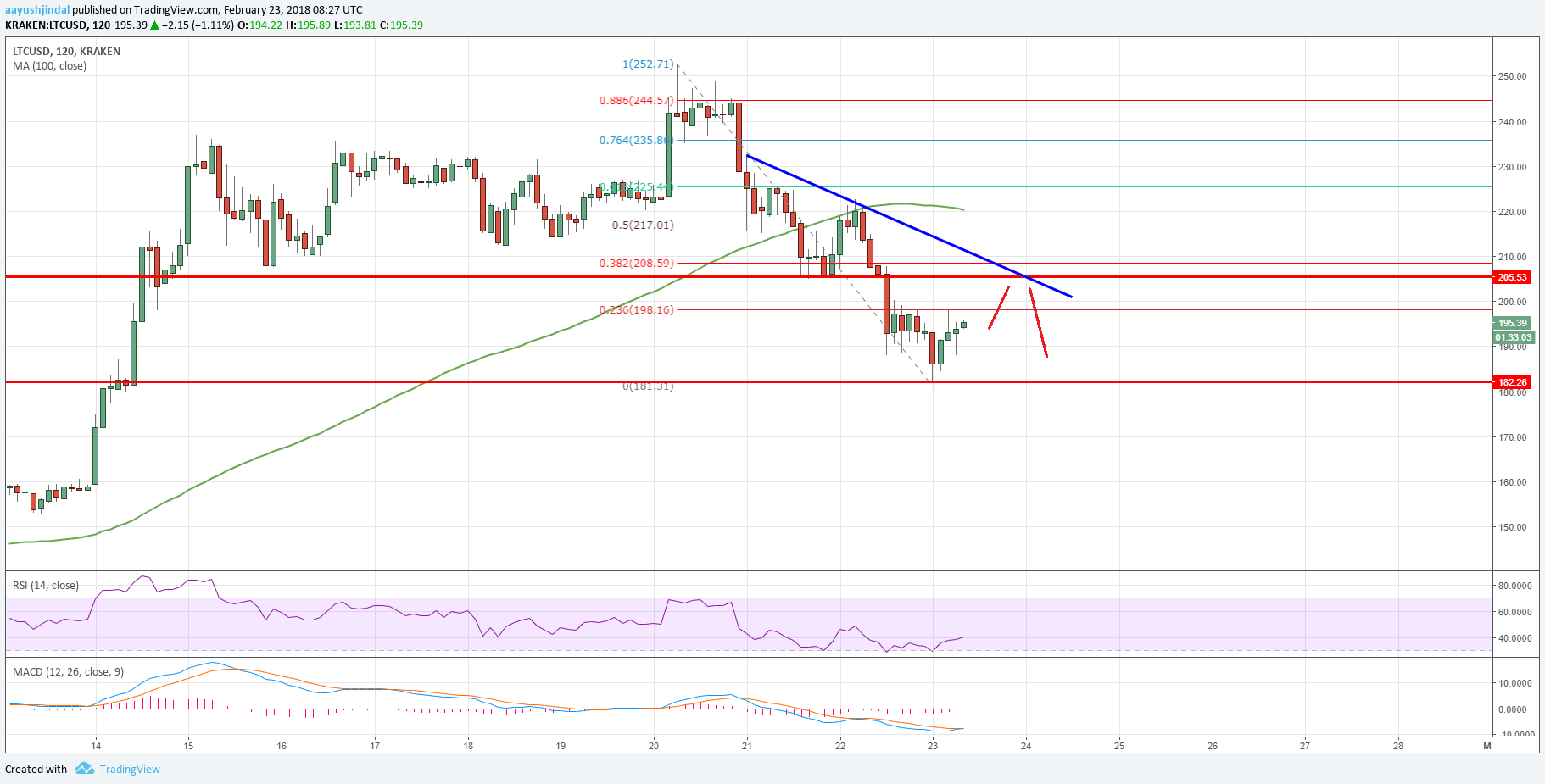 Litecoin price was not able to hold the $205 and $200 support levels against the US Dollar. LTC/USD traded towards $180 before starting a short-term correction.

There was a no major recovery in litecoin price above $225 yesterday against the US dollar. The LTC/USD pair even failed to hold the $205 support level and declined below the $200 handle. It traded towards the $180 level and formed a low at $181.

The pair is now trading well below the $200 level and the 100 hourly simple moving average. It recently started an upside correction and is currently trading near the 23.6% Fib retracement level of the last drop from the $252 high to $181 low.

However, there are many barriers on the upside for buyers above the $200 level. There is also a key bearish trend line forming with resistance at $205 on the hourly chart of the LTC/USD pair.

More importantly, the stated $205 level was a support earlier, and now it could act as a strong resistance. Furthermore, the 38.2% Fib retracement level of the last drop from the $252 high to $181 low is at $208 to act as another resistance.

Only a successful close above the $205 and $210 resistance levels could kick start a fresh upside wave in litecoin price in the near term.

On the downside, the recent low of $181 is a short term support. If the pair fails to hold the $181-180 support area, there is a chance of a slide back towards the $160 level. The overall price structure is bearish as long as the price is below $210.