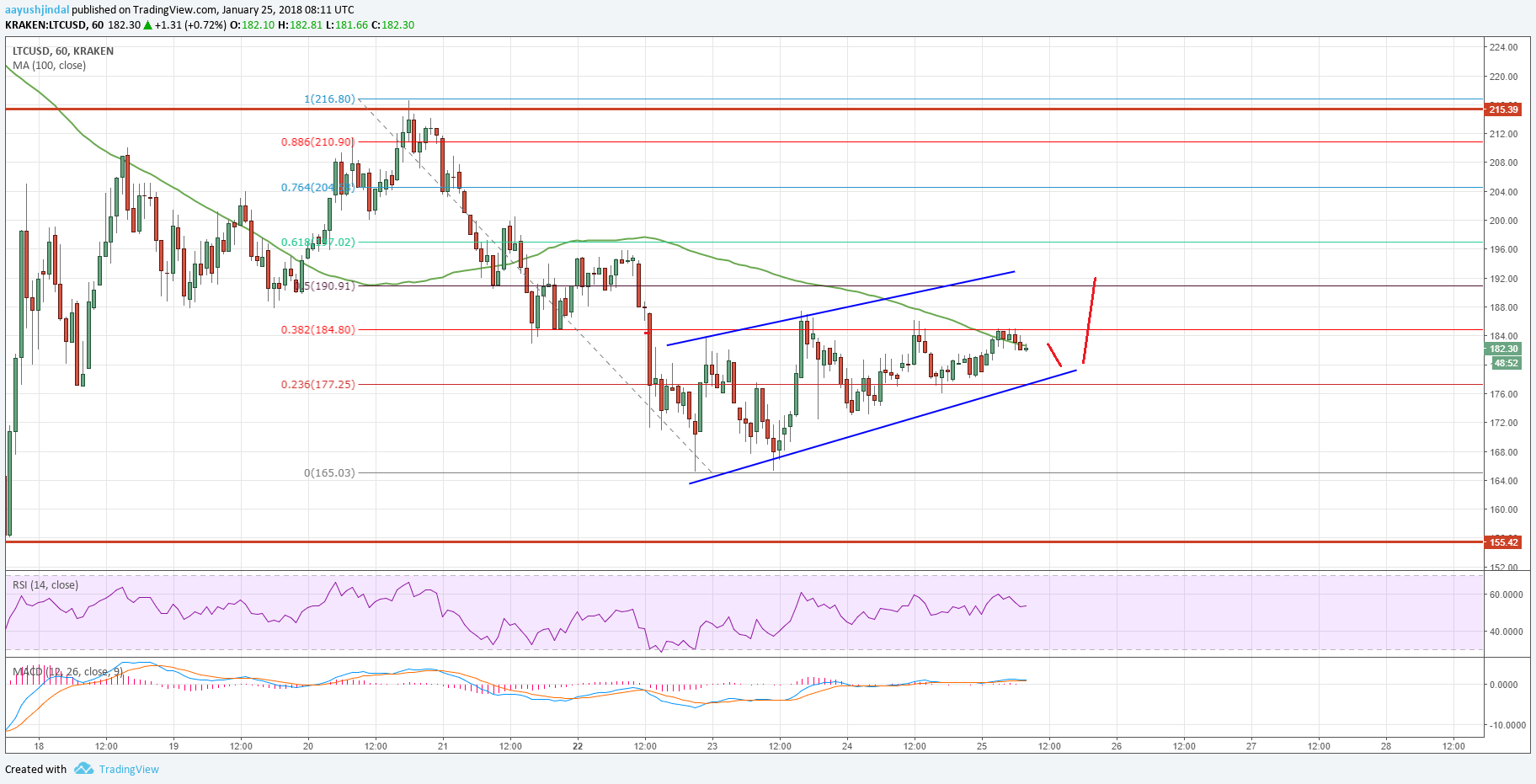 Litecoin price is slowly moving higher and is currently above $180 against the US Dollar. LTC/USD is likely to continue moving higher towards the $200 level.

There was a decent bullish price forming above the $180 support in litecoin price against the US dollar. The LTC/USD pair is following a positive bias and it could continue to remain supported on the downside above $180 and $165.

The last low was around $165 and since then the price has moved higher in 5-waves. It traded above the $180 resistance and the 23.6% Fib retracement level of the last crucial decline from the $216 high to $165 low.

However, the 100 hourly simple moving average is acting as a major hurdle and prevented gains on many occasions near $188 and $184. At the moment, the 38.2% Fib retracement level of the last crucial decline from the $216 high to $165 low is acting as a resistance and stopping further upsides.

More importantly, yesterday’s highlighted short-term ascending channel with current support at $180 is intact on the hourly chart of LTC/USD pair. The pair may continue to follow the channel, but it has to break the $188-190 resistance and settle above the 100 hourly SMA to gain traction.

The current price action is positive as long as litecoin is trading above the channel support at $180. Should there be a break below $180, the price may retest the last swing low of $165.