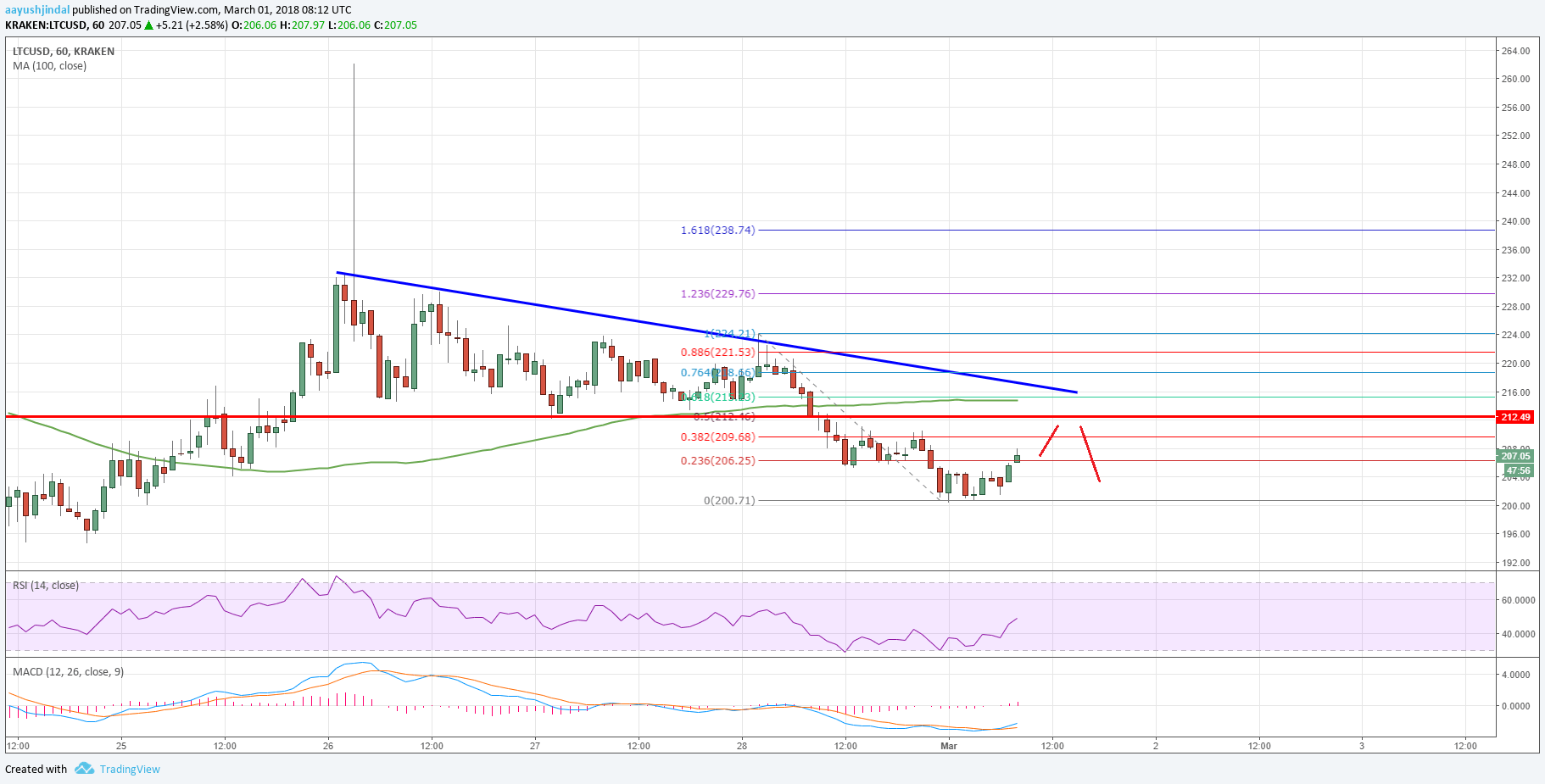 Litecoin price failed to recover and declined below $215 against the US Dollar. LTC/USD tested the $200 support level and it remains at a risk of more losses.

Yesterday, we discussed how litecoin price was at a risk of more declines below $215 against the US dollar. The LTC/USD pair wave not able to move above the $225 resistance, which resulted in a downside move.

It has traded above the 23.6% Fib retracement level of the last decline from the $224 high to $200 low. However, the most important resistance is near $215. The mentioned $215 level was a support earlier, and now it is likely to prevent gains.

Moreover, there is also a new connecting bearish trend line forming with resistance at $216 on the hourly chart of the LTC/USD pair. Below the trend line resistance, the 50% Fib retracement level of the last decline from the $224 high to $200 low is at $212.

Therefore, there are many resistances on the upside starting with $212 up to $216. A break above the $216 resistance may perhaps push the price towards the $225 resistance.

On the downside, the recent low near $200 is a major support. If the price fails to stay above the $200 level, there can be more declines, and LTC/USD could even test the $180 level.