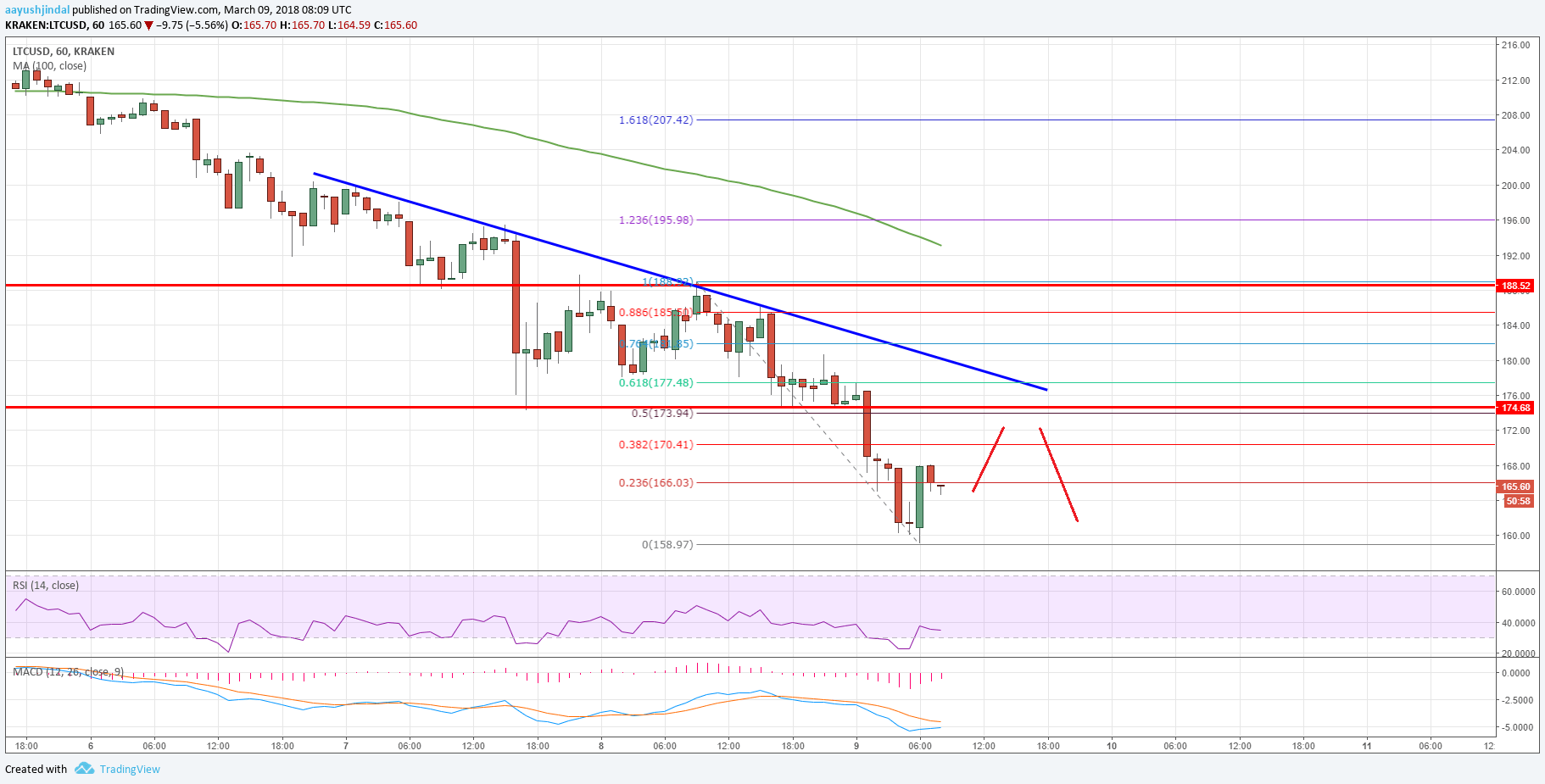 Litecoin price remained in a bearish zone and declined below $180 against the US Dollar. LTC/USD may correct a few points, but it remains sell on rallies.

There was no relief for buyers as litecoin price failed to correct above the $200 level against the US dollar. The LTC/USD pair continued to decline and even broke the $190 and $180 support levels to move further into a bearish zone. 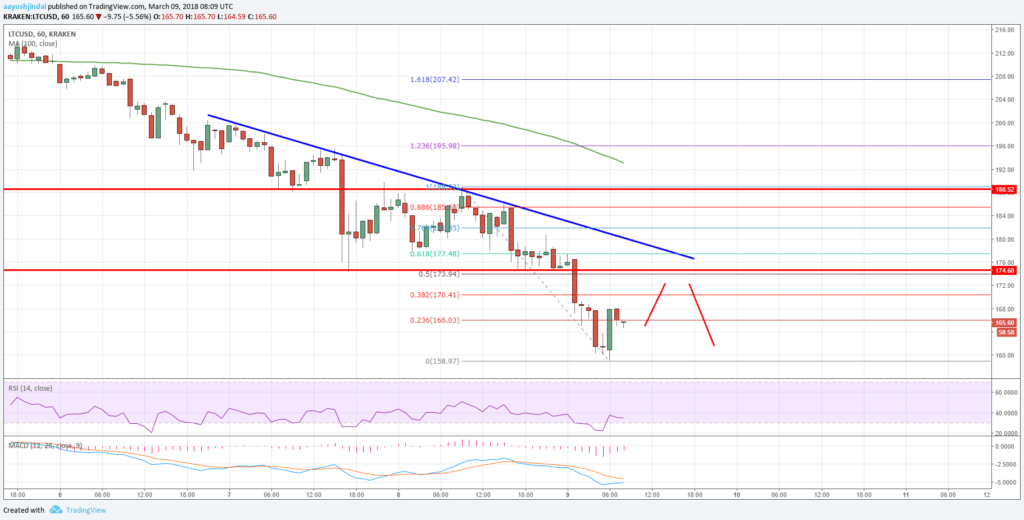 On the upside, there are many barriers for buyers near the $175 level. There is also a new connecting bearish trend line forming with resistance at $176 on the hourly chart of the LTC/USD pair.

Therefore, if the price corrects higher from the current levels, it could face a solid selling interest near the $175 level. If at all buyers succeed in pushing the price above $175, the next resistance is at $200.

On the downside, the recent low near $158 is a short term support. However, I think if the current pressure remains intact, the price may even trade towards the $150 level. The mentioned $150 level is a major support where buyers may emerge in the short term.