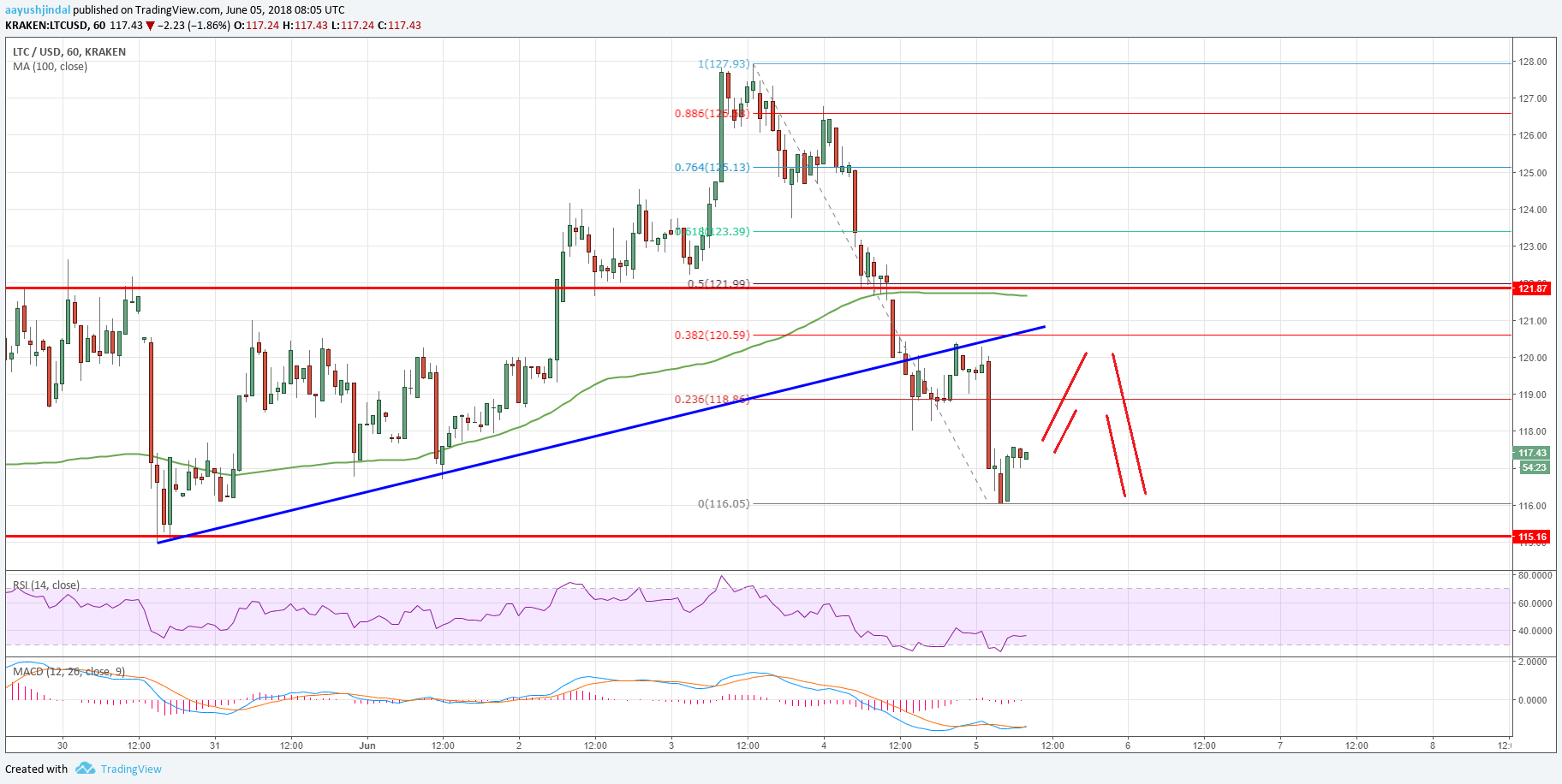 Litecoin price failed to stay above the $120-122 support against the US Dollar. LTC/USD may continue to move down towards the $115 support.

After trading above the $125 level, litecoin price faced selling pressure against the US dollar. The LTC/USD pair traded as high as $127.93 and later started a downside move.

Looking at the chart, the price declined heavily and broke many important supports on the way down such as $125 and $122. A break and close below the $122 level and the 100 hourly simple moving average signaled a bearish scenario. 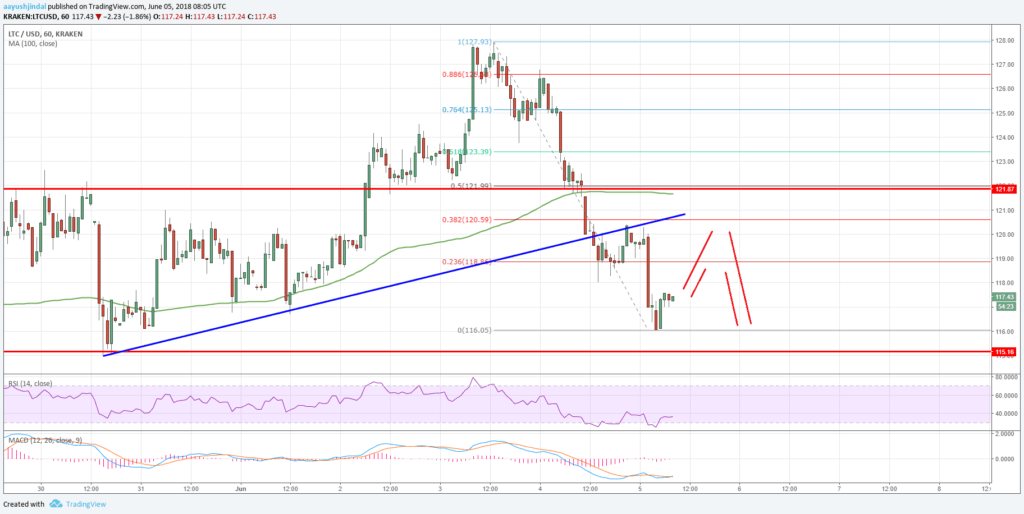 During the decline, the price also broke the 50% Fib retracement level of the last leg from the $116.70 low to $127.93 high. Moreover, there was a break below a crucial bullish trend line with support at $121.00 on the hourly chart of the LTC/USD pair.

Furthermore, the 100 hourly SMA is also positioned near $122 to prevent upsides. Therefore, if the price corrects higher from the current levels, it could face a strong selling interest near $122.

On the downside, litecoin price may well retest the $115 support in the near term.