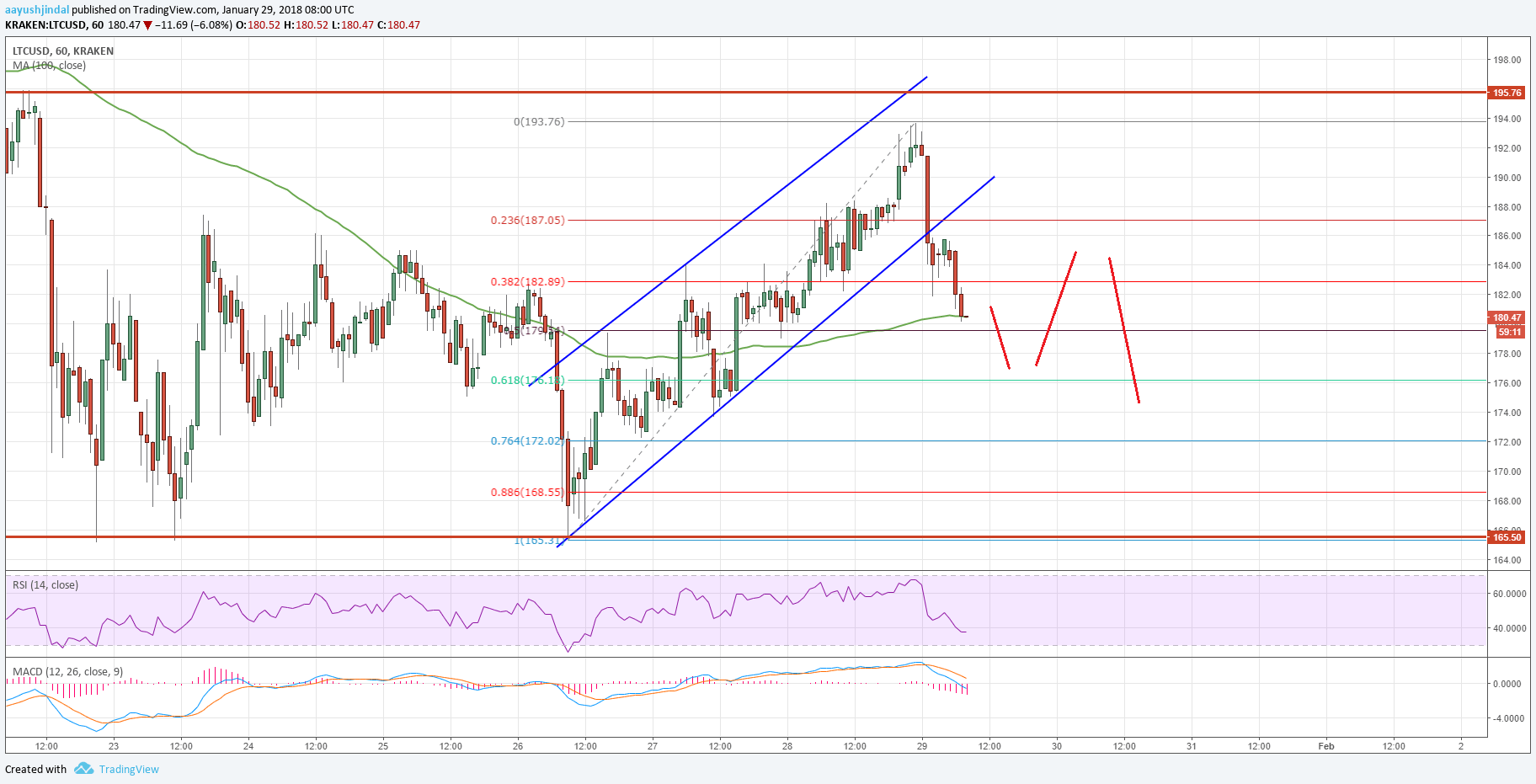 Litecoin price failed to move above the $190-200 resistance area against the US Dollar. LTC/USD just broke a key support at $185 to move back in the bearish zone.

There was a fresh upside wave initiated from the $165 swing low in litecoin price against the US dollar. The LTC/USD pair traded higher and broke the $175 and $180 resistance levels to trade above the 100 hourly simple moving average.

More importantly, there was a break below a major ascending channel support at $186 on the hourly chart. It opened the doors for more losses in the short term below $180.

However, the current price action is bearish, which means LTC could extend declines below $180. The next major support is at $170 from where the price could start a new upside wave.

In the short term, there can be ranging moves between $170-195 before litecoin price makes the next move. On the upside, a successful close above $200 is needed for buyers to gain momentum,