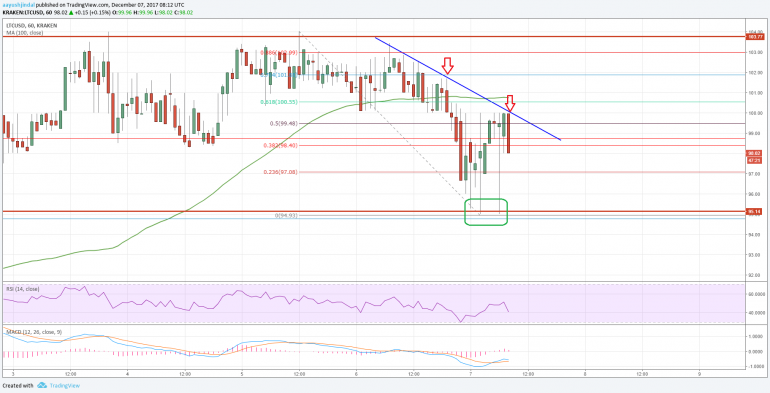 Litecoin price started a minor downside move and traded below $100.00 against the US Dollar. LTC/USD is currently eyeing further downsides toward $95.00.

The pair declined below the $100.00 support area and even moved below the 100 hourly simple moving average. There was also a break below the $96.00 support and the pair traded toward the $95.00 level. A low was formed at $94.93 and later the price started an upside correction.

Moreover, the 50% Fib retracement level of the last decline from the $104.00 high to $94.93 low also acted as a major resistance. On the upside, there is a short-term bearish trend line forming with resistance near $100.00 on the hourly chart.