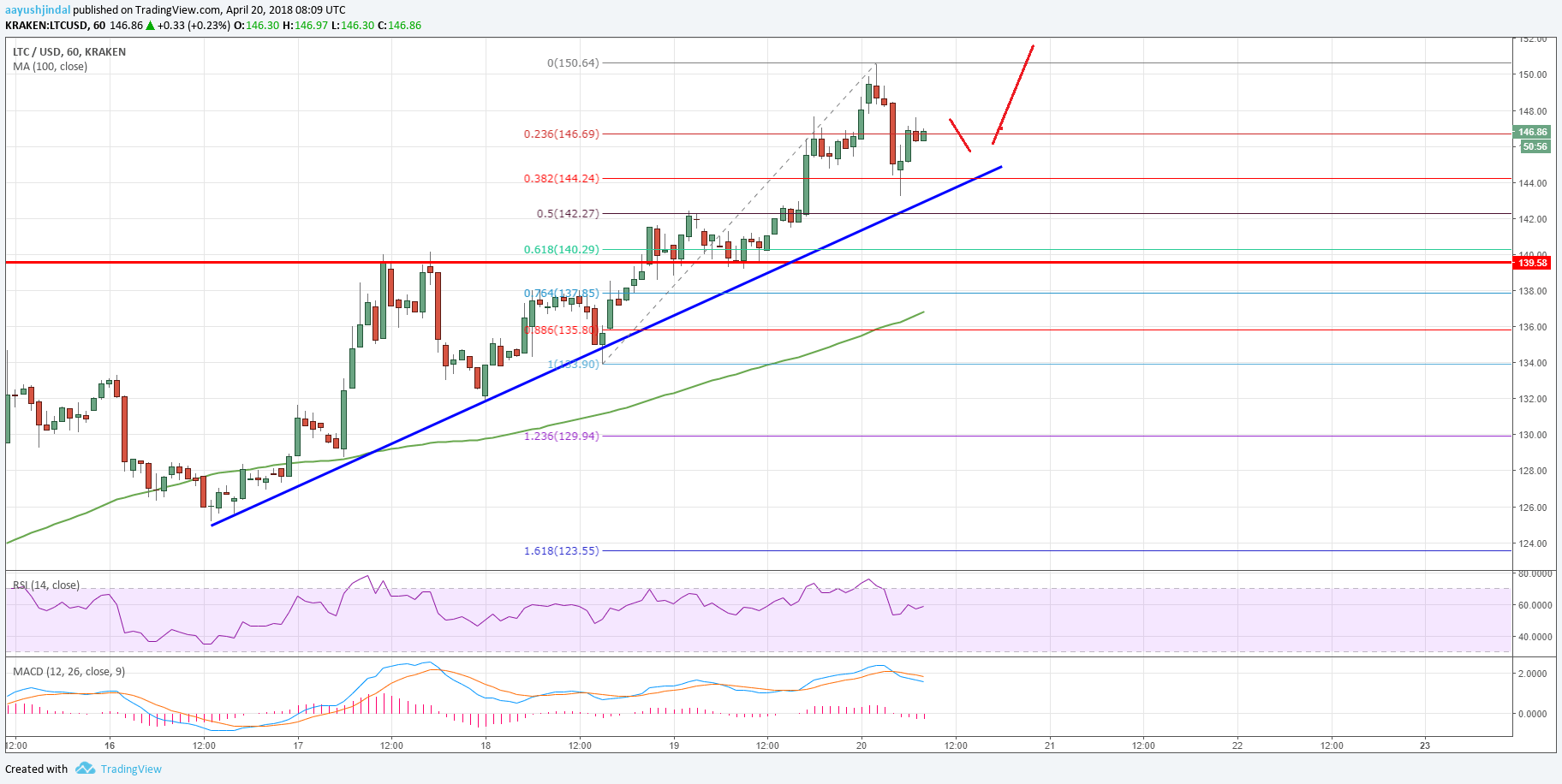 Litecoin price gained traction and tested the $150 resistance against the US Dollar. LTC/USD remains in a solid uptrend and it could trade past $150.

Yesterday, we discussed about more gains above $140 in litecoin price against the US dollar. The LTC/USD pair remained in a bullish zone and broke the $140 and $145 resistance level. 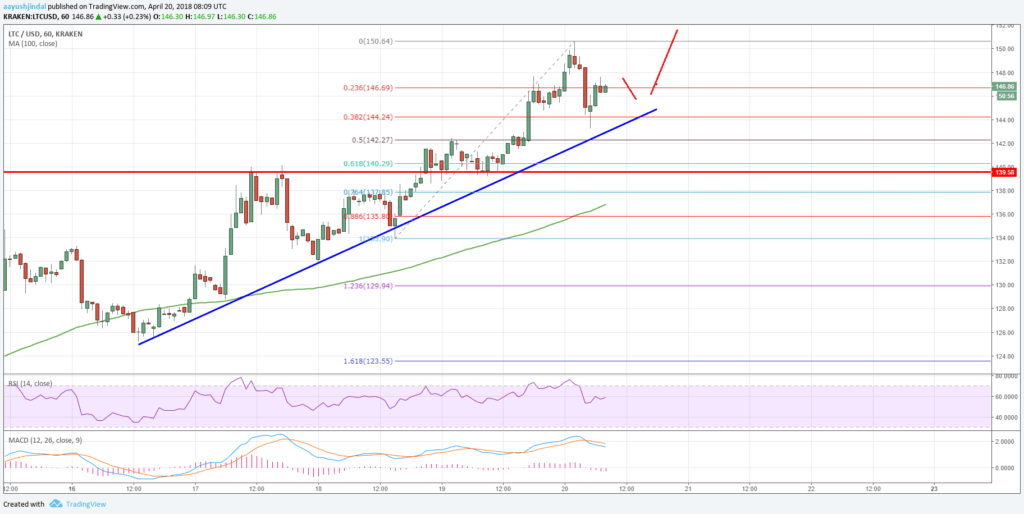 However, the decline was protected by the $144-145 support zone. More importantly, this highlighted crucial bullish trend line with support at $145 is still in place on the hourly chart of the LTC/USD pair.

At the moment, the price is trading near the $147 level, with an immediate resistance near the $150 level. Once there is a successful hourly close above the stated $150 resistance, LTC price will most likely accelerate higher towards the $155 level.

Above the mentioned $155 level, the $158-160 zone is likely to act as a sell area in the near term. On the flip side, the $145 support region is a very crucial for the current uptrend.

If there is a downside break and close below the $145 and $144 support levels, the price could test the $140 pivot level.