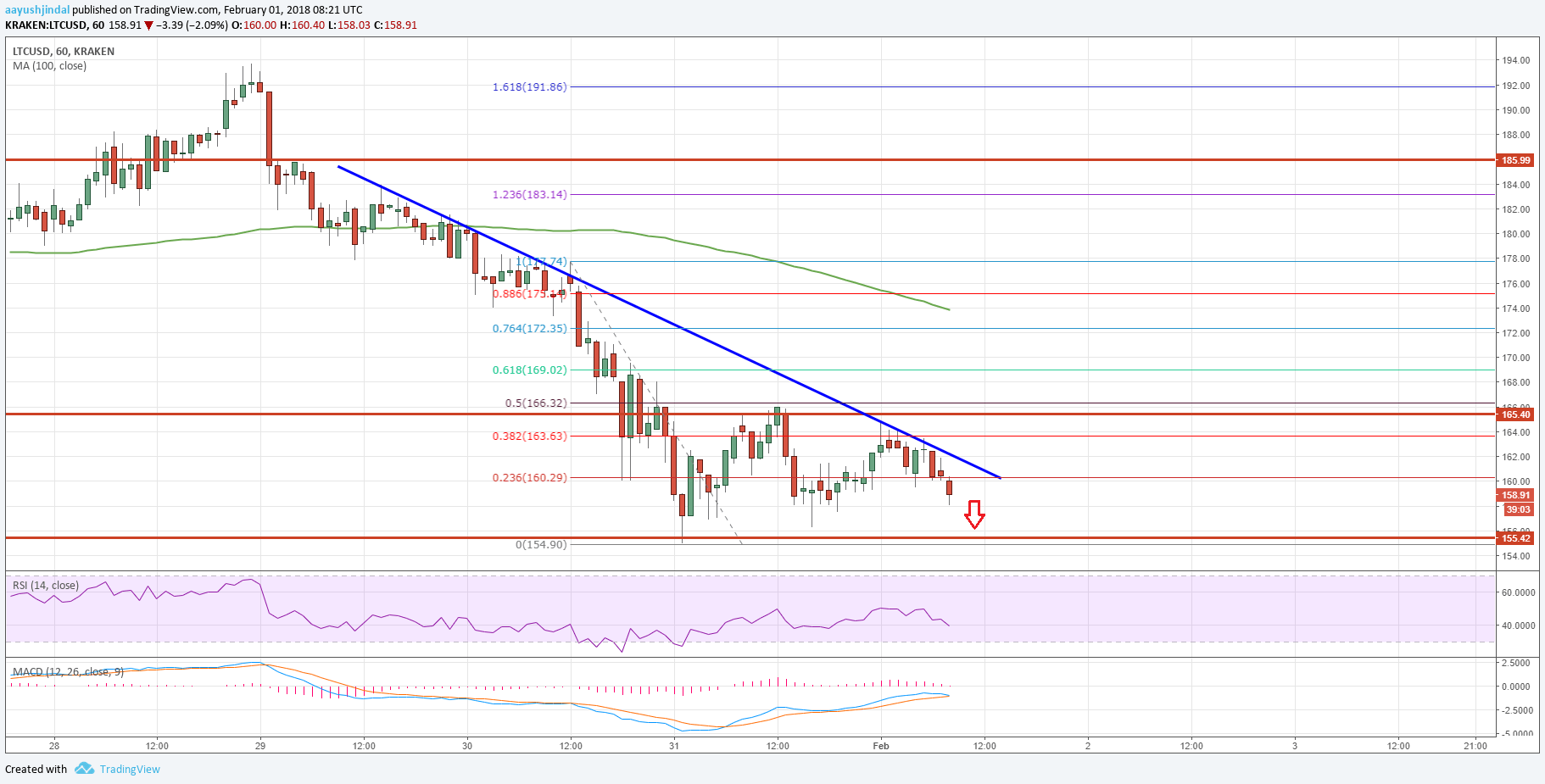 Litecoin price is under pressure below the $165 resistance against the US Dollar. LTC/USD is moving lower and it could even break the $155 support if sellers remain in control.

Yesterday, we saw a fresh start to a downside move from $180 in litecoin price against the US dollar. The LTC/USD pair declined towards $155 and it later recovered. The pair traded above the $160 level, but the upside move was capped.

Both the previous support levels – $165 and $170 acted as a resistances and prevented upsides. There was no close above the 38.2% Fib retracement level of the last leg down from the $177 high to $155 low.

Most importantly, yesterday’s highlighted bearish trend line with current resistance at $162 is acting as a barrier on the hourly chart of LTC/USD pair. The trend line resistance is a major hurdle for an upside push above $180 in the near term.

The pair is currently moving down and is heading towards the most important support at $155. Should the price fail to stay above the mentioned $155 support, there could be more slides toward the $130 level in the near term.

On the upside, litecoin buyers need to surpass sell offers near the $165 and $170 resistance levels. Above the last $170 resistance, the price may retest the $180 pivot level, followed by the all-important $200.