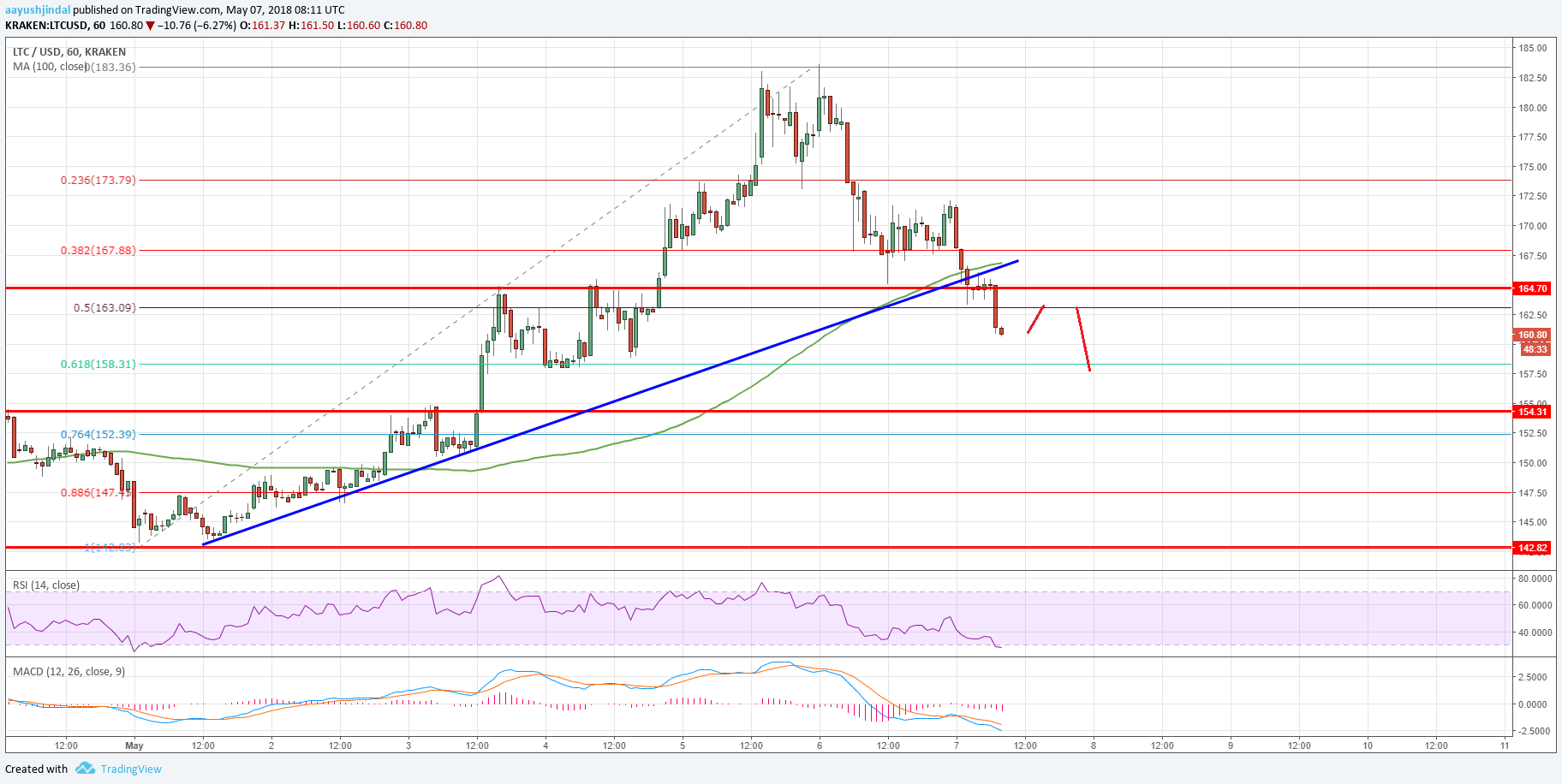 Litecoin price traded above the $180 level before facing resistance against the US Dollar. LTC/USD declined and it traded below the $170 support level.

This past week, there were decent gains from the $160 swing low in litecoin price against the US dollar. The LTC/USD pair gained upside momentum and traded above the $165 and $170 resistance levels. 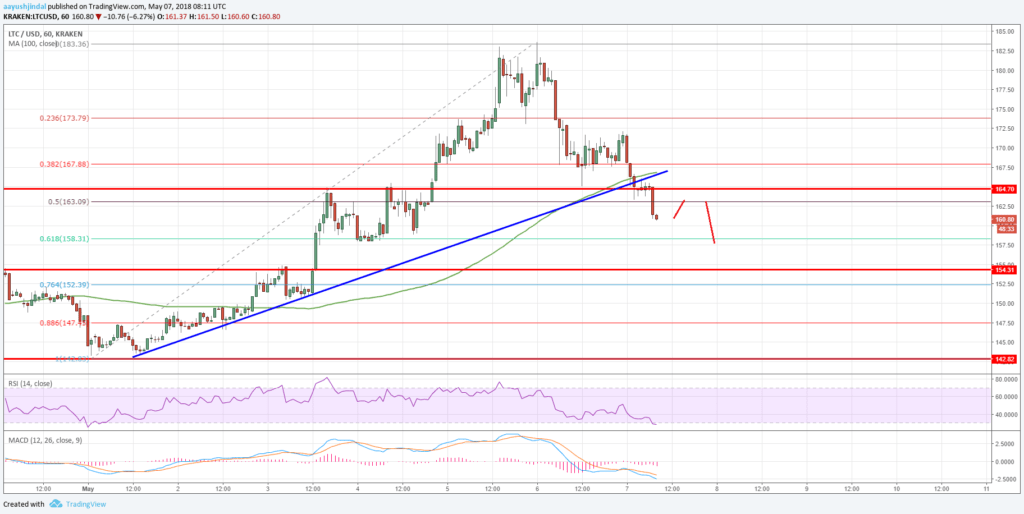 More importantly, there was a break below a major bullish trend line with support at $167 on the hourly chart of the LTC/USD pair. The pair declined and broke the $165 support, and settled below the 100 hourly simple moving average.

The current price action is quite bearish and it seems like LTC is at risk of more losses toward $155 or even $154. On the upside, the broken support at $165 and the 100 hourly simple moving average are likely to act as resistances for buyers.

Only a close above the $165 resistance could push litecoin price back in a positive zone. Overall, LTC/USD may decline further towards $155 where buyers are likely to take a stand.