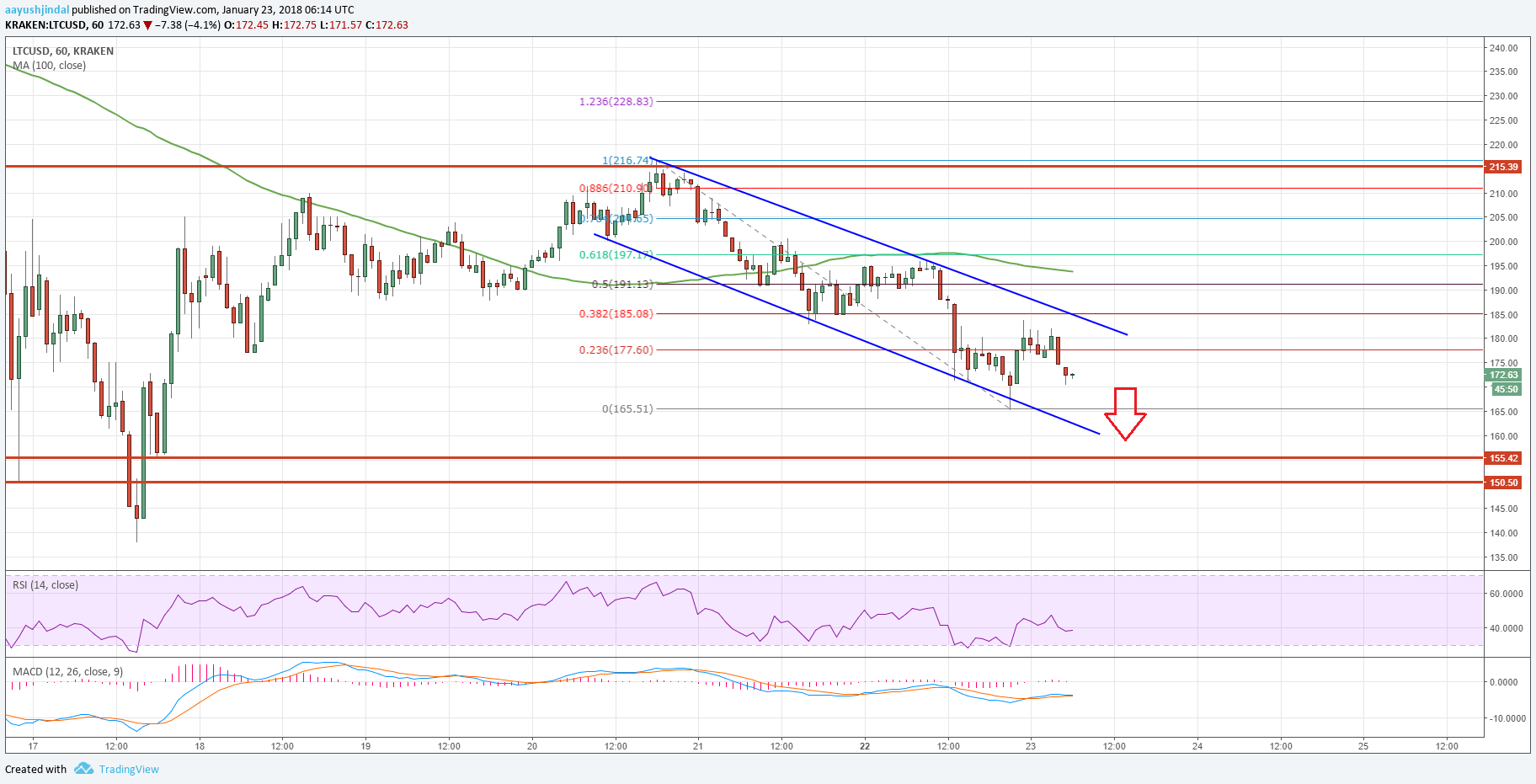 Litecoin price is struggling to recovery above $200 against the US Dollar. LTC/USD is currently below $180 and it remains at a risk of more declines in the near term.

There was a fresh downside wave initiated in litecoin price from the $216 swing high against the US dollar. The LTC/USD pair declined and moved below a couple of important support levels such as $200 and $180.

Looking at the hourly chart of LTC/USD, there is a declining channel forming with current resistance at $180. The pair may correct a few points higher, but it won’t be easy to break the $180-185 resistance.

Therefore, there is a major resistance zone forming around $180-195. As long as the price is below $200 and the 100 hourly SMA, it remains at a risk of more declines.

On the downside, the recent low of $165 is a short-term support. However, the most important support sits at $150-155. The price must stay above $150 to avoid any major increase in selling pressure.

The overall short-term bias is bearish as long as litecoin price is trading below the $200 pivot level.