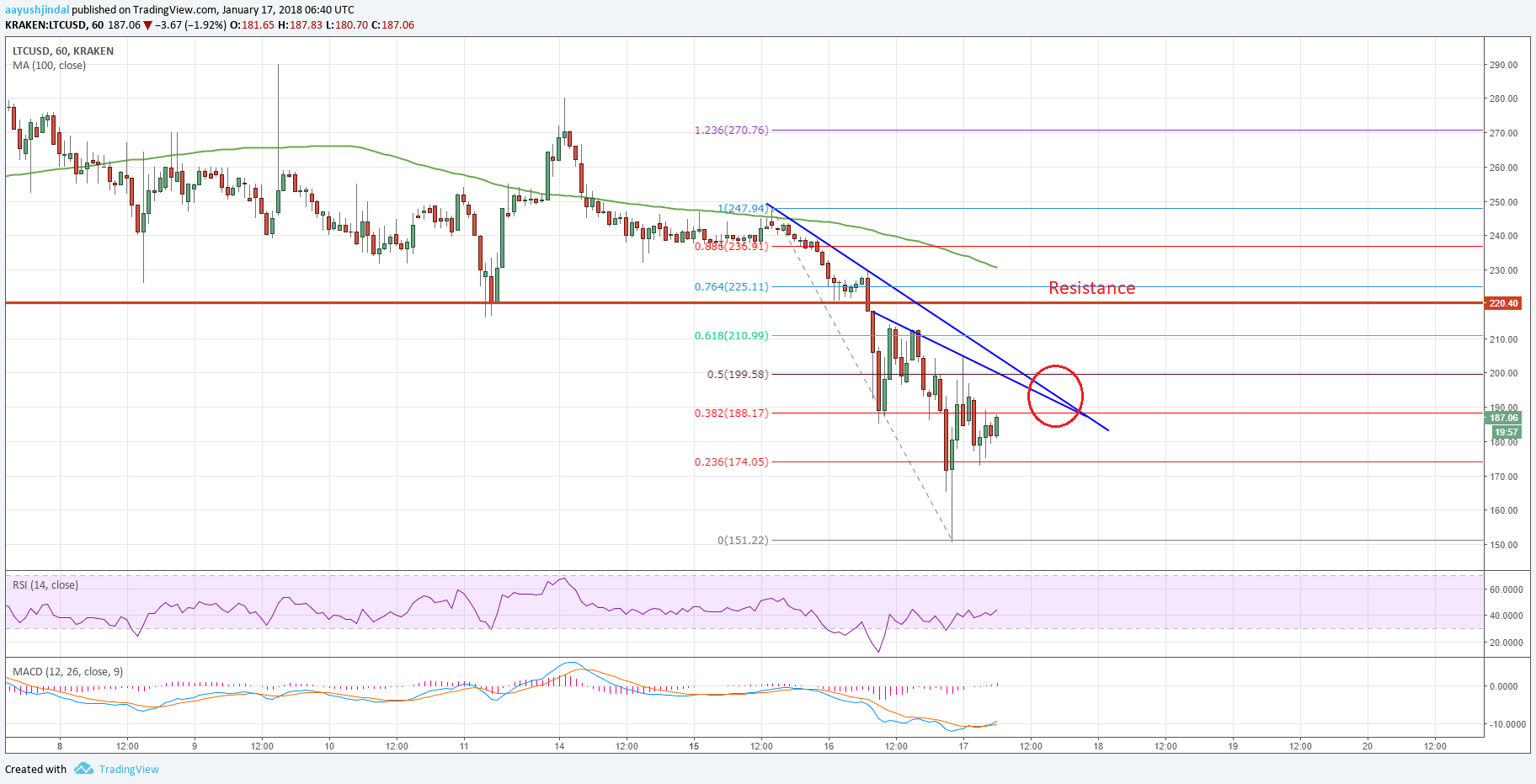 Litecoin price declined further and moved below the $175 support against the US Dollar. LTC/USD tested the $150 level and it currently in a bearish zone.

There were further declines noted in litecoin price as it failed to hold the $200-220 support area against the US dollar. The LTC/USD pair fell below the $175 low as well, and traded toward the $150 level. A new monthly low was formed at $151.22 and the price is currently placed in bearish zone below the 100 hourly simple moving average.

However, there are many resistances on the upside near the $190, $200 and $220 level. An initial barrier is around are two bearish trend lines forming with current resistance at $188 on the hourly chart.

The stated $220 level was a support earlier and now it could stop upsides in litecoin price. Only a successful close above the $220 resistance and the 100 hourly simple moving average may possibly negate the current bearish structure.

On the downside, an initial support is around the $160 level, followed by the $150 swing low. Should there be further declines below $150, the price will most likely accelerate losses toward $120.

The overall bias is bearish and buyers should be careful chasing the market as long as LTC/USD is below $220.