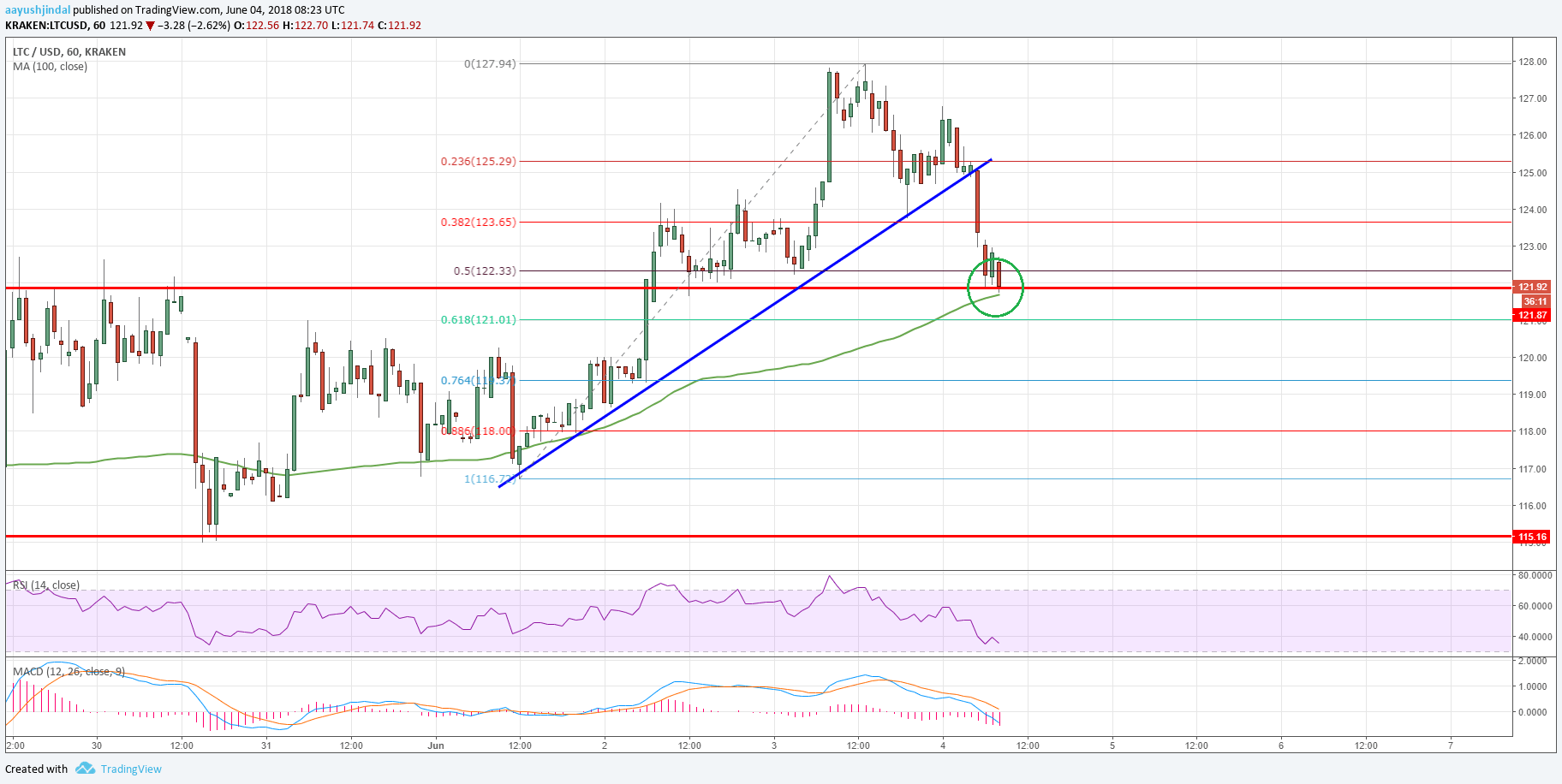 Litecoin price traded above the $125 level before starting a correction against the US Dollar. LTC/USD is currently trading near a major support at $120-122.

·         Litecoin price started a downside correction after trading towards $128 (Data feed of Kraken) against the US Dollar.

There were solid bullish moves in litecoin price above the $120 resistance against the US dollar. The LTC/USD pair broke to the upside recently and traded above the $122 and $125 resistance levels.

Looking at the chart, the price traded close to the $128 level and a high was formed at $127.94. Later, the price started a downside correction and moved below the $125.50 level. 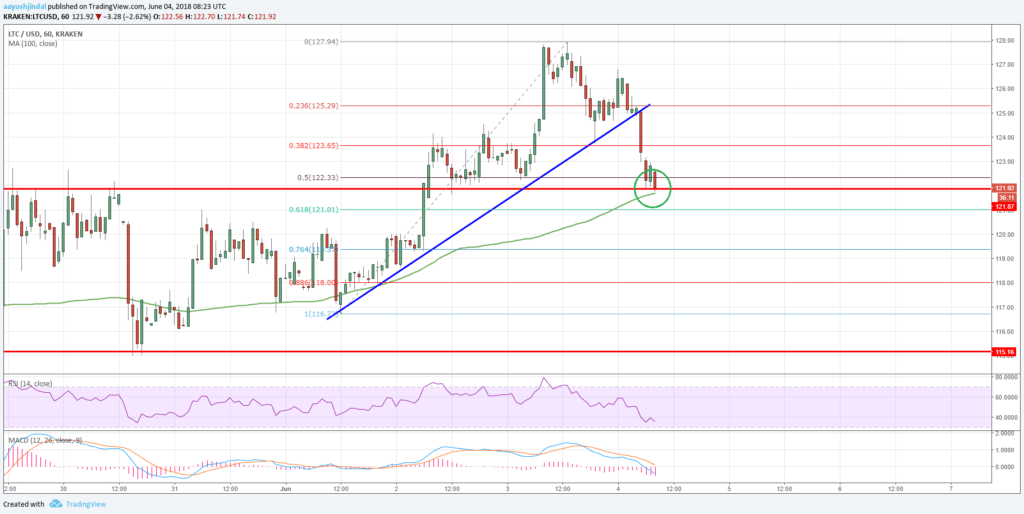 If litecoin buyers fail to keep the price above $122.00 and the 100 hourly simple moving average, there could be more losses. The next support in the mentioned scenario is near the $119-120 zone.

On the flip side, if litecoin price gain traction and bounces back from $122, then it will most likely move back above the $125 level.