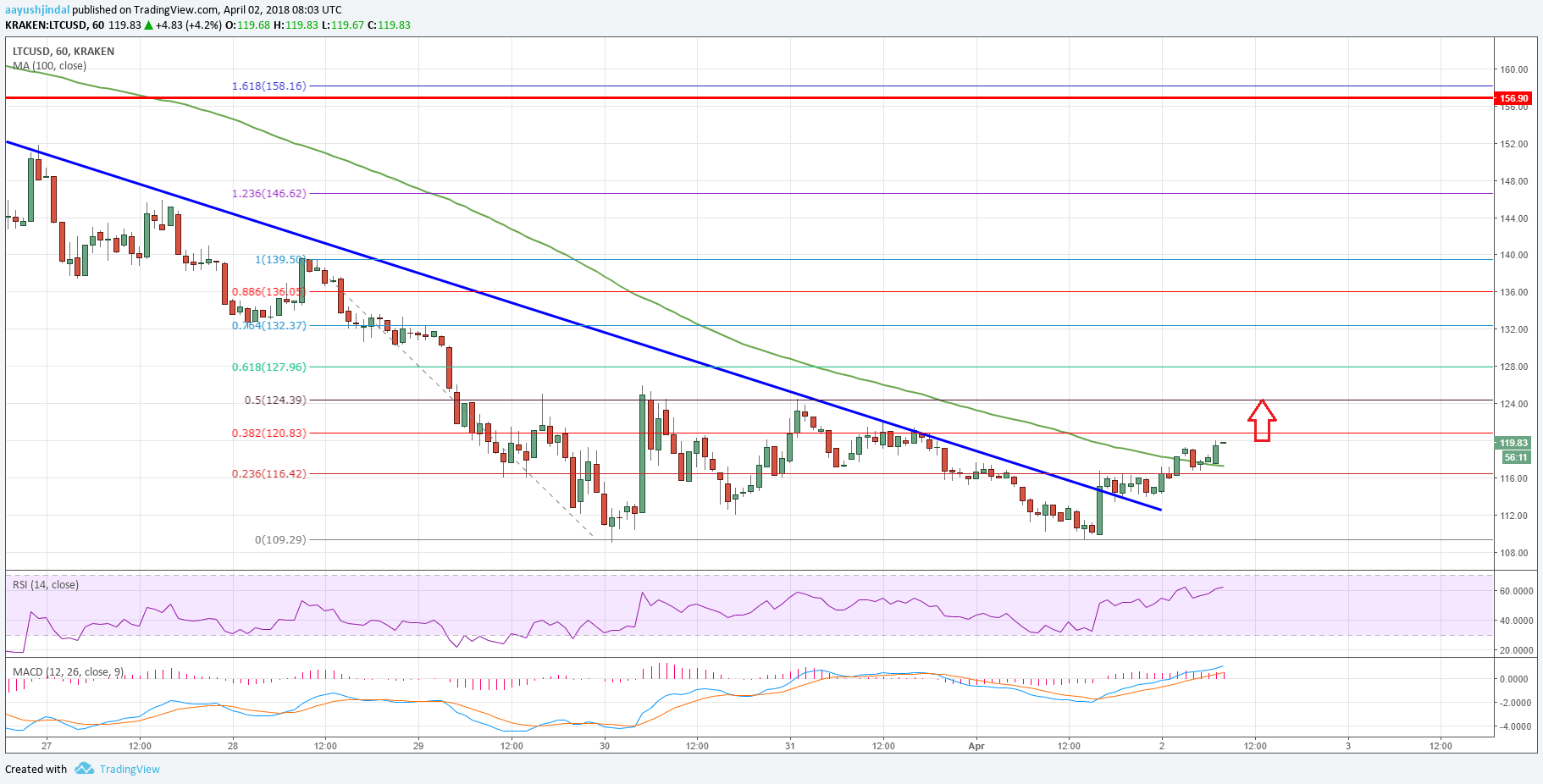 Litecoin price formed a decent support above $105 against the US Dollar. LTC/USD is currently recovering and it may continue to move higher towards $130.

There were a few swing moves in litecoin price above the $110 level against the US dollar. The LTC/USD pair formed a decent support near $110 and started an upward correction.

The pair traded above the $112 level and broke the 23.6% Fib retracement level of the last downside wave from the $140 swing high to $109 low. More importantly, there was a break above a major bearish trend line with resistance near $115 on the hourly chart of the LTC/USD pair. 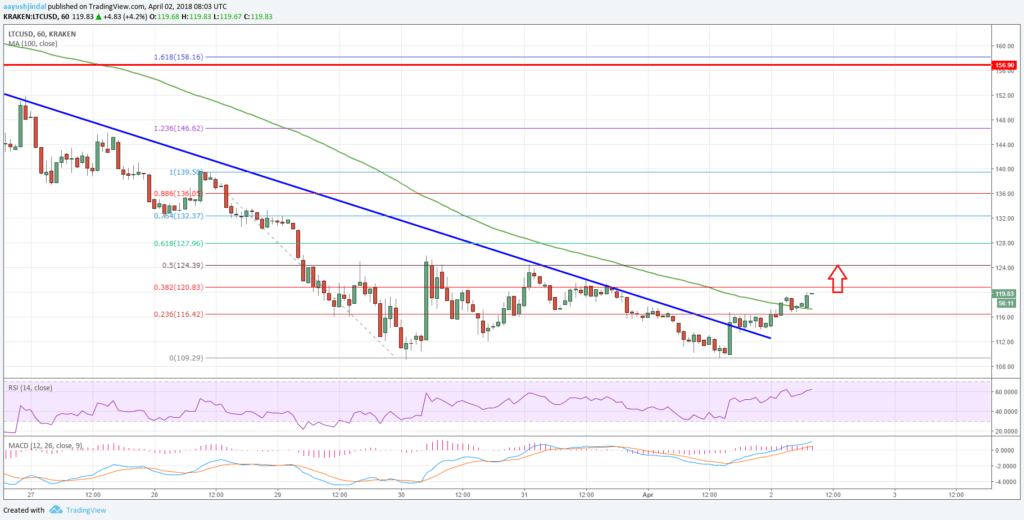 The pair is now placed nicely above the $115 level and it also cleared the 100 hourly simple moving average. It seems like the price may gain traction and it could even move above the $120 level.

The next major upside hurdle could be around the 61.8% Fib retracement level of the last downside wave from the $140 swing high to $109 low. A break and close above the $128 and $130 levels could accelerate gains.

Above $130, the price may attempt a move towards the all-important $150 level. On the flip side, if the price fails to move past $130, it may start a fresh downside wave.

In the mentioned case, the last swing low near $110 may be tested. Below $110, the most important support could be around the $100 level.

The overall technical structure is short-term positive and bullish, and there are chances of litecoin price moving further higher towards the $125 and $130 levels.