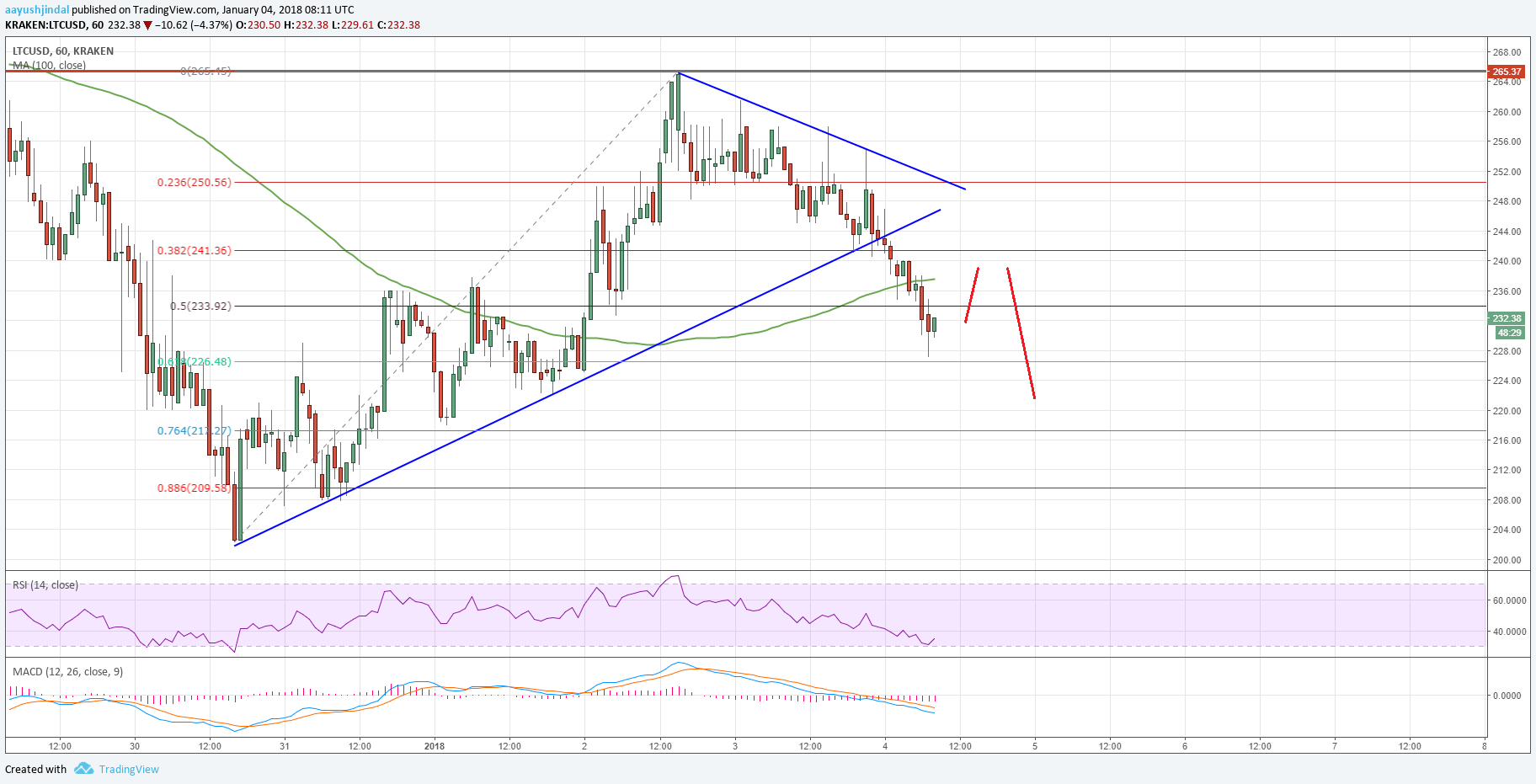 Litecoin price failed to move above the $265 resistance against the US Dollar. LTC/USD broke a major support and moved below the $240 support.

Yesterday, we saw a steady rise in Litecoin price from the $220 swing low against the US Dollar. However, the LTC/USD pair failed to move above the $265 resistance and started a fresh downside wave.

The pair declined below the 23.6% Fib retracement level of the last leg from the $203 low to $265 high. More importantly, there was a break below yesterday’s highlighted key bullish trend line with support at $244 on the hourly chart.

Later, the downside move accelerated and the pair moved below the $240 support and the 100 hourly simple moving average. At the moment, the price is just below the 50% Fib retracement level of the last leg from the $203 low to $265 high.

Therefore, there is a risk of more declines in the near term towards $220. Should litecoin price corrects higher from the current levels, the broken support at $245 is likely to act as a resistance along with the 100 hourly SMA.

Above $245, there is a bearish trend line forming with current resistance at $250 on the same chart. Thus, the $245-250 levels represent a major upside barrier for buyers in the near term.

On the downside, LTC/USD buyers are waiting near $220. The current price action is slightly bearish, but any major slides should be limited by the $220 and $200 support levels.

Once the current correction wave is over, the price will most likely bounce back above $250.