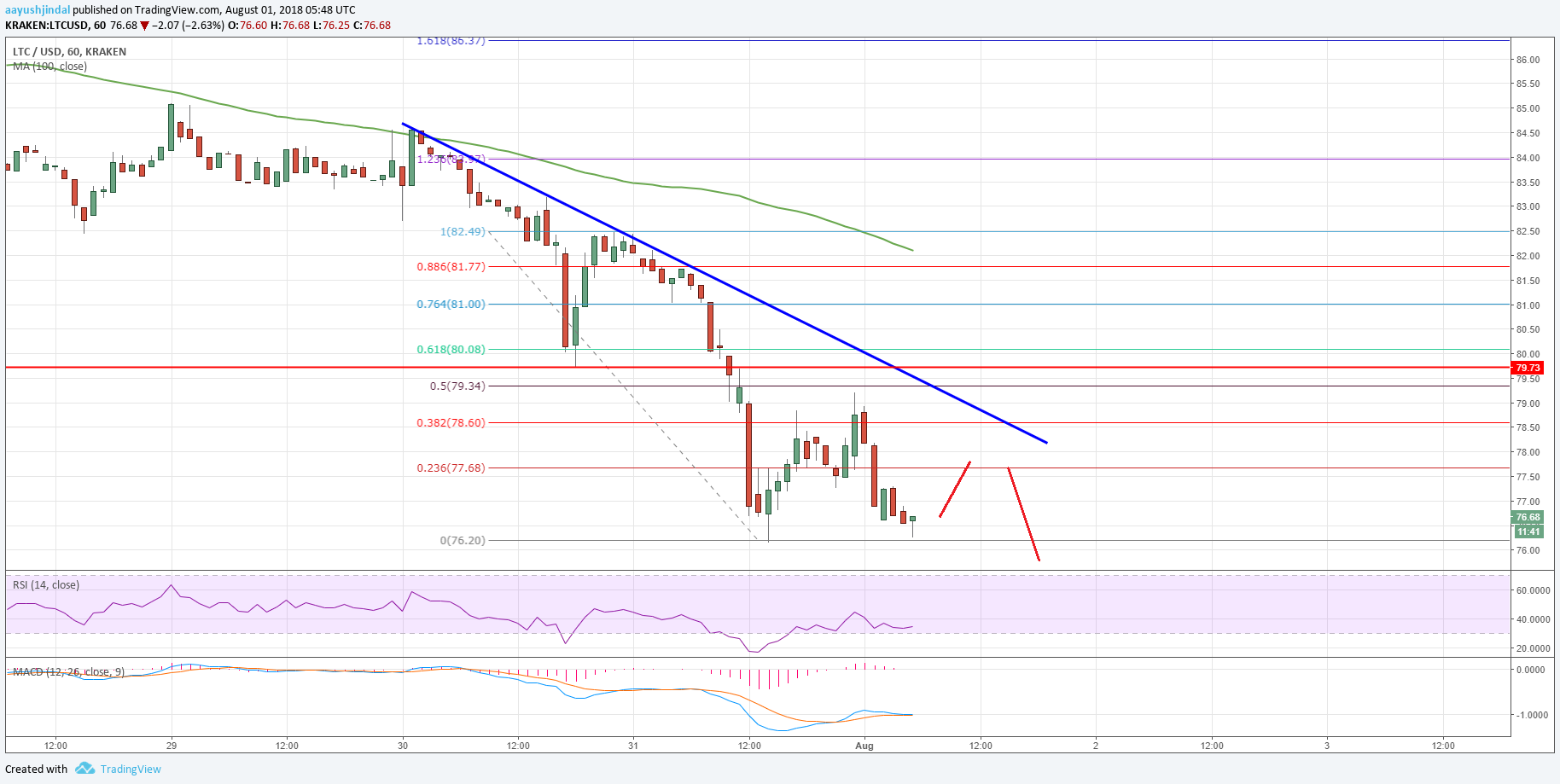 Litecoin price declined sharply and broke the $80.00 support against the US Dollar. LTC/USD traded towards $76.00 and it remains at a risk of more losses.

During the past few hours, litecoin price faced an increased selling pressure below $82.00 against the US dollar. The LTC/USD pair declined sharply and broke the $80.00 and $78.00 levels. 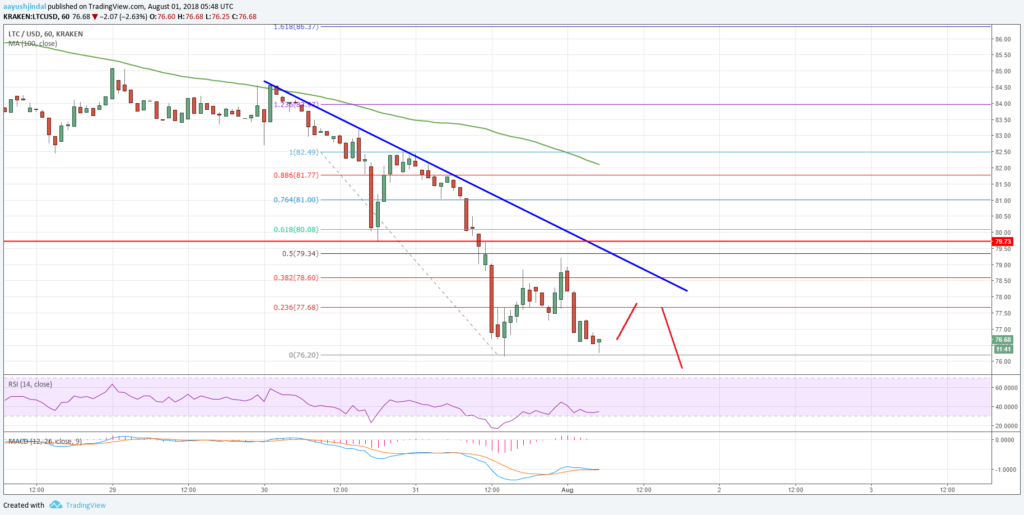 The price may consolidate in the short term above the $76.00 level, but upsides are likely to be capped. An initial resistance is near the 23.6% Fib retracement level of the last drop from the $82.49 high to $76.20 low.

Moreover, there is a major bearish trend line formed with resistance near $79.00 on the hourly chart of the LTC/USD pair. Above the trend line resistance, the $80.00 level is likely to prevent upsides.

On the downside, the recent low at $76.20 is a short term support. The next immediate and an important support is at $75.00, below which, the price will most likely tumble towards $70.00.

Overall, litecoin price is under a lot of pressure and only a close back above $80.00 could reduce selling pressure.