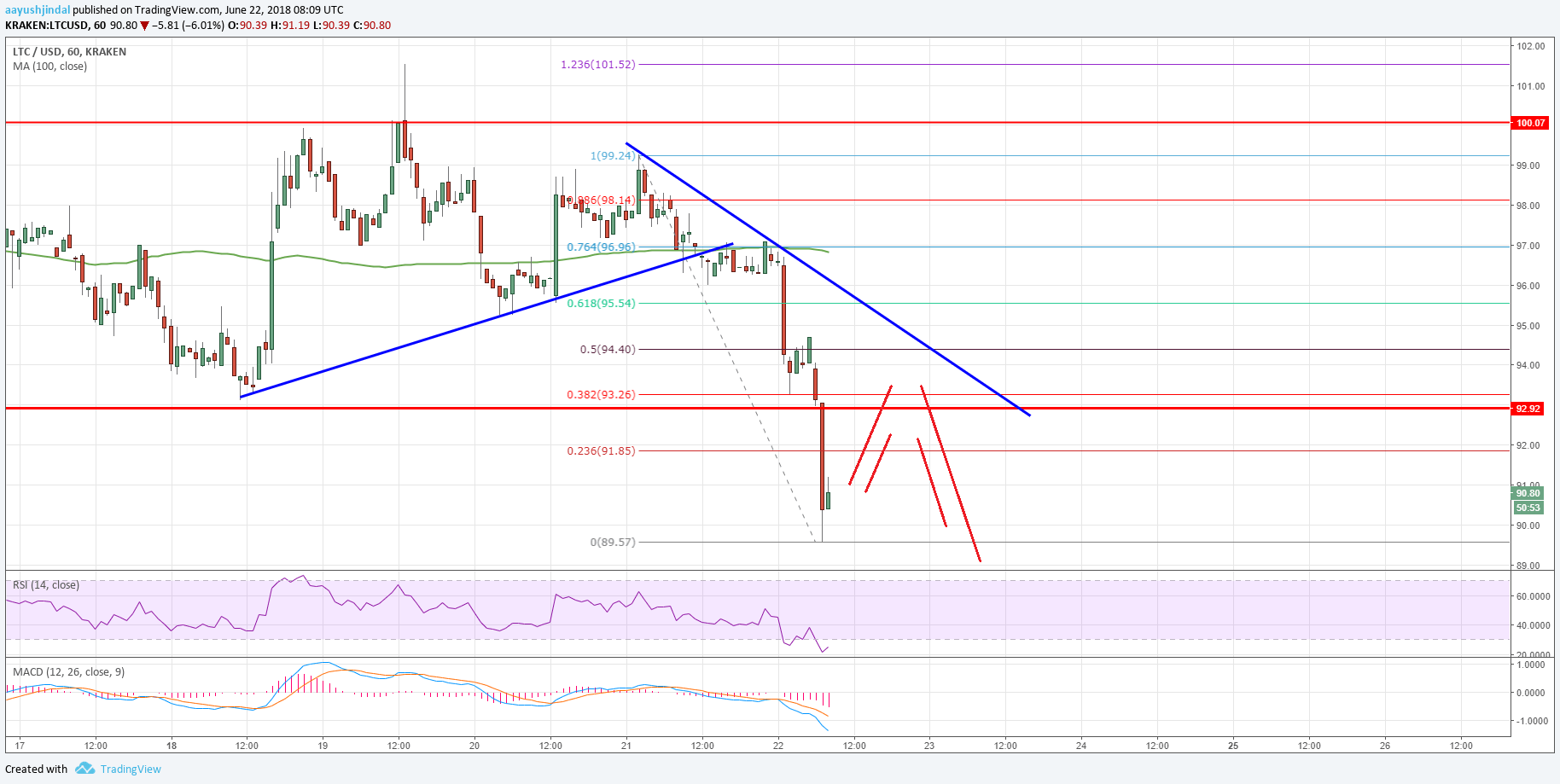 Litecoin price failed to hold the $95 and $92 support levels and declined against the US Dollar. LTC/USD is currently under pressure and is trading in a bearish zone.

The past few sessions were mostly bearish since litecoin price failed to move higher and declined below the $95 support against the US dollar. The LTC/USD pair faced an increased selling pressure, resulting in a downside break below the $92 support zone.

Looking at the chart, the price failed to stay above the $93 and $92 support levels and traded below $90. A low was formed at $89.57 and the price is now trading well below the 100 hourly simple moving average. 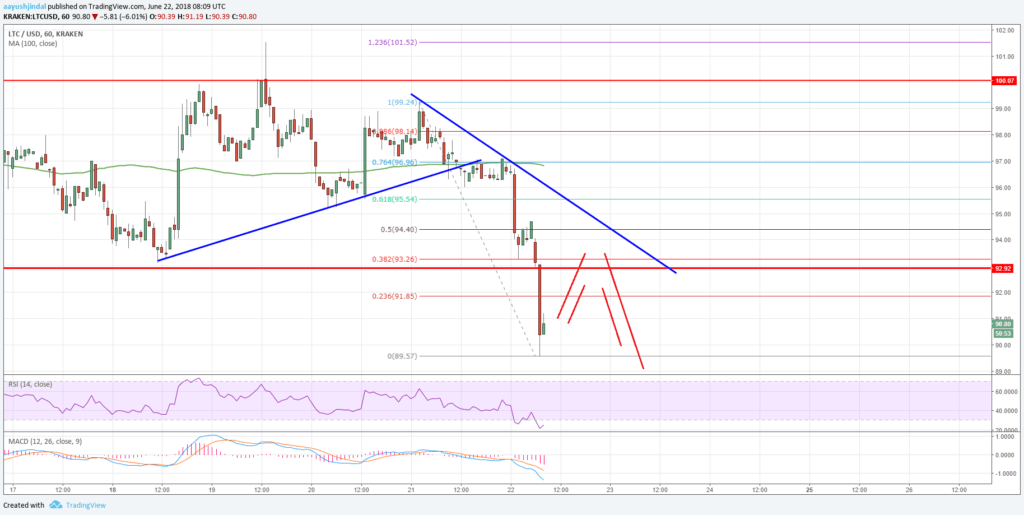 More importantly, there is a new connecting bearish trend line forming with resistance at $93.00 on the hourly chart of the LTC/USD pair. The same trend line is close to the $92 zone, which was a support earlier and now a major barrier.

If the price corrects higher, it is likely to face sellers above $93. Only a close above $95 may perhaps push the price back in a positive zone.