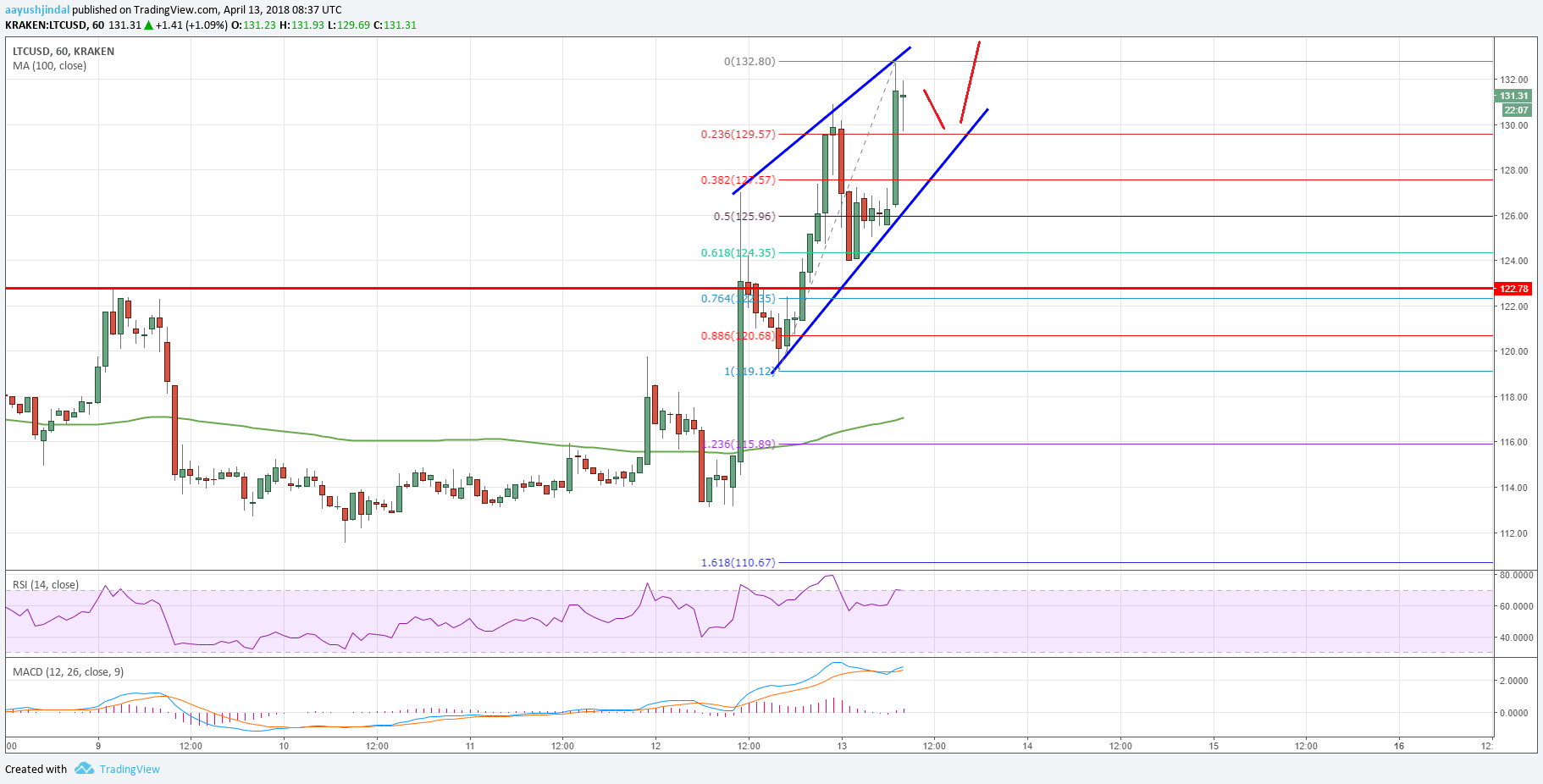 Litecoin price surged higher and broke the $120 resistance against the US Dollar. LTC/USD is now back in a bullish trend above the $122 pivot level.

The past few sessions were very positive as most cryptos such as bitcoin, Ethereum, ripple and litecoin moved sharply higher. There was a sharp rise in litecoin price above a significant hurdle at $120 against the US dollar. The LTC/USD pair broke a few important barriers such as $115, $120 and $122 to set the pace for more gains. 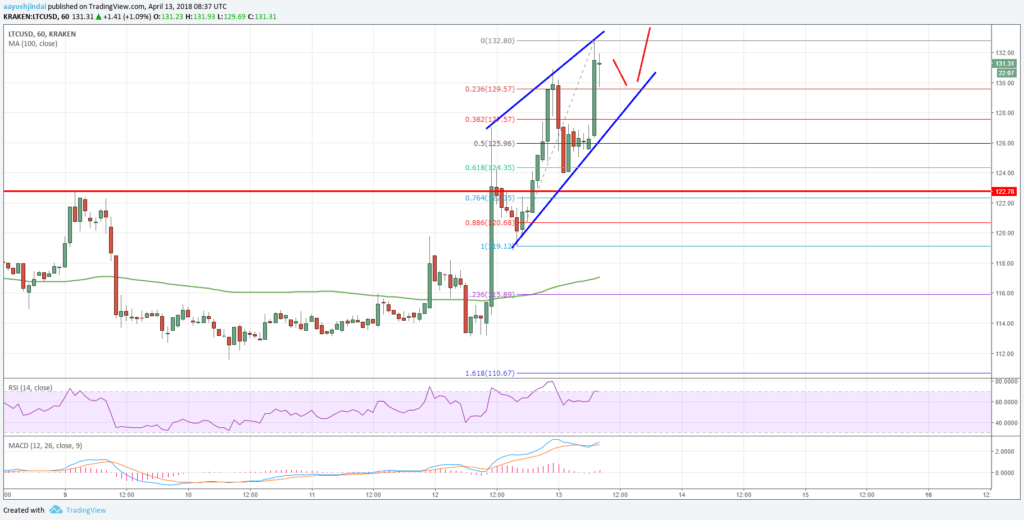 There is a decent support forming near the 23.6% Fib retracement level of the last wave from the $119 low to $132 high. At the moment, there is a key breakout pattern forming with resistance at $135 on the hourly chart of the LTC/USD pair.

Should there be a downside correction below $128, the price may perhaps test the 50% Fib retracement level of the last wave from the $119 low to $132 high at $125.96. Any further losses would push the price back towards the all-important $120-122 support zone.

Overall, litecoin price is back in a bullish zone and LTC/USD may continue to rise towards the $140 level in the near term.