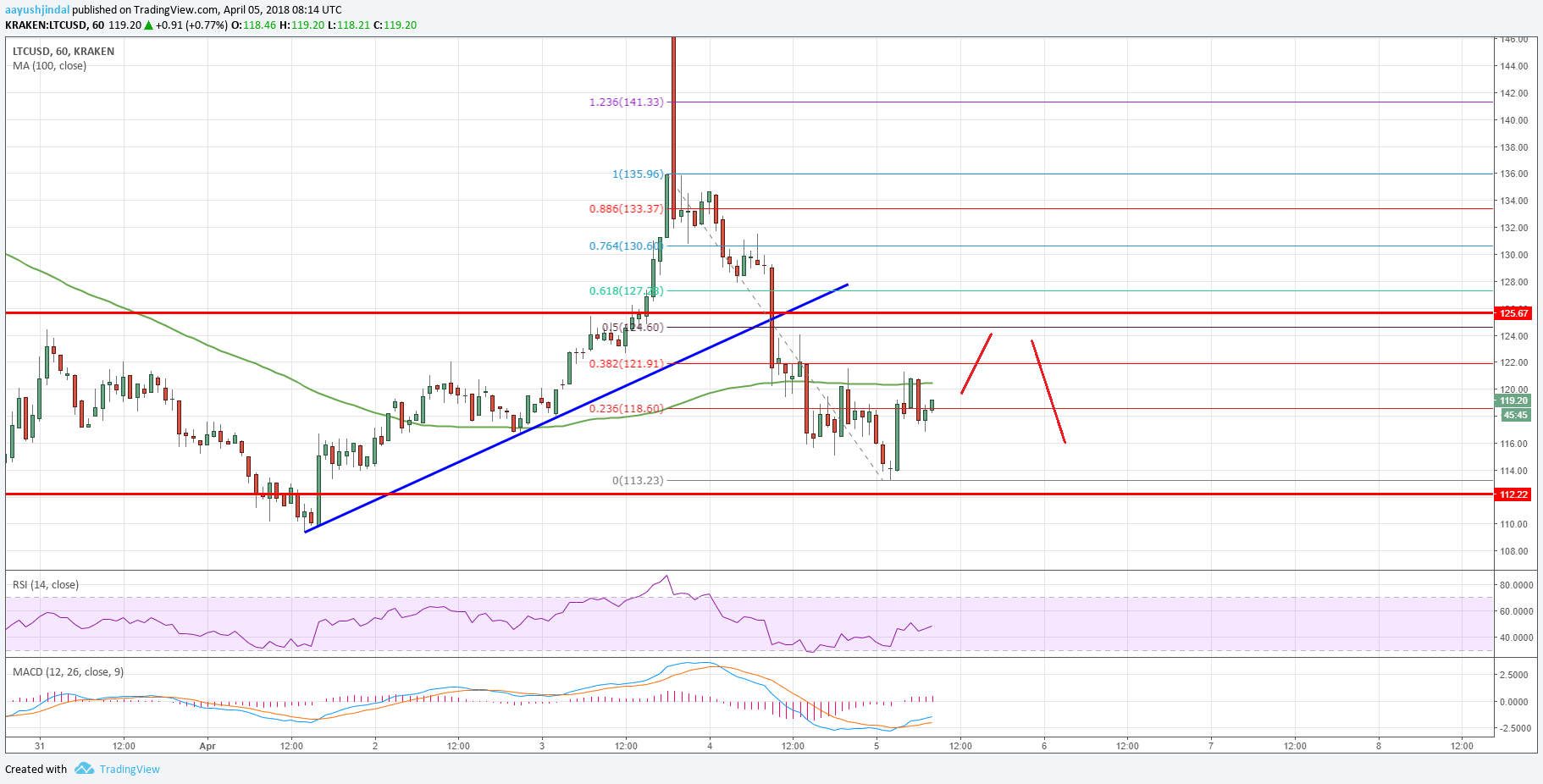 Litecoin price could not stay above $125 and declined against the US Dollar. LTC/USD is finding bids near $113, but it remains at a risk of more losses.

Yesterday, we saw a nice upside move above the $125 level in litecoin price against the US dollar. The LTC/USD pair traded towards the $135 level and formed a high near $135.96.

Later, a fresh downside wave was initiated and the price declined below the $130 level. The worst part was the fact that the price failed to hold the $125 support. Moreover, there was a break below a major bullish trend line with support at $126 on the hourly chart of the LTC/USD pair. 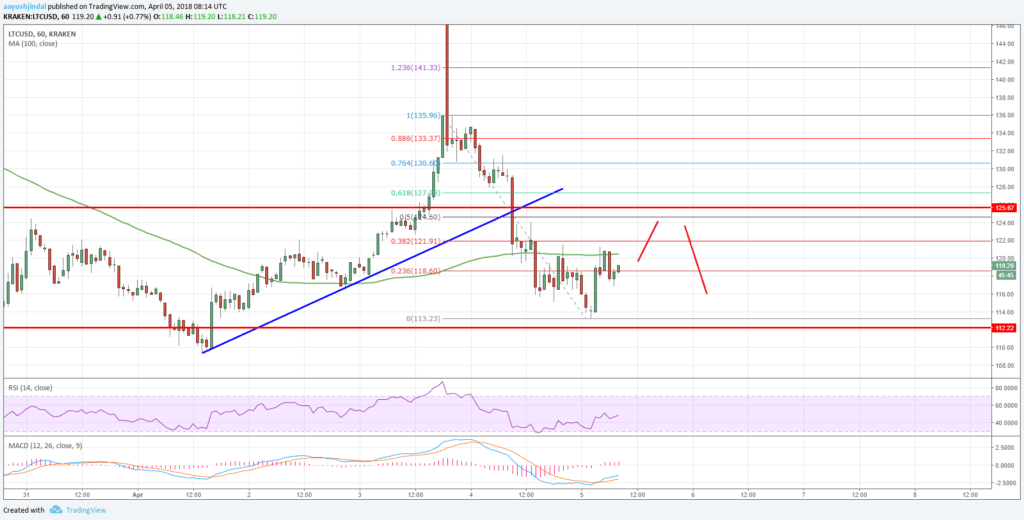 However, the price is struggling to break the $120 level and the 100 hourly simple moving average. On the upside, the most important resistance is near $125, which was a support earlier.

The mentioned $125 level is also the 50% Fib retracement level of the last decline from the $135 high to $113 low. Therefore, if the price corrects higher, it will most likely face a solid selling interest near the $125 level.

The overall price may trade in a range above the $115 level in the near term, but upsides could be capped.