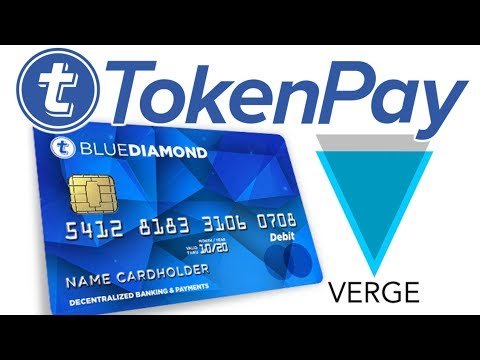 The relevance of TokenPay (TPAY) remain undoubted in the cryptocurrency space, the team behind the cryptocoin have indicated they are working on gaining mass adoption for the altcoin.

For some time now, TokenPay is being accompanied by its crypto friend, Verge (XVG).  Now, a band group based in Los Angeles announced the adoption of the two coin for payment on its platform.

Known as Dead Day Revolution, the group, through its Twitter page yesterday made known that it is now accepting TokenPay for every purchase on their platform, tagging verge (XVG) in the tweet.

“We are so excited to announce that you can buy our music with TokenPay! Pay with crypto and support mass adoption! @tokenpay @derekcapo $TPAY $XVG”, Dead Day Revolution twitted.

Announcing the adoption of XVG, the group stated that crypto lovers can now purchase its official merchandise from the band as it now accepts Verge as payment option through CoinPayment.

On the official website of the band group, the logo of the two cryptocurrencies is placed with a keynote revealing the adoption.

“We are proudly accepting payments in TokenPay and Verge Currency! Please click on the button for more information”, the noted stated.

With a total number of 13 tracks produced, the band group stands to entertain its lovers with top-notch music. The three member group which rolls out outstanding records consist of Mike Sandoz (vocals, guitar and primary songwriter), Skeeter Joplin (drums) and Cristian Sturba (bass).

The band group based is equipped with different tones, stylistic colors and flavors under the umbrella of rock’n’roll.

The need for the crypto community to canvass stores to accept crypto is the beginning of price upsurge. This has been the view of Litecoin Founder Charlie Lee and Ethereum’s founder, Vitalik Buterin.

Crypto community needs not wait for Security and Exchange Commission to approve Bitcoin ETF before they start preaching to small stores, companies, and international business to adopt crypto. With different stores opting for crypto, there is going to be a brighter future for digital coin.