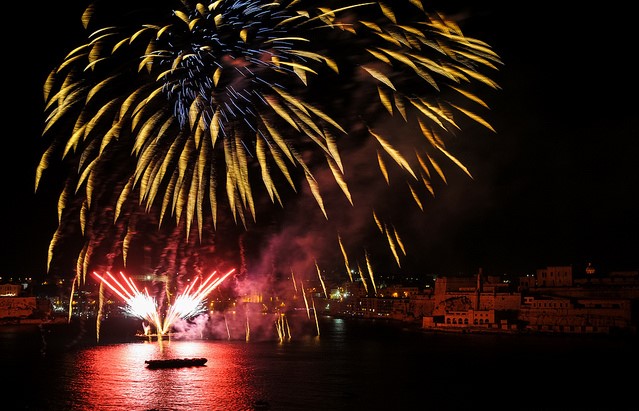 The Prime Minister of Malta, Joseph Muscat, confirmed today at a press conference that the Maltese parliament unanimously decided to approve three bills to promote blockchain technologies and the use of cryptocurrencies.

With this decision, these projects now reach legal status, meaning that they are now mandatory. The new laws that reaffirm Malta as the Blockchain Island are The Malta Digital Innovation Authority Bill, The Technology Arrangements and Services Bill, and the Virtual Financial Assets Bill.

In a tweet, the Prime Minister expressed his enthusiasm regarding this decision, commenting on his hopes to position Malta as a leader in this emerging market. He took the opportunity to call for the implementation of the laws, putting into practice what is now established “on paper”:

#Malta 🇲🇹 officially the first country worldwide to have holistic legislative framework regulating #blockchain & #DLT technologies. We will be the #global hub for market leaders in this new sector. Now for the implementation of #BlockchainIsland -JM @SilvioSchembri

A Good Decision With Great Support

The expressions of support spread very quickly. From politicians, businesspeople, journalists, and enthusiasts in general, the public was as excited as the prime minister, with very high expectations about the future of the country:

And here we go! Now let us all work hard, together – Politicians, Regulators and Professionals – to really make Malta the most reputable hub of Blockchain and Cryptocurrency businesses @Malta @WH_Partners @FinanceMalta @Malta_Chamber @MFSAComm #blockchain #cryptocurrencies https://t.co/SaEP2lK4Cy

World’s first ever legislative framework for blockchain and dlt technologies adopted today in #malta. Together with ever improving Desi indicators, Malta is positioning itself as leader in the creation of the digital single market https://t.co/14QMyjaWwg

Undoubtedly, this ruling represents an important milestone for Silvio Schembri’s vision, who became the visible figure behind a country’s efforts to innovate in an area that has the potential to change the future of humanity, according to several analysts.

Schembri introduced the projects during April, and after three discussions, the Parliament finally approved all three of them for future implementation.

In an official Press Release, Schembri expressed his enthusiasm and confidence in the success of this government project:

“This evening’s Parliamentary session is historical. Malta will expose to the world its determination in allowing this industry to grow within its ecosystem. The feedback so far has been tremendous -keeping in mind the companies that have already announced their decision of relocating and opening offices here. These Bills will provide them with the legal certainty these companies are looking for,”

Malta: The Place to Be

Malta began to make itself visible after Binance’s decision to move to the island thanks to its favorable regulation and successful talks between politicians and CZ, CEO of Binance.

This decision was due to the numerous legal problems Binance’s team was facing in Japan, where they were previously based. Initially, the Japanese authorities issued a warning that Binance might be in breach of the current legal regulations.

CZ remarked on his surprise at this government action, especially considering that they were in talks for days with everything going on the right track.

Shortly afterwards, other exchanges and projects took the same path as Binance, sparking a special interest in the country which many began to refer to as the Blockchain Island.

Although the news is official, the immediate future projects are still unknown. However, it is expected that efforts to promote industries based on the use of cryptocurrencies and blockchain technologies will not only be maintained but will be further promoted.