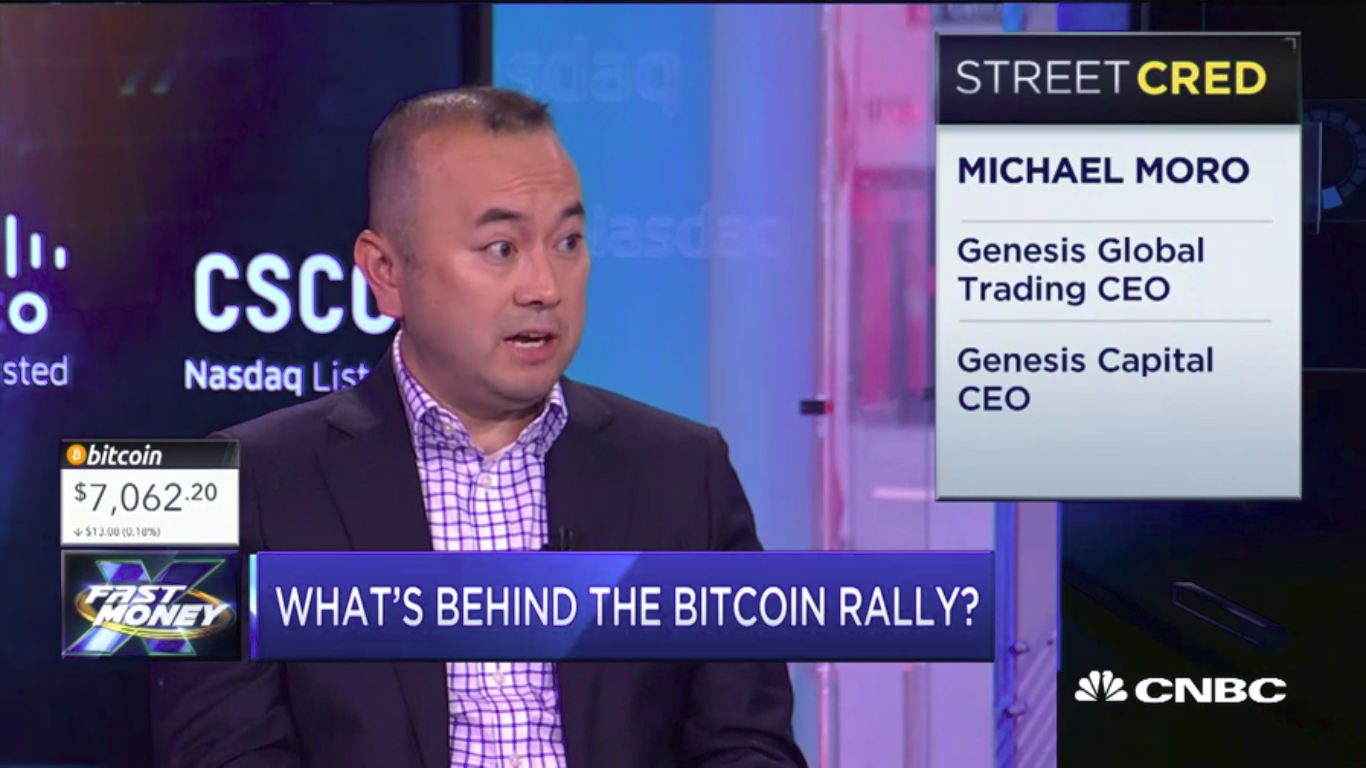 The cryptocurrency market seems to be recovering from a strong bearish trend that has lasted all year, and the bullish sentiment may be taking over the markets, so several analysts have said, adventuring to study the world of cryptocurrencies and the markets in general. One of those is Michael Moro, CEO of Genesis Global Trading.

In an interview for CNBC, Michael Moro said he is confident that Bitcoin can start a bullish run in the short term if it can overcome its resistance on the 7k band.

This opinion is based on simple technical analysis. Those who firmly believe in this prediction method over the use of fundamental analysis can come to this conclusion very quickly.

It is also important to note that other long-term indicators confirm that a reversal of the bearish trend could occur if the bullish are able to pass this severe test.

Michael Moro is quite optimistic about the maximum prices of this fluctuation. For him, after defeating the 7k, it is hard to foresee a near bearish domain. He says that it is easier to see a steep climb than a slightly more moderate descent:

Moro considers it important that the markets were not strongly affected by the recent SEC decisions to reject an ETF Bitcoin; however, it is important to note that while this news was discouraging, Hester Peirce’s opinion was a relief to the community, giving optimism to those nervous sellers.

He says he does not think the SEC will approve an ETF in the near future but does not rule out the reality in the longer term.

“I believe the market now understands that the SEC’s ETF approval isn’t any time soon. So I think that the market sentiment regarding the product and the approval process is now far more muted, which I think is a healthier outlook for the next 12 months,”

For Mr. Moro, the critical price to follow beyond a band is, specifically, $7150. Bitcoin has not yet reached this level, but seems to slowly begin to get closer.

The well-known businessman believes that the market is able to keep the price close to this amount this week, next week could be a smooth and energetic foundation for a bullish run in the crypto market.

Bitcoin is currently quoted below 7k; however, even though it has exceeded 7k, it has not yet reached the figure set by Mr. Moro.