Cheap Fees Are Sooo 2018! Somebody Paid Over Half a Million USD in Fees To Send 25 Bucks Worth of ETH 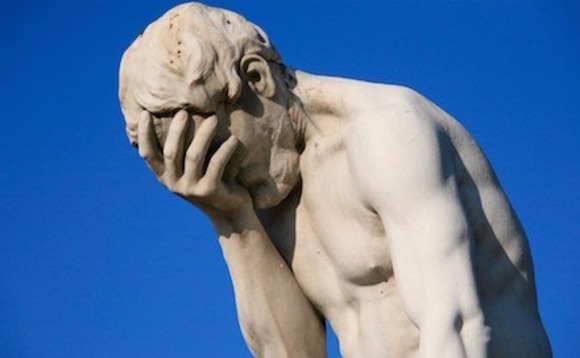 The world of cryptocurrencies never ceases to surprise us and every now, and then a bizarre -or suspicious- news ignites the community’s flame again. On February 19, 2019, a user completed five Ethereum transactions for a total of about $20 and perhaps wanted to be very very sure that the transaction would be quickly confirmed because he paid excessive fees… +500K excessive

Not One Mistake… Not Two… Not Three… Are These Really Just “Mistakes”?

The Community Explains: From a “Very” Generous Person to an ETH Laundering Operation

The community has tried to explain the reasons behind this strange series of events, however until now it is impossible to know for sure what the real reason is since the wallet is anonymous. In social networks, the explanations range from someone confused or drunk to some miner with a complicated M.O. to launder money.

Mati Greenspan, an eToro analyst, commented that it could be a human error resulting from the bad programming of a Smart contract or trading bot. This is quite plausible because we wouldn’t be in the presence of someone who made the same mistake several times but of a programmer who made only one mistake and didn’t do the necessary tests.

Who to blame? Bad design of Eth platform? Solidity flaw?

The dev who didn't test his script before publishing.

The most common conspiracy thesis involves money laundering. Reddit user maxwell-alive elaborated a little on how this criminal activity could be carried out:

Some users questioned this possibility, mentioning that any other miner could have confirmed the transaction and kept the commissions. However, supporters of the idea that everything is a money laundering operation explained that the miner could have made sure that the transaction was not sent, reserving the exclusivity of its mining and then put it on the blockchain as soon as the block is mined. One of them is aron9forever:

Or, you can just skip the ‘sends out TX’ part, and then it becomes obvious how a miner can just include his own transaction with the crazy fee only if and when he mines a block. The other miners don’t have the signed high fee transaction to begin with.

I’m unsure whether ETH has any protection mechanism against this (i.e something that forces a TX to be in the mem pool of the whole network before it can be included in a block) and am way too lazy to look it up. If there is none then this is a huge issue that I’m somehow shocked was overlooked from the original game theory behind ETH. What stops miners from hoarding larger-tx transactions for their own benefit? This can cause people to have their transaction forever hoarded by a greedy miner that never finds a block.

If everyone has the TX, then of course it makes no sense, unless say the mining operation (split between 2-3 pools that SEEM distinct) has 70-80% of the hash-power, and they’re fine with 20-30% loss on their laundered money, in which case no amount of ‘lucky guys’ or ‘other pools’ will swing the law of large numbers over time. They don’t need to do this in one bang after all, could be 3k transactions of 100 fee each.

So far the owner of the wallet remains anonymous, and it seems this will be the case for a very long time…