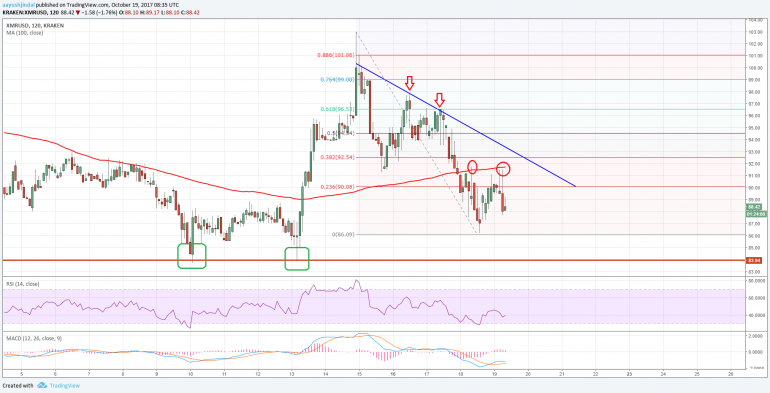 Monero price is slowly declining from the $102 high against the US Dollar. However, XMR/USD has a major support and buy zone near $84.00.

After trading above the $100.00 handle, Monero price failed to hold gains against the US Dollar. The price started a downside move after forming a high near $102 and traded lower by more than $10. 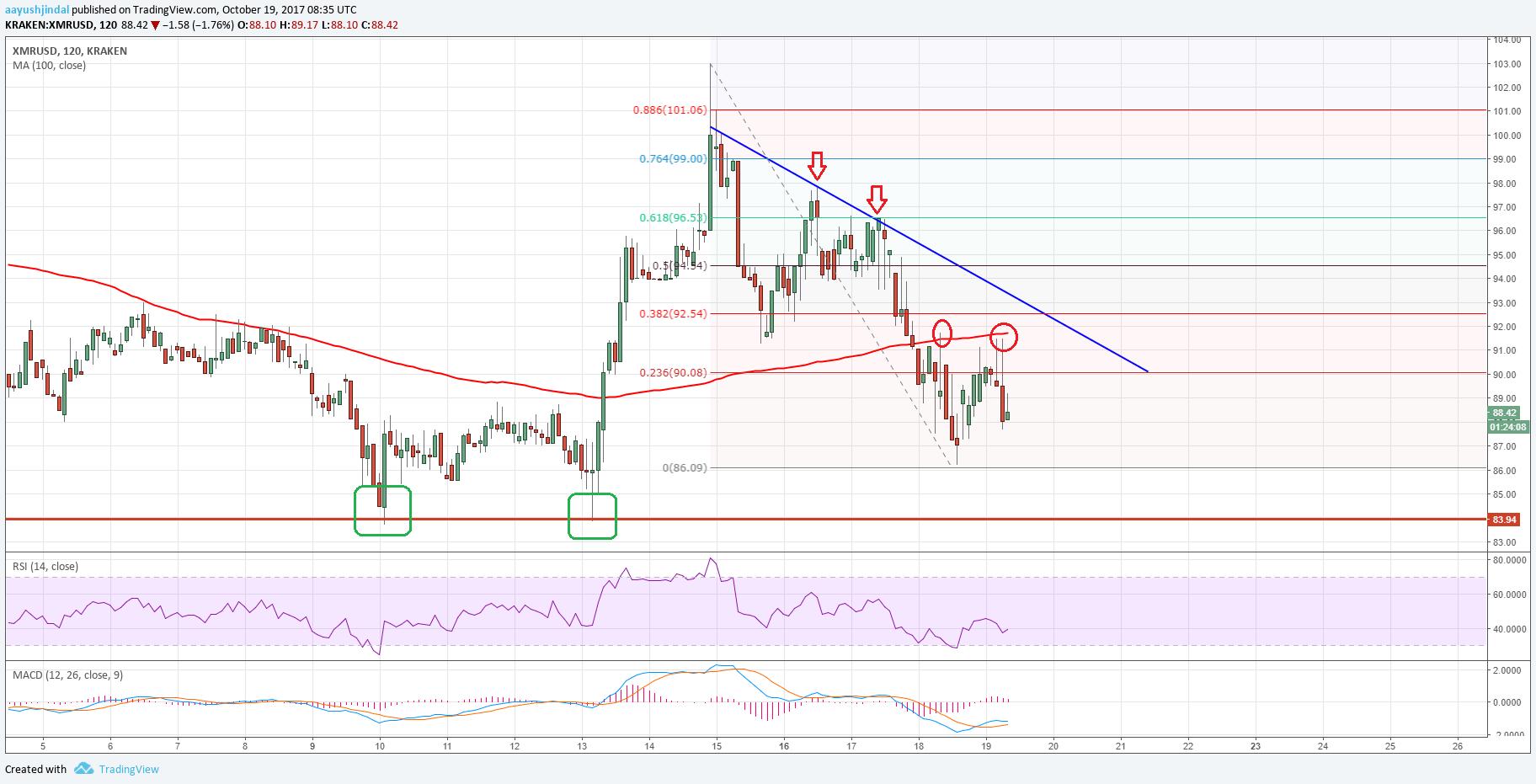 The 100 SMA is currently acting as a major resistance near $90.80 for buyers and preventing an upside break. Moreover, there is a key bearish trend line forming with resistance at $91.00 on the 2-hour chart of XMR/USD.

On the downside, there is a crucial support waiting near $84.00. The stated $84.00 support acted as a solid buy region on many occasions and prevented declines. Therefore, a close below $84.00 won’t be easy in the near term.

On the flip side, any further slides would face strong buying interest near $84.00, which is a significant support area.