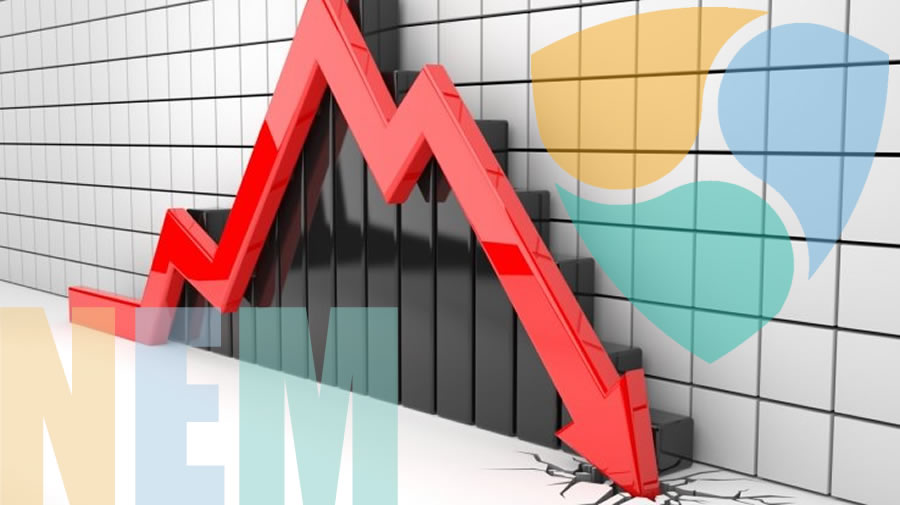 The Singapore based NEM Foundation is the latest to suffer from the prolonged bear market as it faces bankruptcy fears and axes staff.

In recent months a number of crypto companies including Bitmain, ConsenSys, Huobi and Blockfolio have downsized and cut staff in the midst of the ever deepening crypto winter. The NEM Foundation is the latest one to be added to that growing list.

The 150 strong work force is about to be slashed as budget cuts force a complete restructuring according to Coindesk. NEM Foundation president, Alex Tinsman, told the outlet that it intends to submit a funding request for 160 million tokens which at today’s rate is around $7.3 million. This would serve as a lifeboat to rescue the organization from imminent bankruptcy.

“Basically we realized we had a month to operate, due to the mismanagement of the previous governance council,” Tinsman said earlier this month. The first task for the newly founded council was to check on last year’s activity to see where things went wrong. The official community announcement stated;

“The reality of having one month left in funding means we won’t be able to support our current headcount, partnerships, and projects. We need to put everything on hold. This is painful since it hurts good people and partners, but the new council is aligned that we need to be transparent with what is happening behind the scenes of the NEM Foundation.”

The current members will be asked to vote on the funding request in February and the number of job cuts will be determined by how much finding the community approves. The announcement stated that the organization is ‘hitting refresh and starting from scratch’ and shifting from a promotional-focused organization to a product-focused one.

Regional teams will be replaced with newly created product-focused teams, the heads of which will be responsible for reporting metrics and delivering ROI directly to the council and community to maintain transparency and accountability. The budget burn rate will be reduced by 60% from its current level but actual figures have yet to be confirmed. The letter also addressed previous failures;

“We saw very little accountability for funds and questionable ROI, leading to a burn rate of 9 million XEM per month. In terms of running an effective organization, the existing structure failed. Maybe that didn’t seem like a big problem when the XEM price was high, but it’s a very big problem as we seek to sustain a viable organization in the ‘Crypto Winter.’”

At the time of writing XEM has fallen 3% on the day to $0.046 (1315 satoshis), this is an epic crash of over 97% from its all-time high of over $1.80 in January last year. The new team is still optimistic in the face of such adversity but things will be a struggle from now on for NEM and a lot more crypto projects as the winter gets even colder.