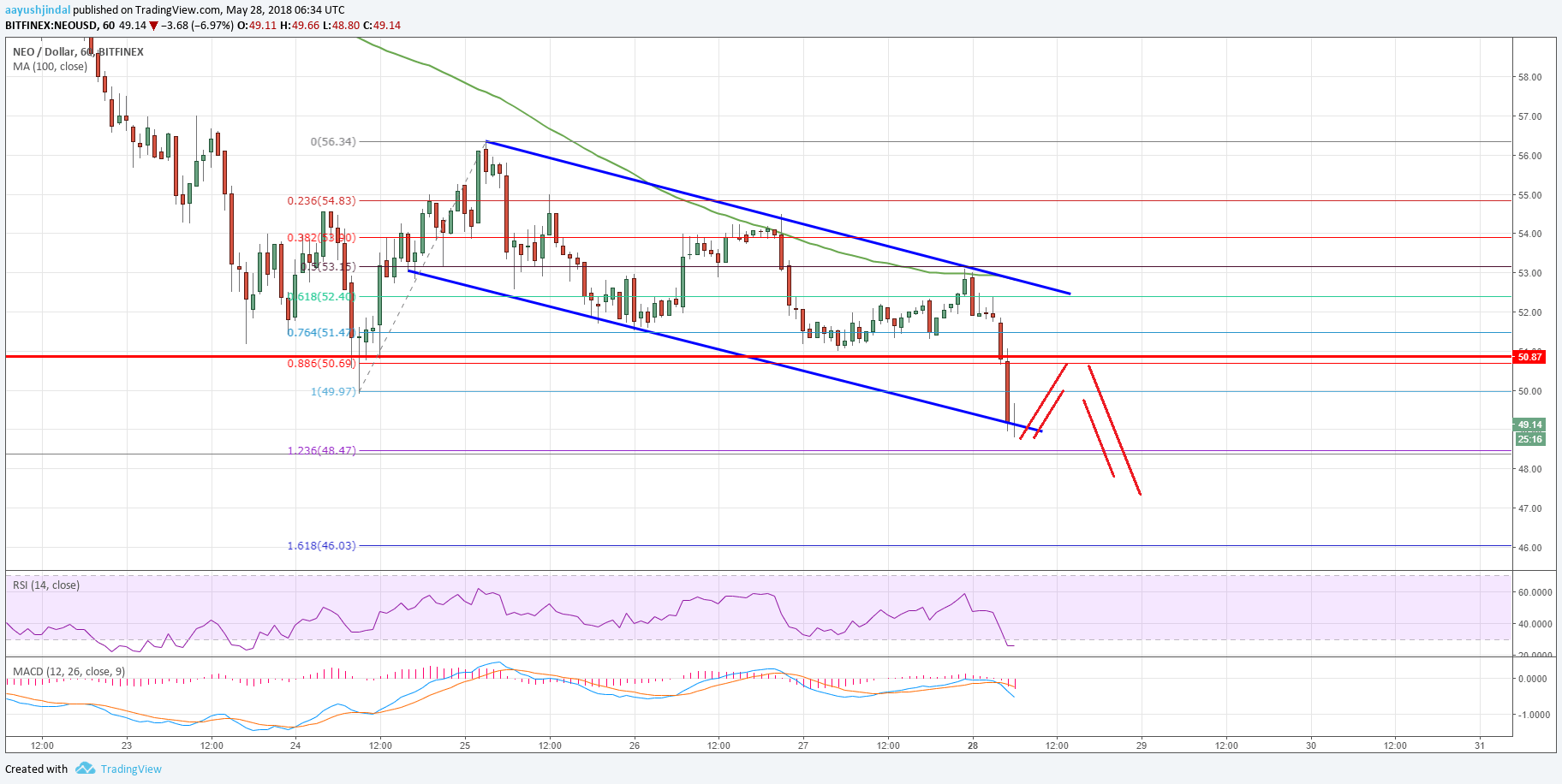 Neo price failed to hold an important support at $51.00 and declined against the US Dollar. NEO/USD could accelerate losses towards the $48.50 and $46.00 levels.

The chart suggests that the price came under a lot of pressure below $55.00. Earlier, there was a slight recovery from the $49.97 low and the price moved above the $55.00 level. However, the upside move was capped by $56.50, resulting in a sharp downside move. 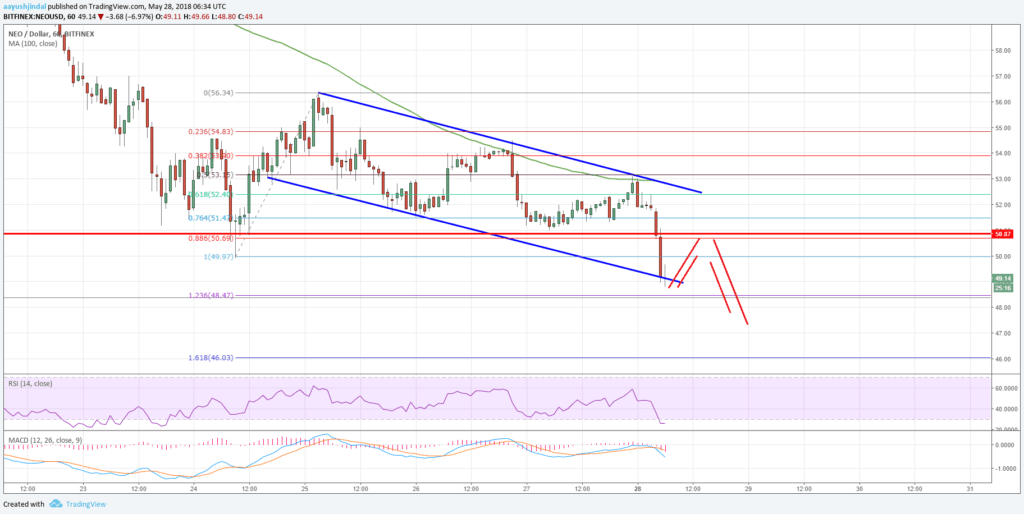 There was also a failure to settle above $55.00 and the 100 hourly simple moving average. Later, the NEO/USD pair started following a declining channel with resistance at $53.00 on the hourly chart.

Sellers gained control and pushed the price below the $50.50 and $50.00 levels. At the moment, the NEO/USD pair is attempting a downside break below the same declining channel with support at $49.15.