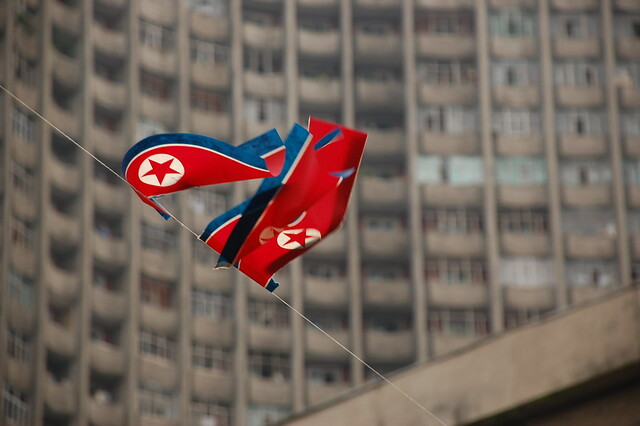 North Korea has been discussed for a long while by the crypto community due to rumours and various reports, saying that local hackers were attacking crypto exchanges in its neighbouring countries.

Now, The Independent writes, citing a recent report made by the Royal United Services Institute (RUSI), North Korea is utilizing Bitcoin and other virtual coins to finance the creation of weapons under its program of mass destruction.

Bitcoin helps to go round the traditional finance system

The report made by the scientists at the RUSI says that the North Korean government headed by Kim Jong-un is using the nascent technology of crypto to provide financial support for its program of constructing weapons of mass destruction (WMD).

Crypto assets are being acquired through cyber-criminal activities by specially trained groups of hackers.

Kayla Izenman, one of the two co-authors of the study, states that the nature of crypto assets, which has purely mathematical limits, makes crypto a very convenient tool for those hoping to avoid using the traditional system of finance.

Ms Izenman, quoted by The Independent, states that North Korea has stolen a lot of crypto through hacking exchanges. She also stated that the country is acquiring great amounts of various coins through mining. As per her, these assets may well be used for financing the WMD program which Kim-Jong-un is developing presently.

The least that crypto is definitely helping North Korea to do, believes the scientist, is helping it to exchange financial transactions with people and organizations in other countries, avoiding the global sanctions implemented for the country’s financial and economic isolation.

An earlier report by the UN Security Council made last month offers approximate calculations, saying that North Korean authorities have already got around $670 mln in Bitcoin and other digital assets in their possession for supporting the local regime.

Even though, certain diplomatic progress seems to be achieved between the US and the North Korea’s leader recently, Kim Jong-un keeps trialling WMD systems, as per North Korean media outlets.

As for the talks regarding nuclear weapons between the leaders of the US and North Korea, those are still deadlocked, so the latter keeps testing new advanced weapon systems. That is also confirmed by the recently made satellite photos.

North Korea keeps denying its involvement in cyber-crimes aimed at gaining more cryptocurrencies in an attempt to avoid US-imposed sanctions.