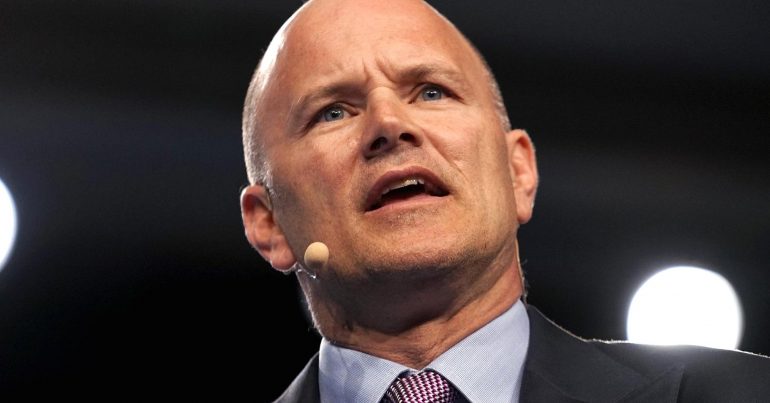 Speaking on CNBC’s ‘Power Lunch,’ the former Fortress manager argued that one of the biggest issues was that regulators may get nervous with how high bitcoin is rising, adding:

His comments come at a time when the digital currency sailed through the $13,000 milestone today, for the first time. Such an impressive feat pushed its market cap to $218 billion, boosting the combined market value to $374 billion. Consequently, the combined market is now more valuable than that of JPMorgan Chase.

As CEO of Galaxy Investment Partners, Novogratz, who is launching a $500 million fund to invest in digital currencies, questioned how long this rally can go on for, stating that what makes it so interesting is the fact that it has gone global.

Interestingly, Jehan Chu, Kenetic Capital managing partner, expressed the view on Bloomberg TV today that the entire world is now watching the digital currency market to see what will come out of it. This, he said, was partly due to Chicago-based exchanges Cboe and CME Group who are to launch their bitcoin futures contracts later this month.

Given the rate at which bitcoin has grown since the beginning of 2017, over more than 1,000 percent, Chu believes that it has the potential to reach $50,000 by the end of 2018. Novogratz, who admitted to having around 30 percent of his net worth in bitcoin and ethereum, has also projected a bullish figure for the cryptocurrency, saying last month that it could ‘easily’ reach $40,000 by the end of next year. In the past, he has compared bitcoin to that of digital gold.

Yet, while he has great hopes for the digital currency’s future and where it will head to, he doesn’t believe it will become a currency.

With bitcoin experiencing an upward tick in value it remains to be seen how much further it can go. For now, though, it seems that most regulators remain intrigued by the digital currency and what it’s achieving rather than being concerned that it needs regulating.