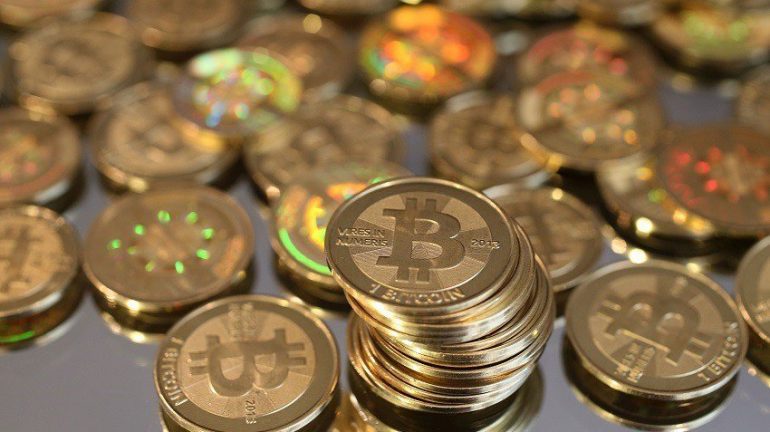 Bitcoin is in the “mania” phase, as it is the fastest-growing, most profitable asset in the world, beating all other assets: stocks, bonds, gold, oil, real estate…which in the course of this year rocketed from $1,000 to its peak at $19,000.

In a market that has so far been dominated by Bitcoin enthusiasts, crypto nerds and retail investors it’s only a matter of time, where it will be picked up hugely by most influential, big investors looking for this kind of diversification.

Jeffrey Currie, global head of commodities research for Goldman, argues “no evidence of a mass exodus from gold”.

Of course that is partially correct as Bitcoin has a current market cap of $275bn versus gold’s $8.3tn so it is still in its infant stage but already the substantial exodus of investors and therefore their funds from gold to bitcoin is already happening and growing in exponential rate.

People even are going so far as to take mortgages out to buy bitcoin, going all in for it, in anticipation of growth in Bitcoin’s price which comes from the “Bitcoin as a store of value”.

Core investors and ever growing group of enthusiasts as the main engine behind Bitcoin success and its fabulous price rice as they are driving up demand increases in manner that they bought and held bitcoin and will not sell it at any current price, describing their tactic of “Holding On for Dear Life”, aka Hodl.

Of course to come to this point HODL Bitcoin investors will have to be prepared for waiting patiently for a quite substantial time.