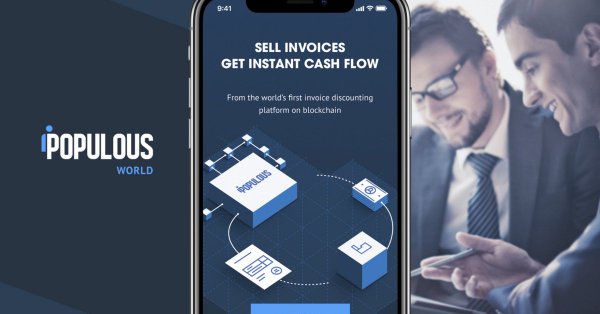 The table is full of green colors today. Even though there are slight reds, it is much dominated with greens. Populous, the blockchain technology solution for business is amongst the greener in the market today, and not just a greener, but the greenest.

While most coins are adding below 10% to their value, Populous stood out adding to its value far above others. In the market today, the price of Populous went up by 57%.

Similarly, the last seven days of the altcoin was also featured with addition. At the start of the week, PPT was priced $4.40, it went down to as low as $2.60 and later rose up to maintain its previous starting value, and today, the coin is in the air aiming for the moon.

Populous cannot be compared to many other cryptocurrencies in the space. The digital coin services the invoice financing realm, combining blockchain technology, XBRL data, and the Altman Z-score for an in-house credit rating system to assess debts and create an auction platform.

Populous is regarded as a P2P invoice-financing marketplace, which allows businesses to crowd source loans using an outstanding invoices. After the invoice is paid, the buyer gains for fronting the money.

In 2017, the cryptocurrency platform announced a partnership with Luxure Global Citizen, a United Kingdom luxury rewards company. To create its own cryptocurrency, the company offered 10 percent of its invoices to Populous in exchange.

However, early this year, Luxure announced it terminated the agreement and as a substitute, launched its own LGC-Coin ICO.

Populous is making big wave in the cryptocurrency space. Recently, Bithumb announced it is listing the coin for trade on its platform.