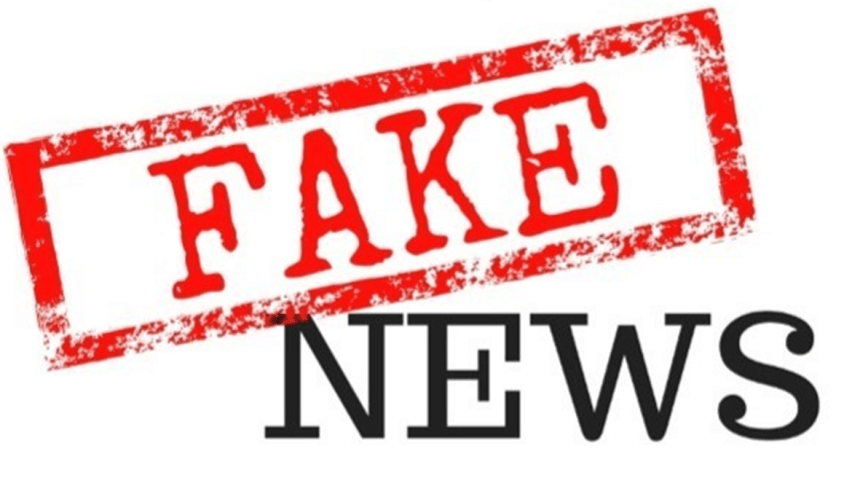 Reports of Binance Delisting Tether (USDT), Turn Out to Be FAKE NEWS

Monday, the 15th of October, was reminiscent of the volatility the crypto markets experienced back in February and March when the countries of South Korea and China, expressed their intentions to ban cryptocurrency trading. News that were circulating in the crypto-verse today through social media, indicated that the popular exchange of Binance, was about to delist Tether (USDT) from its platform. No official announcement from the team at the exchange had been made, but the damage had been done in the crypto-markets.

Possible Trigger of the Fake News

Moments before Monday’s market volatility, the exchange known as KuCoin announced that it was temporarily closing all USDT deposits and withdrawals on the exchange. The reason for doing so, were not mentioned. The announcement was as follows:

Due to USDT wallet system maintenance, we have decided to temporarily close deposits and withdrawals for USDT. We apologize for any inconvenience caused during the upgrade.

When everything has been resolved we will re-open deposits and withdrawals for USDT, please wait for our further updates.

Domino Effect and The Rumors Tether (USDT) Is a Scam

Right after the KuCoin announcement, word spread that Binance was also about to delist Tether (USDT) for there was evidence that USDT was a scam. Many crypto traders on all social media and messaging paltforms, got the following screenshot claiming to be an official announcement from Binance. 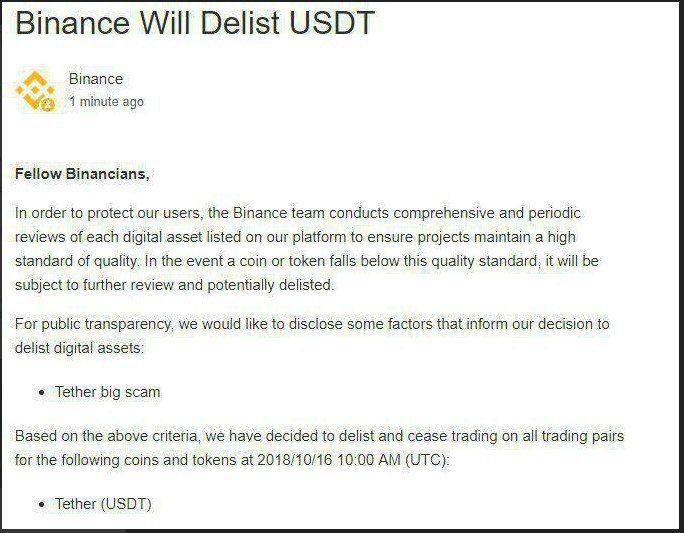 In a retweet, the CEO of Binance, Changpeng Zhao, has indirectly clarified that the exchange was not delisting Tether (USDT). The original tweet was referring to the above screenshot that was circulating on social media. The tweet debunked the news as follows:

FAKE: Saw this floating around and it’s an obvious fake. Binance is VERY politically correct and will never write “Tether big scam” (it doesn’t even make grammatical sense). This is just as bad as the “Vitalik is dead” scam last year. @cz_binance @binance

The full tweet retweeted by Changpeng Zhao, can be found below.

FAKE: Saw this floating around and it's an obvious fake. Binance is VERY politically correct and will never write "Tether big scam" (it doesn't even make grammatical sense). This is just as bad as the "Vitalik is dead" scam last year. @cz_binance @binance pic.twitter.com/bd9Anvclmt

In conclusion, the crypto markets were startled this Monday morning by fake news reports that Binance was in the process of delisting Tether (USDT). What then proceeded, was that traders holding Tether sought to flee from possible losses by turning to Bitcoin (BTC) as a safer alternative to the USD pegged cryptocurrency. As a result, Bitcoin got a major boost with reports of trading on Binance of as high as $7,500. BTC has since stabilized at $6,800.0

One possible indirect effect is that the fake news might have triggered the highly anticipated bull run and alt-coin season everyone was waiting for. Time will tell if the excitement in the markets will be permanent.

What are your thoughts on the Tether (USDT) cryptocurrency? Do you believe it is a legitimate coin backed by actual USD? Do you welcome the new interest in Bitcoin that had it gain all the way to $7,500? Please let us know in the comment section below.