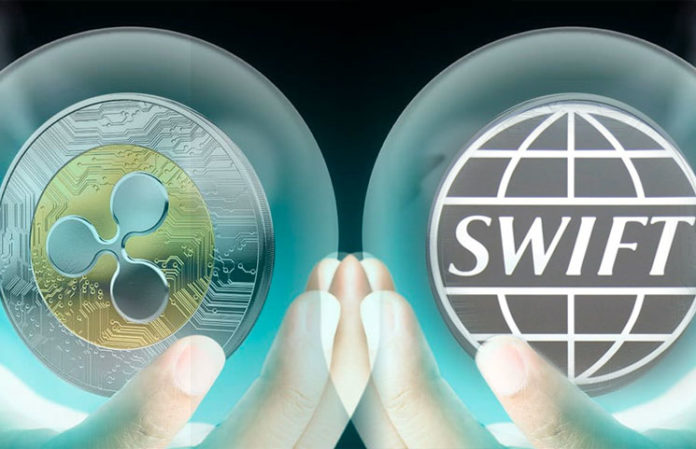 Ripple CEO and SWIFT CEO Meet in a Face-to-Face Debate in Paris.

After a long wait, crypto enthusiasts, and especially those attached to the XRP Army, were able to witness the debate between Ripple CEO Brad Garlinghouse and SWIFT CEO Gottfried Leibbrandt. Representatives of the two rival companies attended a panel called “Let’s Send the Money” as part of one of the events of the Paris FinTech Forum 2019.

At this event, participants discussed the future of cross-border payments. The two companies are trying to solve this issue using different methods, and although SWIFT concentrates most of the world’ s customers, Ripple is increasing its user share at a vertiginous rate.

Which One Will Be The King of Cross-Border Payments?

Swift CEO answered a question about how they will play an essential role in the future of transactions by focusing primarily on the high number of customers already connected to the network. He also mentioned that they are working on solving the problem of slow transactions thanks to the SWIFT GPI program, with which they expect to achieve transactions in record time:

“We have 10,000 banks in the network, and that, I think, is a resilient system, correspondent banking, and the other reason is [that] we are innovating like crazy… The big innovation we introduced three years ago called GPI, Global Payments Innovation, which really takes correspondent banking into the 21st century …
I was in China the week before last, and the Chinese banks told me ‘every payment we now send to the U.S. is there within minutes; so, it’s nice that you have tracking, but now cross-border payments have really improved. The same for corporates: you can now track it, etc…
So, we now have more than half of the payments globally on that new platform … We’ve signed up over 400 banks, all of the top 60 are on there, and we are looking towards general adoption in a year and a half, and then the whole of correspondent banking will be on that new platform… and with that, you get all the benefits of the existing model.”

For his part, Brad Garlinghouse referred to the role that the Internet of Value will play in the near future and how Ripple will be a major player once the IoV permeates the world of finance.

“Ripple talks a lot about what payments look like not just today but in 10-20 years, and when you think about that, we are talking about the Internet of Value: How do we move value the way information moves today.
I think about the dynamic between Ripple and SWIFT is not dissimilar to the dynamic between Amazon in 1997-1998 and Walmart … Ripple thinks about the Internet of Value: Really democratize payments, reducing costs dramatically, increasing speed dramatically … We really think the same way as we’ve introduced new technologies like TCP/IP and HTTP that became the internet of information.
I think the future we see is certainly one of many networks, interoperable networks, reducing the friction of payments to close to zero and I think we are going to see a lot of innovation apart from Ripple.” 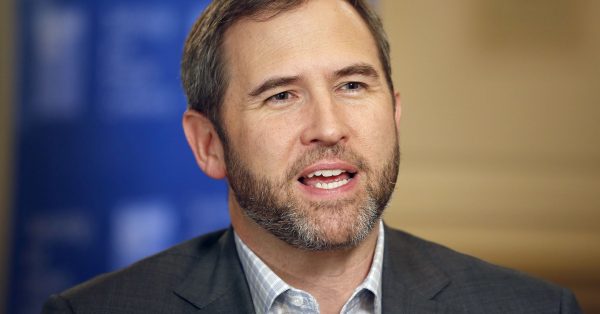 SWIFT Explains Why They Are Not Fans of Ripple and XRP

SWIFT’s decision to ditch Ripple technology was also discussed during the debate. When Schulze asked Leibbrandt why not do business directly with Ripple, he replied:

“We had a long discussion about blockchain vs. API… Blockchain, we think is further out. We’ve run a big Proof-of-Concept with blockchain, several Proofs-of-Concept I should say, one of them to put it inside the reconciliation between banks, Nostro vostro. We had 40 banks participate in that. It was the largest HyperLedger implementation outside IBM… But when we evaluated it with the banks, they said ‘that works a proof-of-concept, but it is not clear to us that it is that much better than what we have today given the migration cost.’ We find that for them it is much easier to integrate with APIs and what we are now offering with GPI than it is with blockchain.”

He also pointed out that except for a small minority, banks are not willing to use XRP due to the high volatility of cryptocurrencies. 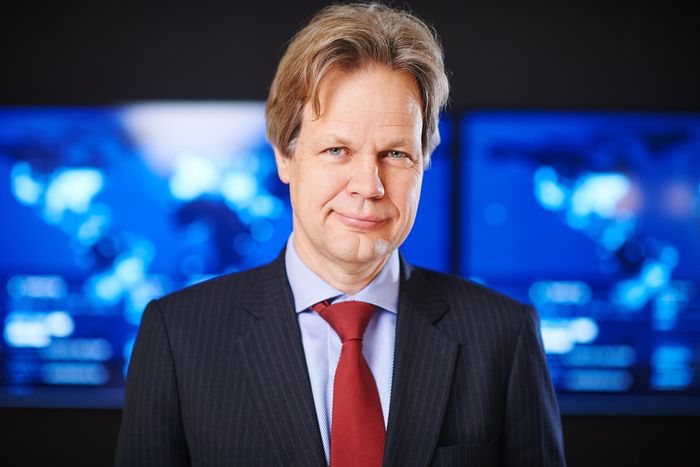 For his part, Brad Garlinghouse countered these claims, mentioning that they carried a burden of misinformation. Garlinghouse said no matter how volatile a token may be, the almost immediate time it takes to complete a transaction reduces the risk to an even lower margin than that of traditional fiat transactions:

“SWIFT today is a one-way messaging framework. It isn’t actually a liquidity provider… When we think about the internet of value, it’s a mixture of two-way messaging frameworks… coupled with real-time liquidity… I hear people talking about volatility, and I feel they are propagating misinformation… If you take a low volatility asset [fiat] times a long duration vs. a high volatility asset [crypto] for a very short amount of time, it turns out that mathematically there is less risk in the XRP transaction than in the fiat transaction.”

The complete debate is available here: