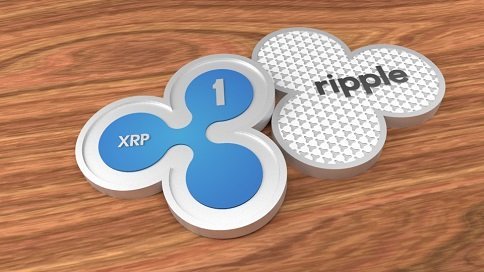 Last year was an epic one for altcoins with many of them increasing in price by thousands of percent. One winner showing huge growth in the past week alone has been Ripple and the ride may not be over yet. The likelihood of XRP being added to Coinbase is looking stronger each day and this will do wonders for its value.

Ease of access is a big deal in the cryptocurrency markets and there is no better way to get a coin out there than to have it listed on one of the world’s largest exchanges. Coinbase is used in 32 countries where it simplifies the process of buying cryptocurrencies using local currency. Not everybody has the technical knowledge to use exchanges such as Bittrex and Binance with Bitcoin but buying on Coinbase is relatively easy.

Earlier last month CEO Brian Armstrong told media that there would be more altcoins coming to the exchange in the New Year. Now it seems that Ripple could be one of them, the prospect backed up by a video from a self-proclaimed crypto insider. XRP has a number of advantages over Bitcoin, primarily its faster transaction speed and lower fees. BTC is notoriously slow and expensive to use with transaction verifications often taking hours and fees being as high as $25. XRP is a lot faster and cheaper costing as little as $0.0005 to send.

Coinbase already lists Bitcoin, Ethereum, Litecoin and recently Bitcoin Cash. If BCH was any indicator of what can happen to the price we should see another surge in XRP if and when it gets listed. BCH doubled in price in 48 hours from just under $2,000 to over $4,000 when Coinbase first listed it. It would not then be erroneous to suggest that Ripple could do the same and reach $5 in a short time.

XRP has already experienced a monumental year rising from $0.005 at the beginning of 2017 to over $2 at the end of it. Acceptance and partnerships with big banks and credit card companies in Asia has sent the price soaring in the past week or so. XRP is traded mostly in South Korea with the Bithumb exchange being responsible for almost 40% of global trade.

At the time of writing Ripple has already knocked Ethereum off the second spot by market capacity. It has had over $2 billion in 24 hour volume and a market cap of $87.5 billion. Ripple’s ride to the top is far from over.