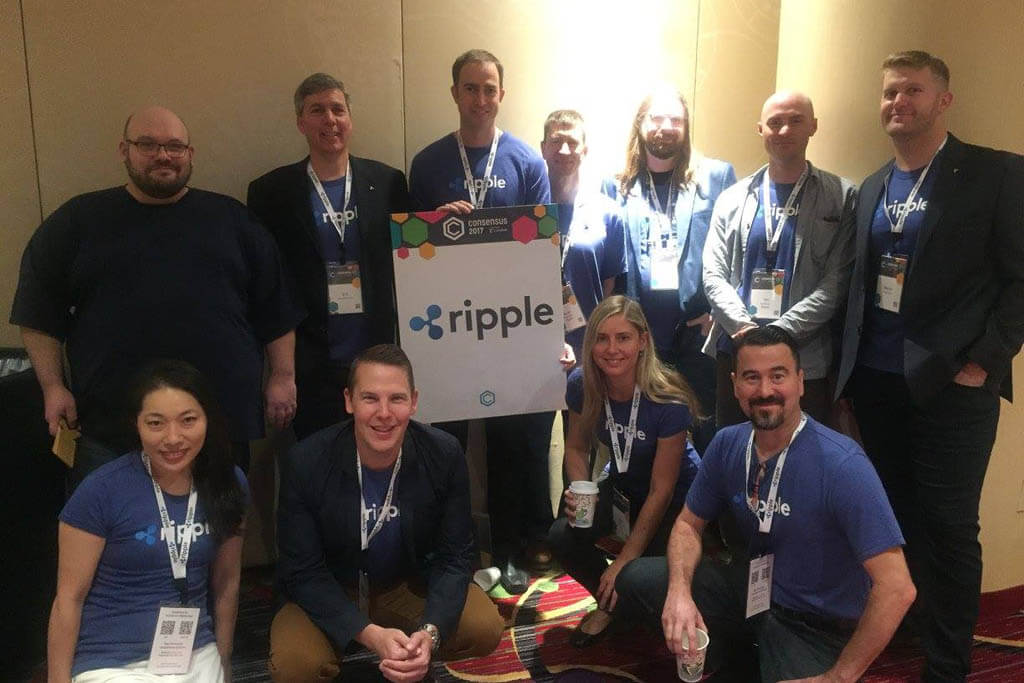 2018 seems to be Ripple’s year. The company has not only conquered the interest of many members of the community but also appears to have won the hearts of the employees who work for it.

According to a study published on the website of the Great Place To Work Institute “at Ripple, 91 percent of employees say their workplace is great.”

This figure adds to the series of good comments that the company has received not only for its innovation and professionalism but also for its human capital.

However, other numbers reflect the level of commitment of the personnel and are more remarkable than the “barely” 91% of acceptance mentioned above. According to the study, 99% of employees are highly proud to work with the company, and 98% believe that the company gives them the opportunity to face new challenges.

Among other results, 97% of employees said they are willing to “give extra to get the job done,” 96% believe that “great bosses” fill the leadership positions at Ripple, while 95% think that Ripple gives them the tools necessary to perform the tasks provided. 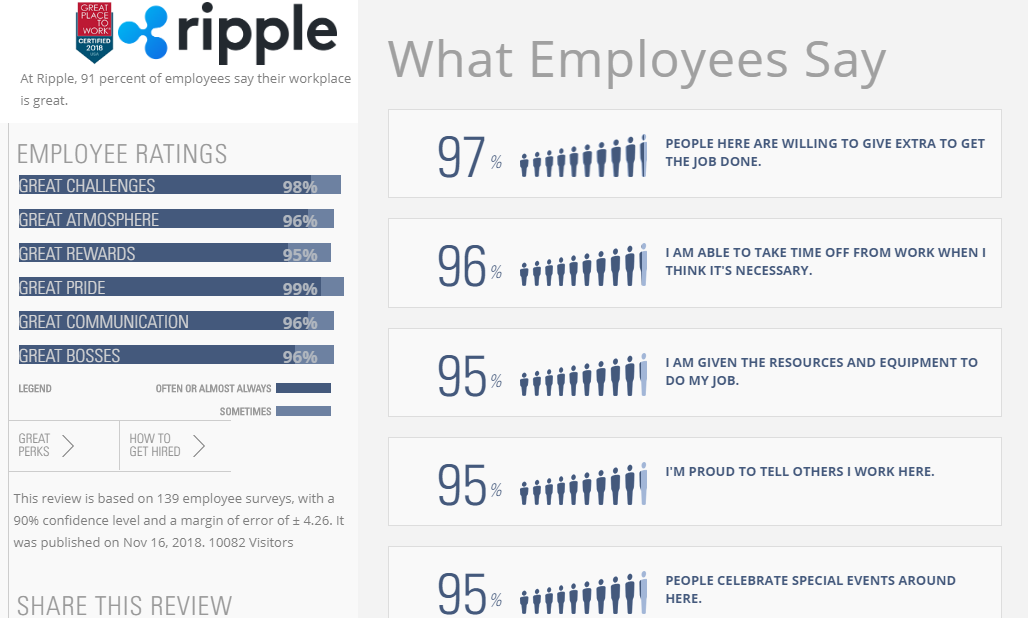 Ripple: The Secret to Success Starts With a Good Team

These extraordinary results made ripple worthy of the “Great Place to Work 2018” certification granted by the Great Place to Work® Institute. As a result, Ripple has established itself as a leader in the blockchain technology sector, having an award that motivates professionals to want to be part of the company, thus increasing its competitiveness and the quality of its human resources.

According to the website, the data was obtained after interviewing about half of the company’s employees, with a minimum margin of error:

Ripple’s Senior Vice President of marketing Monica Long was quite pleased with the recognition and congratulated the team on all the achievements:

As much as @Ripple has grown and the industry has transformed over the years, one thing has remained the same: it’s truly a #greatplacetowork. Congrats to our team! https://t.co/7uKKi9tXOr

Right now, Ripple’s XRP has gained a total market cap of 16,052,145,350 USD. A difference that seems to grow against Ethereum. The “flippening” trend seems to have stabilized now, with a closer competition happening on the cryptocurrencies that fight to be the fourth most important cryptocurrency: BCH (the BAB implementation) with 3.6 B USD, Stellar (XLM) with 3.4 B USD and EOS with 3.17 B USD 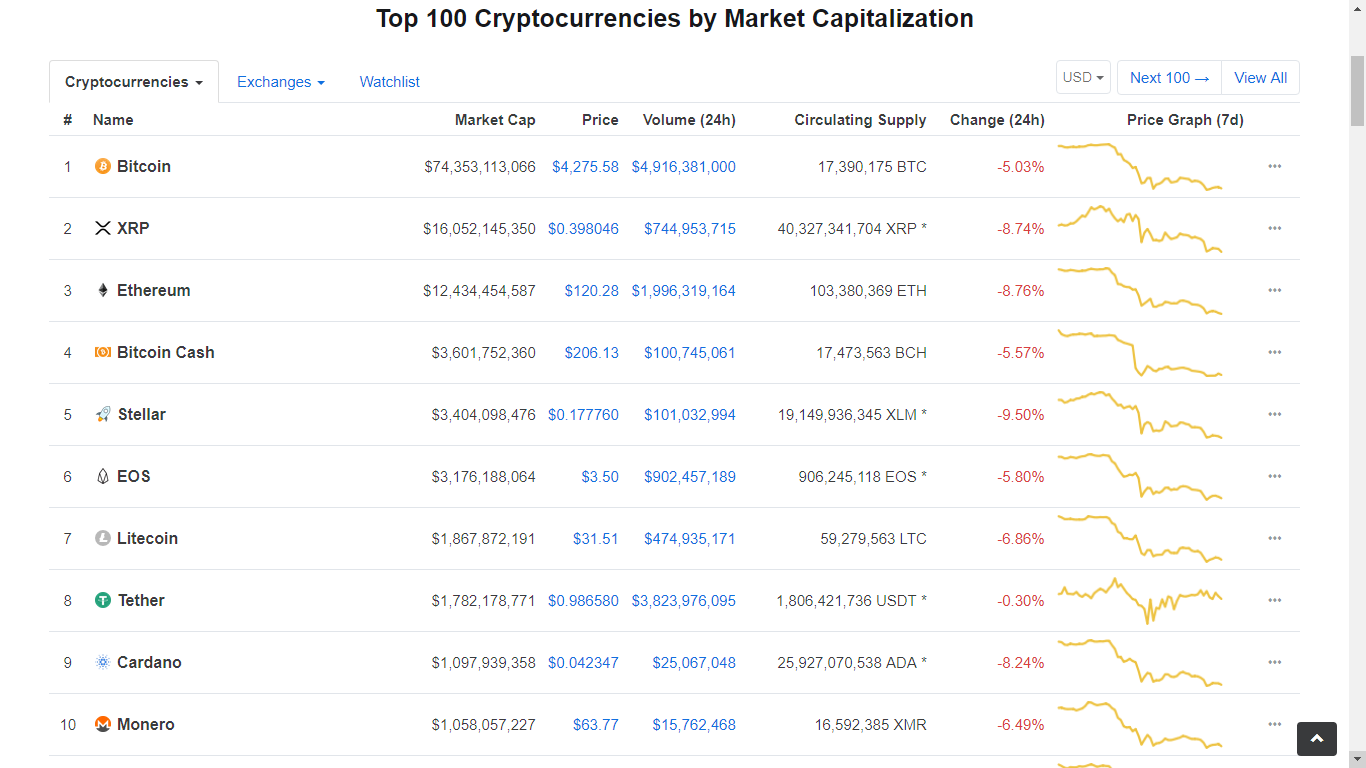