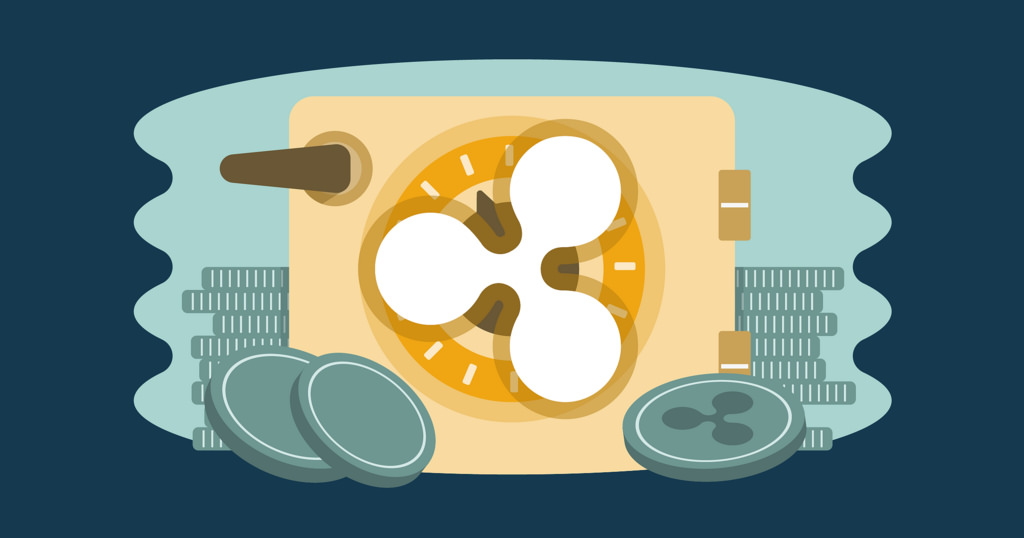 Ripple Price Analysis: XRP End-of-Sep Bulls are Back, Race to 80 Cents is On

Ripple’s objective is to create this new web of value rivaling the expensive cross border settlement network, SWIFT in use by more than 11,000 banks. So far, Ripple has been to some degree victorious and as they ramp up, hiring engineering and striking important partnerships not only with banks but with governments around the world, there is a minor problem as far as XRP use is concerned.

Just recently, Ripple updated xCurrent to version 4 giving options to willing banks to incorporate xRapid in their systems. Unfortunately, banks are reluctant and as explained by our team, this is partly because of the regulatory baggage its use will tag along. As such, independent payment providers are reaping benefits from incorporating xRapid and using XRP for cross border fund transfer.

After SWELL Conference of early October, it was announced that only institutions will leverage on xRapid— Mercury FX, Cuallix and Catalyst Corporate Federal Credit Union. Besides, there were hints that SCB and SBI Holdings will follow suit easing the flow of funds in the ASEAN region.

But the trail is getting colder and with doubts on whether XRP is a security or a utility, banks don’t want to expose themselves unless there is regulatory clarity.

Because of this, we expect payment processors, funds and international exchanges to increase their use of XRP and even make it base as they save costs and improve efficiency in their systems.

At spot prices, XRP is up 12.9 percent against the USD at the time of press. As a result, it is firmly in second placed and further expansion could soon see it challenge BTC as the most dominant coin in the space. And there are valid reasons for this. Not only was XRP resilient, absorbing sell shocks of the last two quarters but it the only coin in the second half of the year with a bullish outlook thanks to end of Sep 2018 revival. 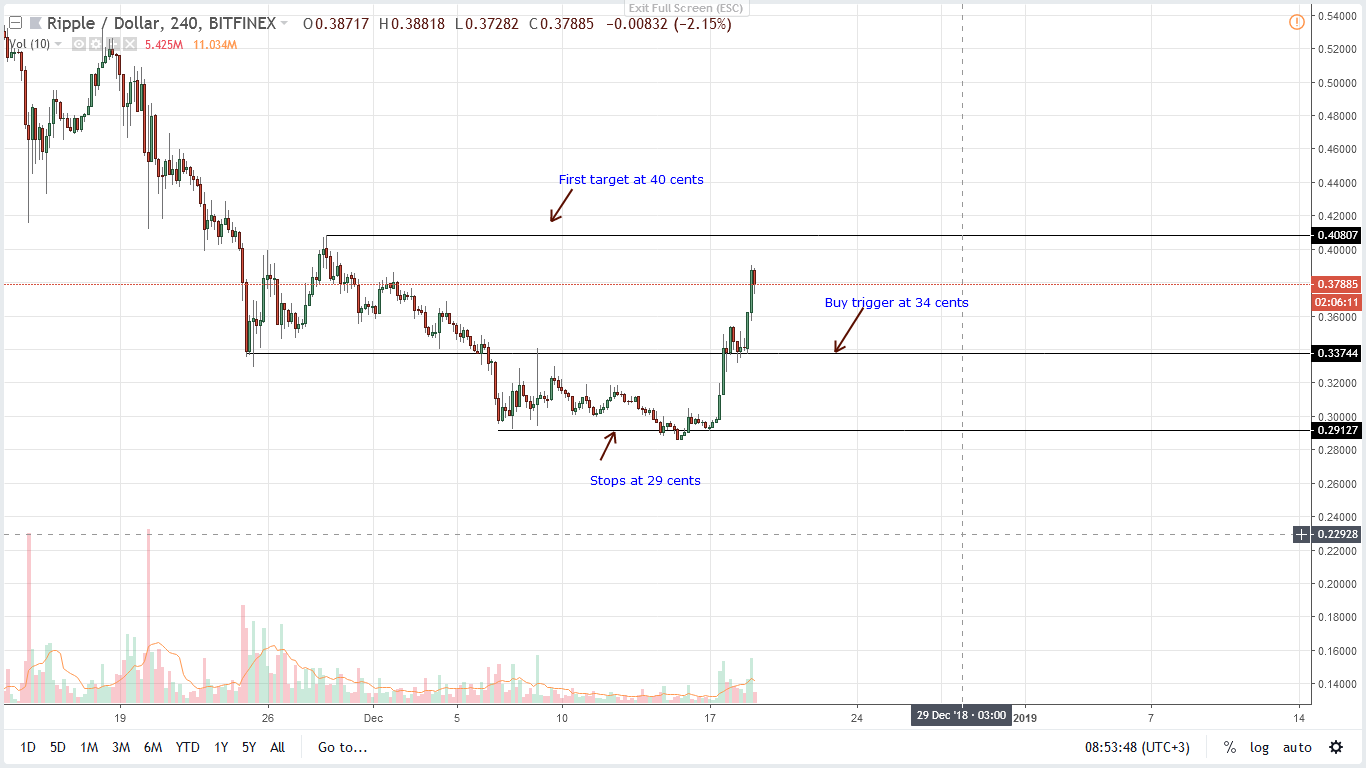 As mentioned, buyers are in charge—they have been in control since late Sep as laid out in previous XRP/USD trade plans—thanks to Dec 17 upswings. Because of this, XRP prices are now in sync with our broader outlook. With shift of trend of mid-Q3, we expect buyer’s momentum to pick up lifting prices towards Sep highs and even $1.65 as projected by Fibonacci Extension tool based on Sep high low.

Aside from Dec 8, 1500 HRs bull bar—with high trade volumes 23 million versus 9 million, the level of market participation on Dec 17, 1900 HRs bull bar—20 million versus 5 million average is a mark of bulls. This confirms our bullish bias and since XRP prices broke above Dec 8 highs, buyers should be searching for loading opportunities in lower time frames.

In line with above developments, our XRP/USD trade plan will be as follows:

This is not Investment or Trading Advice. Do your own Research.