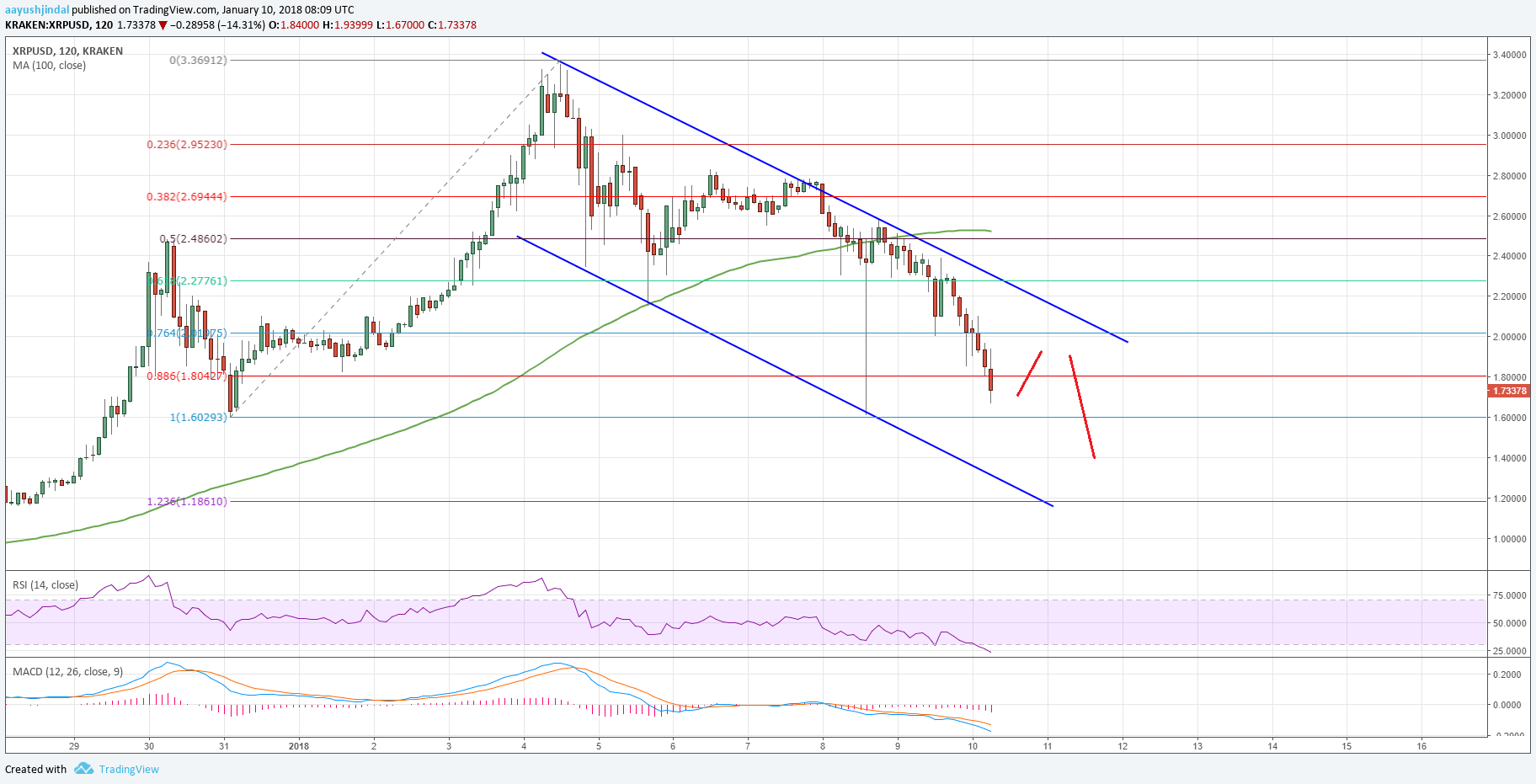 Ripple price has moved into the bearish zone below $2.00 against the US Dollar. XRP/USD will most likely extend declines toward the $1.40 level.

After a major upside move above the $3.00 level, Ripple price faced a lot of selling pressure against the US Dollar. The XRP/USD pair traded as high as $3.3691 before it started a downside move below the $3.00 level.

At the moment, there is a major descending channel forming with current resistance at $2.05 on the 2-hours chart of the XRP/USD pair. The pair is likely to extend declines toward the last swing low of $1.6029.

Should the current decline extend, there is a chance of XRP testing the 1.236 Fib extension of the last wave from the $1.6029 low to $1.3691 high at $1.1861. An intermediate support is around the $1.40 level where buyers may attempt to prevent further declines.

Overall, Ripple price is currently under a lot of pressure, and it could extend the current decline back toward the $1.40 level in the near term.