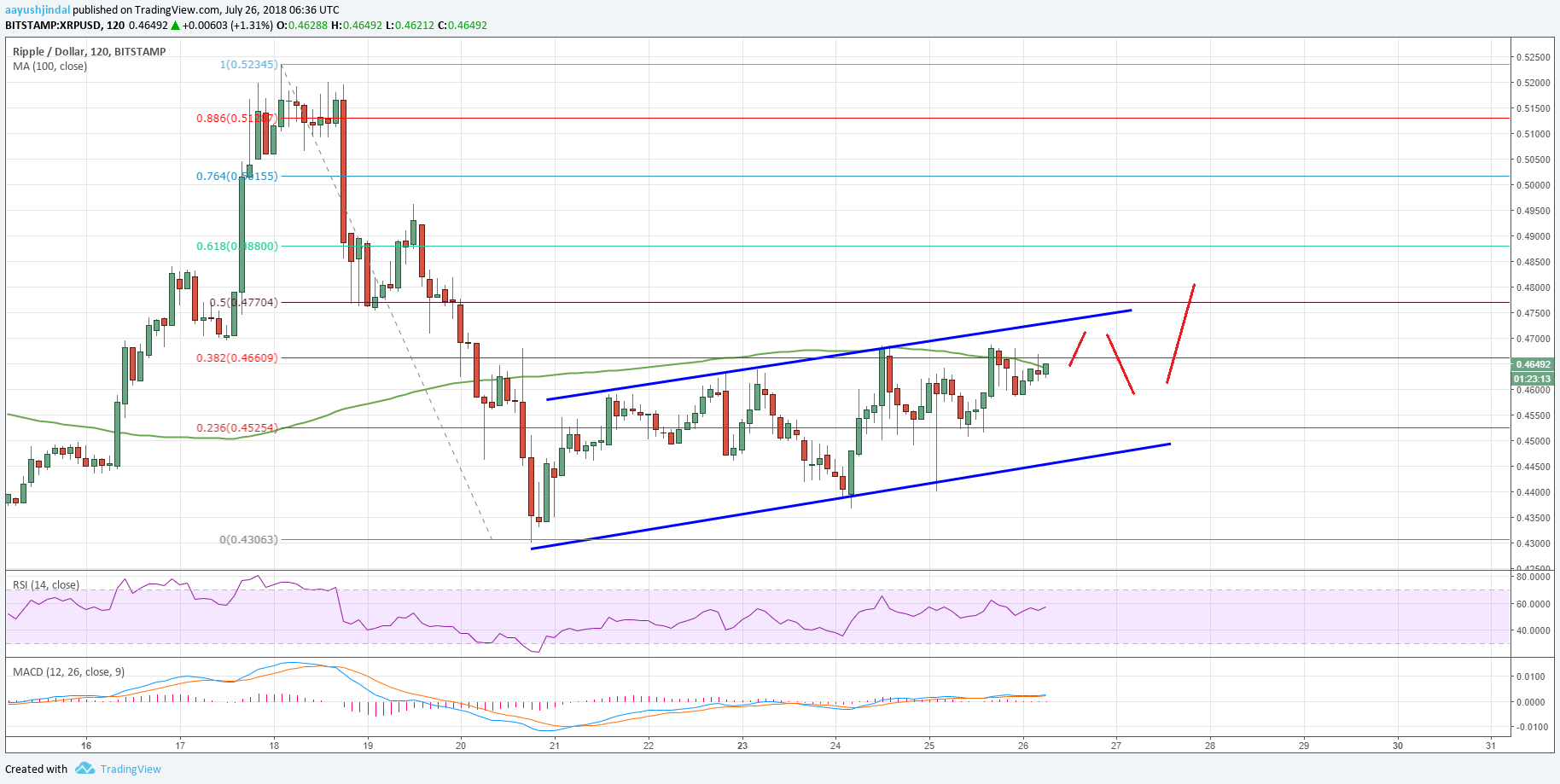 After a major decline from the $0.5200 resistance, Ripple price found support above the $0.4300 level against the US Dollar. The XRP/USD pair traded as low as $0.4306 and later started an upward correction. 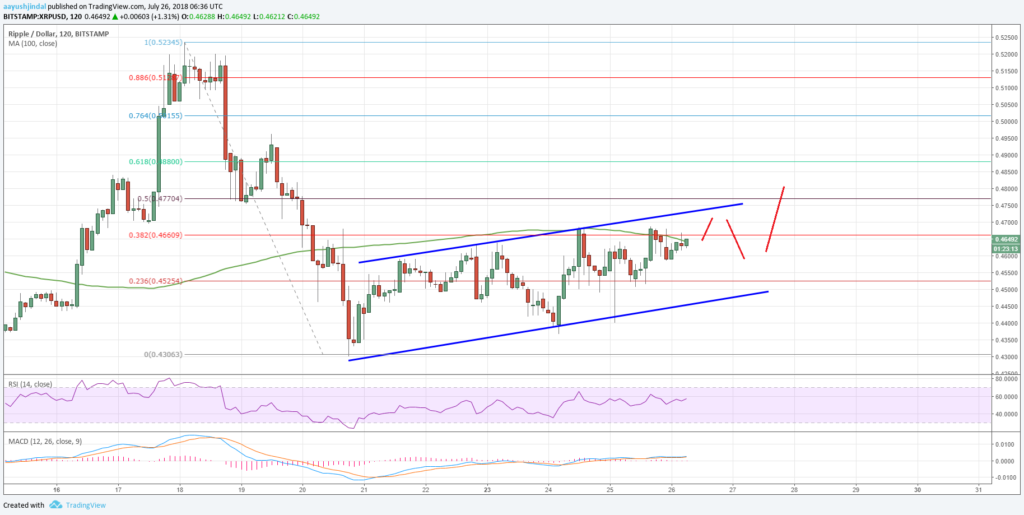 However, the upside move was capped by the $0.4680 resistance and the 100 simple moving average (2-hours). Moreover, an ascending channel with current resistance at $0.4720 also acted as a hurdle on the 2-hours chart of the XRP/USD pair.

At the moment, the pair is consolidating near the $0.4650 level and the 100 SMA. It may dip a few points from the current levels, but downsides are likely to find support near $0.4550. Moreover, the channel support at $0.4500 is also a strong barrier for ripple sellers.